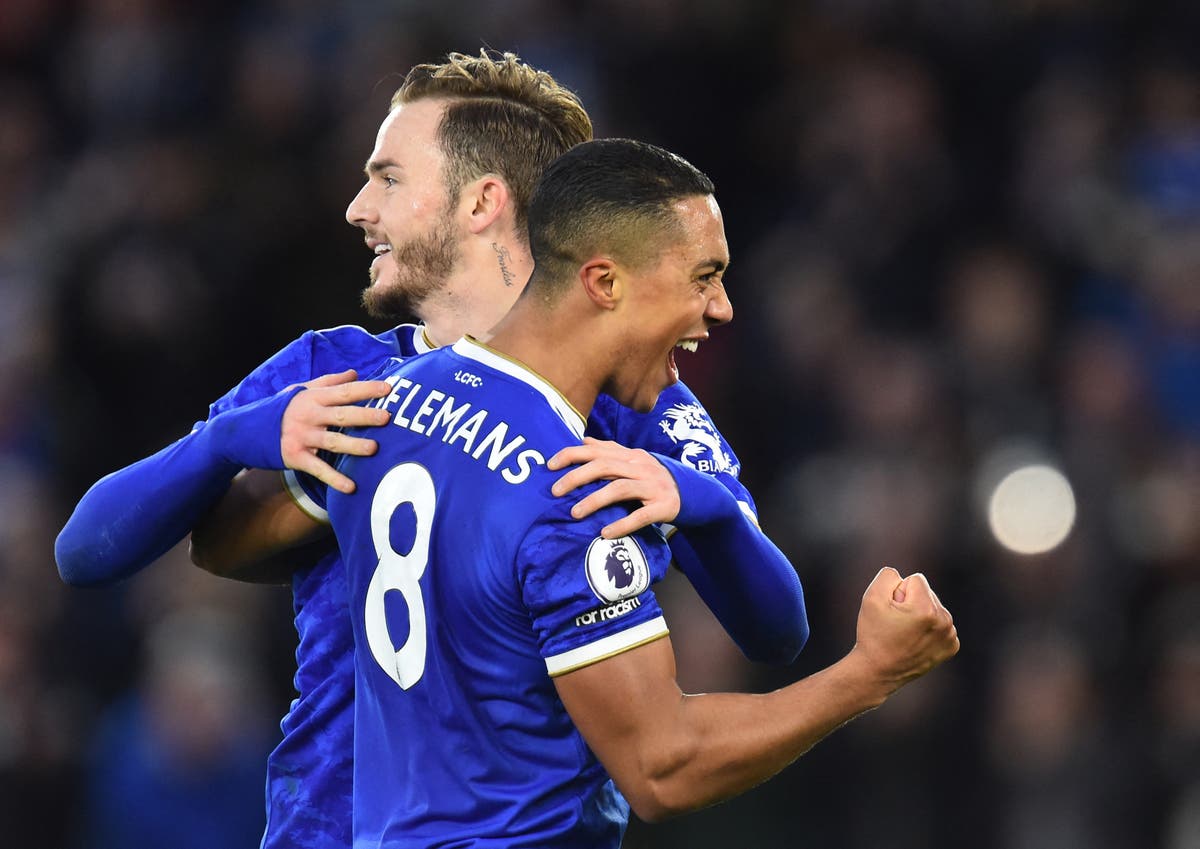 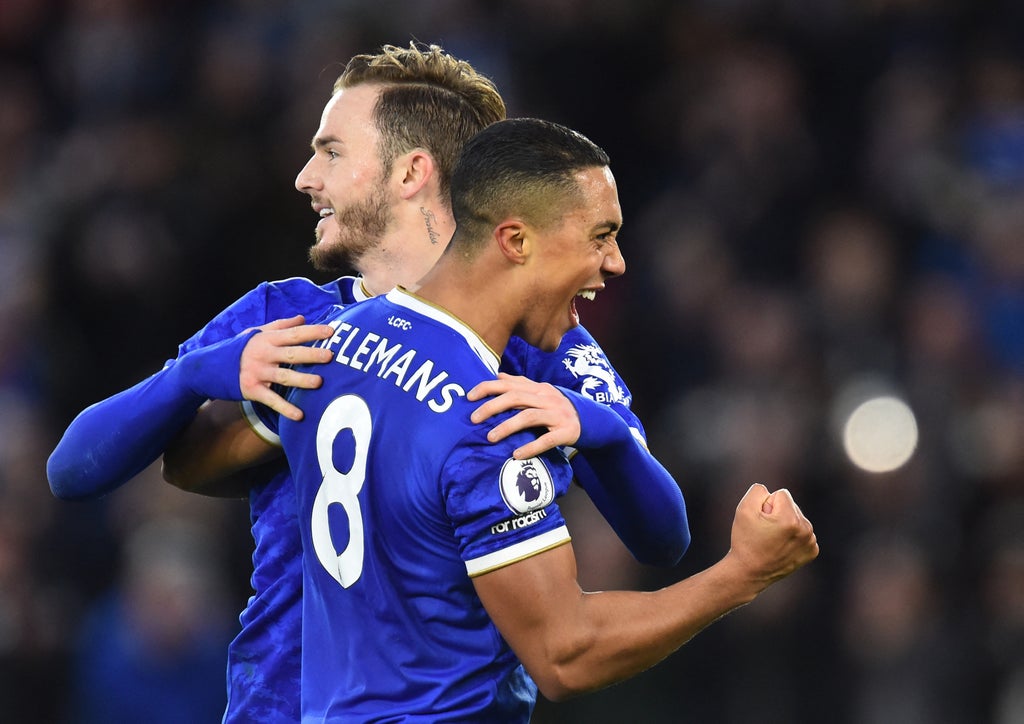 eicester hammered Newcastle 4-0 on Sunday to reignite their hopes of qualifying for Europe.

Off the back of being knocked out of the Europa League in midweek, the Foxes hosted Eddie Howe’s lowly Magpies looking for a confidence boost.

That came courtesy of a Youri Tielemans penalty, added to by Patson Daka’s tap-in to round off a slick team move, before late goals from Tielemans and James Maddison.

Leicester climbed to eighth and it was also their first league clean sheet since the opening day while the Magpies remain second-bottom, three points adrift of safety.

Callum Wilson’s early effort deflected wide before Fabian Schar’s shot was blocked in a bright start for the visitors. Leicester gradually began to see more of the ball and Maddison’s free-kick whistled over, while Martin Dubravka turned away Wilfred Ndidi’s header.

Yet the Foxes were laboured in front of an unusually subdued King Power Stadium, peppered with rare empty seats. They desperately needed a lift, with Newcastle looking comfortable if limited, and got it six minutes before the break.

Jamaal Lascelles was tempted to dangle a leg towards Maddison, who appeared to already be going down, and referee Peter Bankes awarded the penalty which Tielemans dispatched high past Dubravka.

The Magpies had reason to feel aggrieved but they needed to be bolder going forward, especially considering Leicester’s patched-up backline, to salvage anything.

Victory would have moved them level on points with Watford in 17th but Howe’s side were too tentative. Joelinton’s tame shot was gathered by Kasper Schmeichel eight minutes after the break and, soon after, Newcastle’s problems grew.

It took until the 57th minute for Leicester to really find their groove but they carved the Magpies open and a neat passing move ended with a sublime flick from Maddison to slip in Harvey Barnes. He unselfishly squared for Daka to tap in for 2-0 and score his seventh goal in just eight starts this season.

It knocked the stuffing out of Newcastle and, while Joe Willock shot over and Allan Saint-Maximin fired at Schmeichel, there was no way back – despite Leicester’s attempts to gift them a goal with 12 minutes left.

Timothy Castagne’s overhit backpass forced Schmeichel to race back to his line and produce a sliding clearance to stop a calamitous own goal. But Tielemans wrapped up the points with nine minutes to go when he fired in from close range, following another Maddison assist.

England international Maddison then got the goal he deserved four minutes later when he swapped passes with Daka and drilled beyond Dubravka.

Leicester boss Brendan Rodgers said: “[Maddison] was outstanding but I was more pleased with the collective, after all the players we have missing and the tough schedule we have had.

“I felt attacking-wise we have looked a threat and some of our play has been very good. To keep a clean sheet was very important for us.

“We finished with plus-26 goals in my first season, last season was plus-18. The basis of our work is defending and it gives us that platform to attack.

“It’s very difficult when the players who allow you that basis aren’t available. It’s a testament to the players, their mentality and spirit. They have been brilliant in a really challenging period with everything which has gone on. It was a real test of their mentality.”