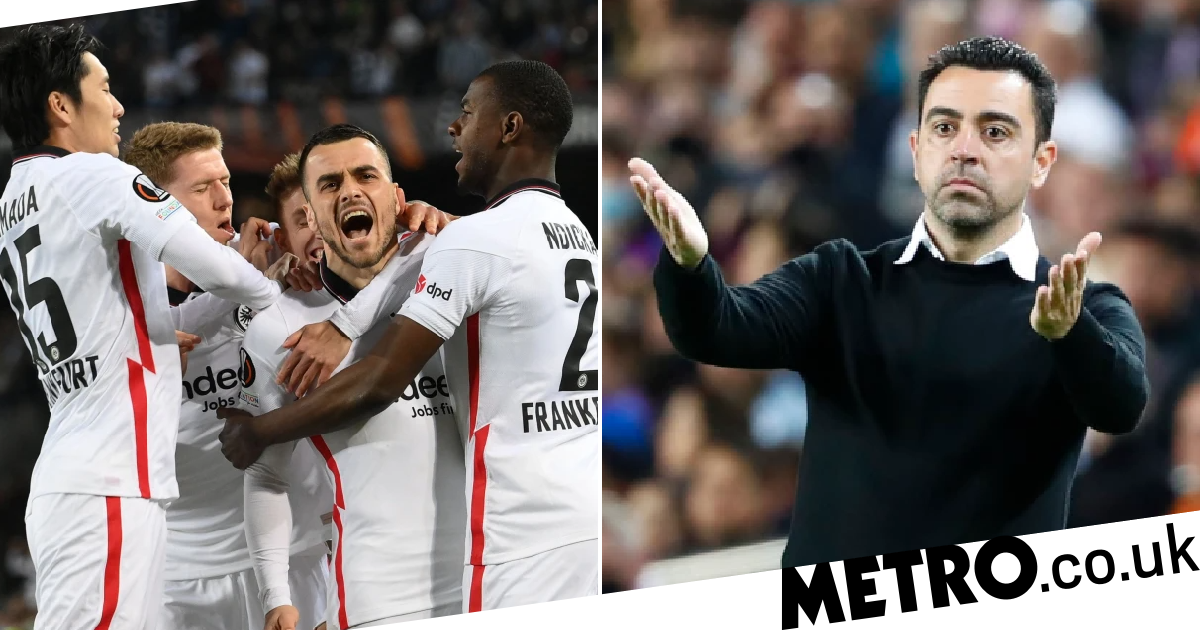 Barcelona boss Xavi has slammed his side’s performance in their shock Europa League defeat to Frankfurt, though feels they were hampered by the abundance of German fans who managed to get inside Camp Nou.

The Catalan club had to suspend ticket sales on Wednesday after thousands of Frankfurt supporters bought tickets in the home end, with estimates suggesting as many as 30,000 fans made the trip to Spain for Thursday’s game.

Far from being an intimidating atmosphere for Frankfurt, it felt more like a home match and the well-supported visitors netted twice in the first half before going 4-1 up on aggregate after a third goal in the second half.

Barcelona rallied in stoppage time, netting two late goals, but in truth that flattered the hosts who lacked the fluency and cutting edge which had seen them go 15 matches unbeaten.

After the match, Xavi was very critical of his team but feels they are still on the right track, while he was extremely disappointed with what happened in the stands and the heavy presence of Frankfurt fans.

‘It’s a very big disappointment,’ said Xavi. ‘We have to congratulate Frankfurt because they deserved to qualify, but we weren’t good.

‘We didn’t know how to create chances and attack, we didn’t play like we did in our last games. The match was one blow after another for us.

‘We didn’t focus on defensive transitions. Every time they reached our goal it seemed like they were going to score.

‘We made a lot of mistakes. The penalty kick [in the first half] was a mistake, the third goal was a mistake. We have to learn from these mistakes and criticise ourselves.’

He added: ‘This is a disappointment for me but let me say that this is part of the process we are going through. I think since November we have changed a lot of things. Defeat is part of football, despite what happened today we must continue to believe.’

On the fan issue, Xavi continued: ‘I was expecting 70,000 Barcelona fans to fill Camp Nou, but that wasn’t the case.

‘[The presence of German fans] was a miscalculation and the club is reviewing it. It looked more like a final instead of a home game.

‘Frankly, I’m disappointed and so are the players. We needed an atmosphere and it was not there. We expected more fans to support us.’

He added: ‘The atmosphere in the stands did not help us, that is clear. It affected us and we were not well, this is not an excuse though because on the field we were not good enough either.’