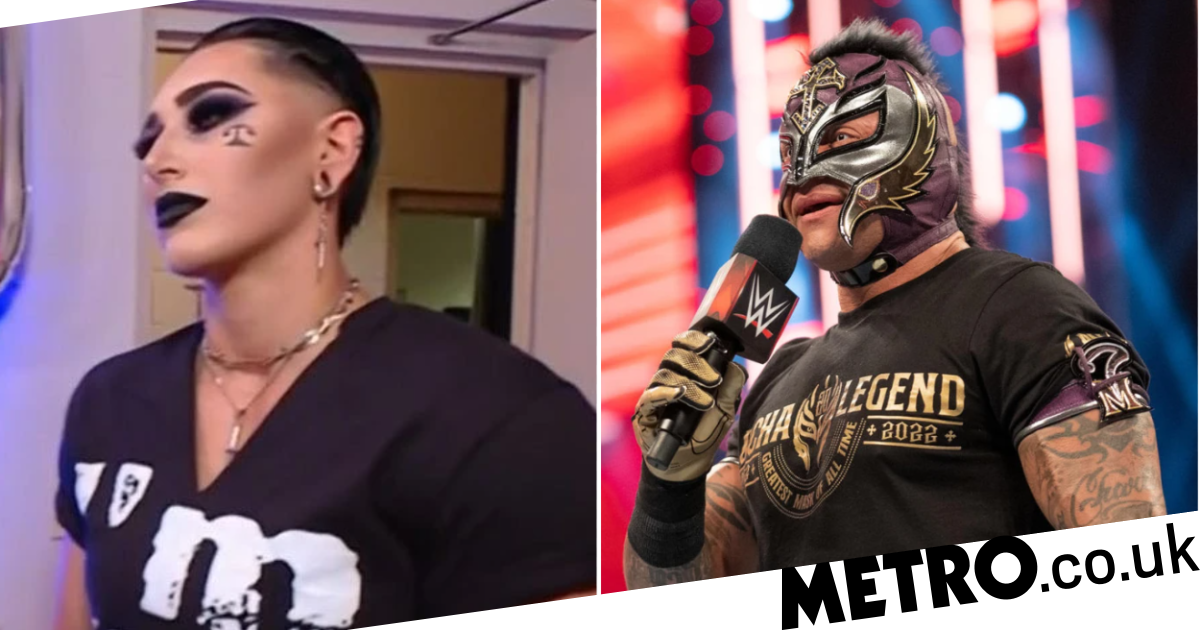 WWE kicked off a new era on Monday Night Raw with the first episode without Vince McMahon at the helm as Triple H took control.

Fans were treated to a more cohesive, flowing show with Rhea Ripley reuniting with her Judgment Day teammates Damian Priest and Finn Balor in their ongoing war with Rey and Dominik Mysterio.

The father/son duo came out to celebrate the masked legend’s 20 years with WWE, with a stunning video package doing his storied career justice.

Rey addressed the fans and name dropped some of his greatest opponents, including the likes of Kurt Angle, Batista and Eddie Guerrero.

Despite plenty of teases, his son Dominik didn’t turn on him as many fans expected, with Balor and Priest instead making their way through the crowd before the scheduled tag match got underway.

The bout was a strong one showing how much Rey still has to offer, but the real story came backstage as he celebrated with his friends and family backstage.

Ripley – who previously revealed she’s been out of action with ‘brain and teeth’ injuries – made her comeback, shoving his daughter and helping her Judgment Day allies beat down the iconic luchador.

Rhea instantly looks like a star, and the group as a whole came out of Raw looking strong despite taking the loss – and they’ve got a chance at redemption on Saturday night at SummerSlam when Balor and Priest face Rey and Dominik in a No DQ match.

WWE wasted no time getting into the action with Raw coming on air with The Miz and Logan Paul already brawling in the ring, clearly not ready to wait until SummerSlam – or later tonight.

Later in the night, Logan was back with Impaulsive TV, with Maryse urging him to stop making fun of her husband’s tiny balls before the A-Lister talked trash and Ciampa helped him lay out the controversial YouTuber.

The show properly kicked off with The Bloodline heading to the ring, and Paul Heyman was at his typical best selling the upcoming Last Man Standing Match between Roman Reigns and Brock Lesnar.

Theory interrupted and once again made it clear he wants to cash in his Money In The Bank briefcase this weekend, while the Head of the Table delivered a scathing nod to Vince McMahon’s retirement as he said: ‘Your daddy’s not here anymore.’

He tried to attack one of the Usos, but the Tribal Chief stopped his cousin from responding, and led his family from the ring.

In the first match of the night, Theory battled Drew McIntyre in a fun clash, before Sheamus, Butch and Ridge Holland attacked the Scottish Warrior causing the disqualification.

Bobby Lashley saved Drew from the beatdown, leading to him and McIntyre facing Sheamus and Theory in a cracking and very physical tag team match, which the All Mighty won with a Hurt Lock on Theory after a distraction from Dolph Ziggler.

We then saw Alexa Bliss beat Doudrop in a solid match with saw the Goddess – who vowed to challenge whoever the Raw Women’s Champ is after SummerSlam – deliver a confident performance.

During the break, Ronda Rousey came out to attack Doudrop and her partner Nikki A.S.H.

AJ Styles and Dolph Ziggler won an exciting tag match against Alpha Academy, with all four men – including the supremely charismatic Chad Gable and his intimidating partner Otis – getting time to shine.

In the main event, the Street Profits duo Angelo Dawkins and Montez Ford teamed up with Riddle to face The Bloodline in a rare TV appearance for Reigns alongside his cousins.

As we’ve come to expect from WWE’s six-man tag matches, this was fantastic from start to finish, and the ending was exciting as Reigns countered an RKO and hit a Spear for the win.

Seth ‘Freakin’ Rollins teased something withhis former Shield partner as he came out, before launching a vicious attack on Riddle.

He cracked him with the steel steps and hit a Stomp onto them to end the show on top with just days until SummerSlam.

WWE Raw airs Monday nights at 1am on BT Sport 1.