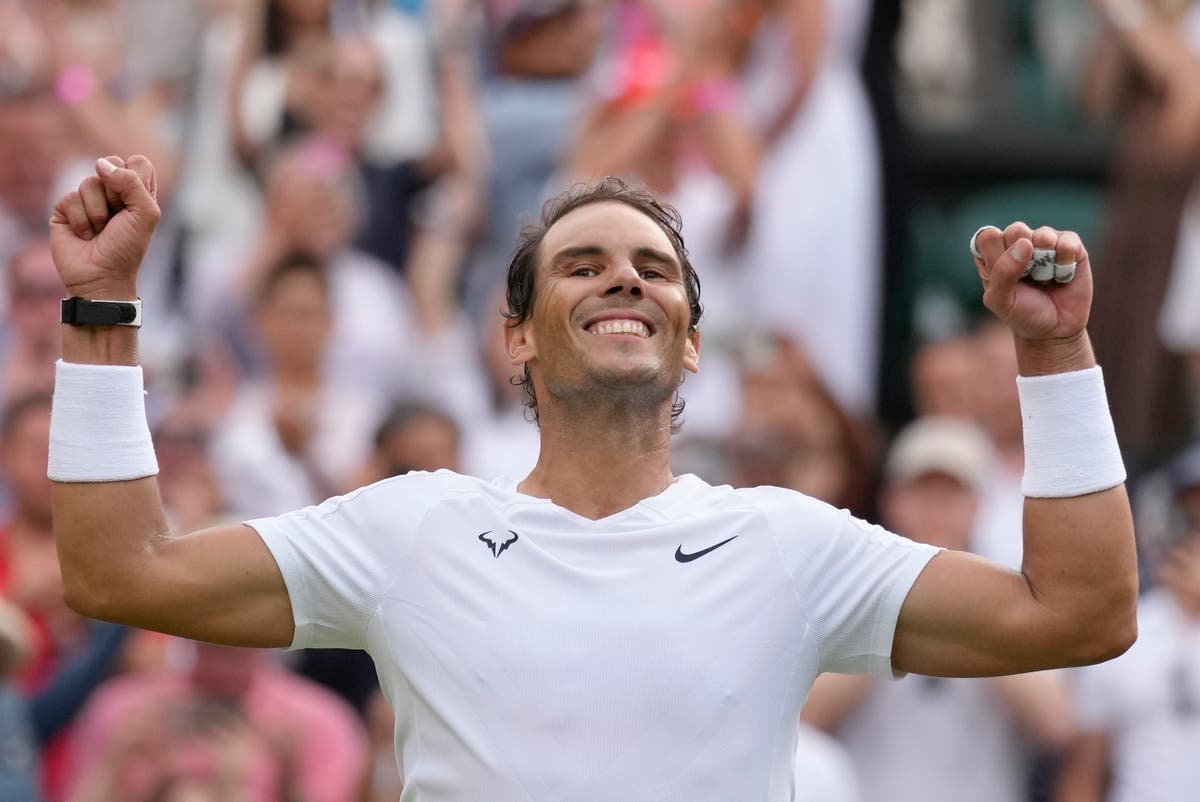 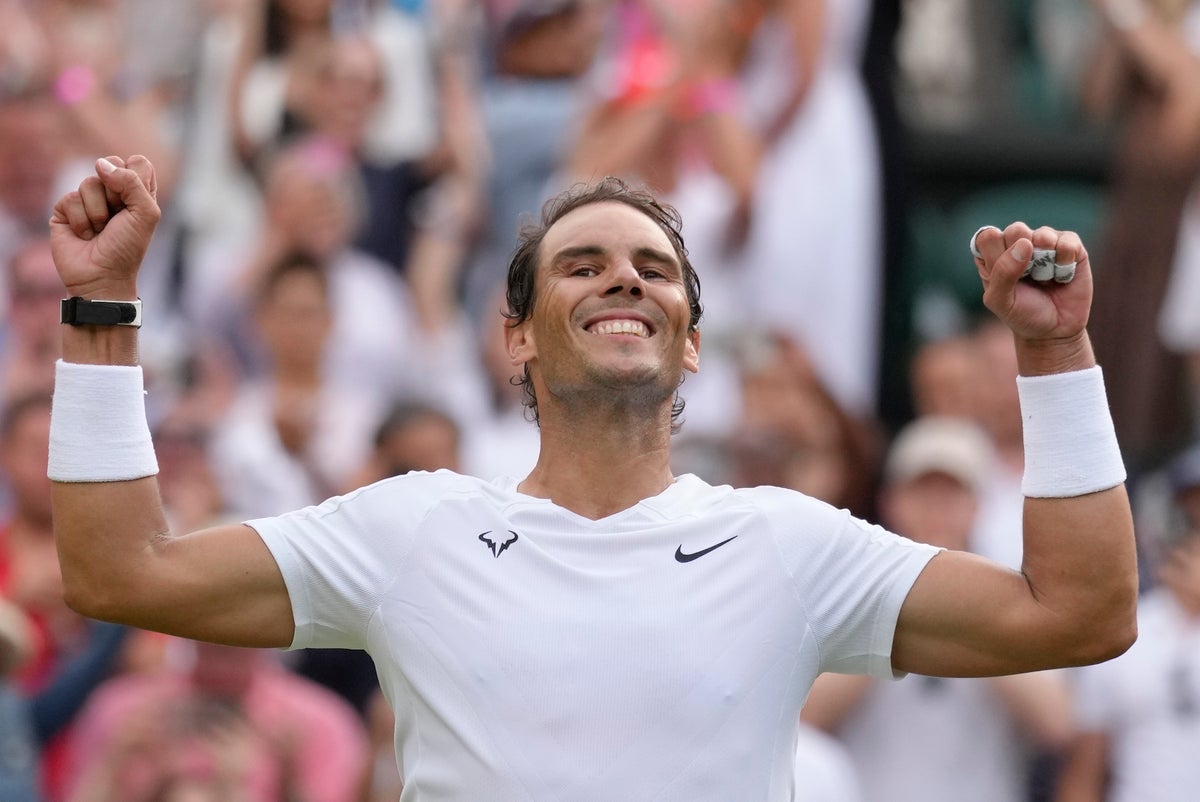 The highlights package alone is unlikely to be much shorter than the four hours and 20 minutes it took Nadal on Centre Court. There was a fifth set tie-break, 15 breaks of serve and a medical timeout but the Spaniard somehow battled his way into the Wimbledon semi-finals with a 3-6 7-5 4-6 7-5 7-6 (10-4) victory.

Only three men have beaten Nadal in 2022, with Fritz one of those after his success in the final at Indian Wells earlier this year. The in-form American, who had not dropped a set going into the quarter-finals, looked set to double up, particularly when Nadal went off to receive treatment on an abdominal injury in the second set.

But Nadal found a way, as he so often does, and he is two wins away from taking his push for history onto a plane to New York for the US Open later this summer.

Next up for the Spaniard is a last-four match against Nick Kyrgios. It’s unlikely to be boring.

Fritz was broken just five times across his four wins to reach the quarter-finals but Nadal quickly made inroads into the American’s serve with a break in the opening game of the match. Things continued to look comfortable for Nadal, as he put away a simple volley at the net to hold and lead 3-1.

That proved to be the last game he would win in the set. Nadal saved three break points but Fritz got it back on serve at the fourth time of asking and from nowhere, Fritz then found himself serving for the set at 5-3 as a poor forehand from Nadal was followed by a double fault. Consecutive aces out wide from the American got the job done with minimal fuss.

It was a familiar tale in the second set, as Nadal broke early to rush into the lead. But Fritz then got a break of his own, aided by two Nadal double faults, and that was sandwiched by two holds as the set was levelled up at 3-3. This time he had to settle for just the three games in a row, as Nadal saved a break point to stop the rot and edge back in front.

At that point Nadal went off to receive treatment, with his serve dropping to 90mph at times. The serve continued to be tame on his return – a drop shot and the trademark forehand looked to be the only truly functioning options available to him. That was enough. Fritz stepped up to take it to a tie-break but couldn’t do so as a Nadal drop shot set up a routine volley to break at the perfect time and level the match.

The Nadal heroics did not continue into the third set, as Fritz once again got a break assisted by a double fault. A relatively uneventful period followed that, as the pair exchanged comfortable holds. That was until Nadal stepped up, serving to extend the set at 5-3, but was duly broken as Fritz, producing a couple of superb returns, moved to within a set of the semi-finals.

Serve seemingly meant very little at the fourth set, with three straight breaks. Fritz immediately cancelled out Nadal’s opening efforts, but the Spaniard moved a break in front once more as both players struggled for consistency. The response eventually came from the American, as the forehand of all shots let Nadal down and two unforced errors allowed Fritz to get it back on serve. He then held and Nadal was serving to stay in the tournament. The pressure was on but Nadal did his job and then some, breaking to lead 6-5 and then racing through a hold to love to take it to a fifth set.

Six holds of serve began a nervy decider, before Nadal landed the first blow in anger. A massive forehand set the point up, and he matched the ferocity with the most delicate of touches to seal the break with a drop shot. Immediately Fritz got it back on serve though, and both players kept their nerve to take it to a tie-break. Nadal charged to a 5-0 lead and never looked back. It was a forehand winner, what else, that put an end to Fritz’s challenge once and for all.