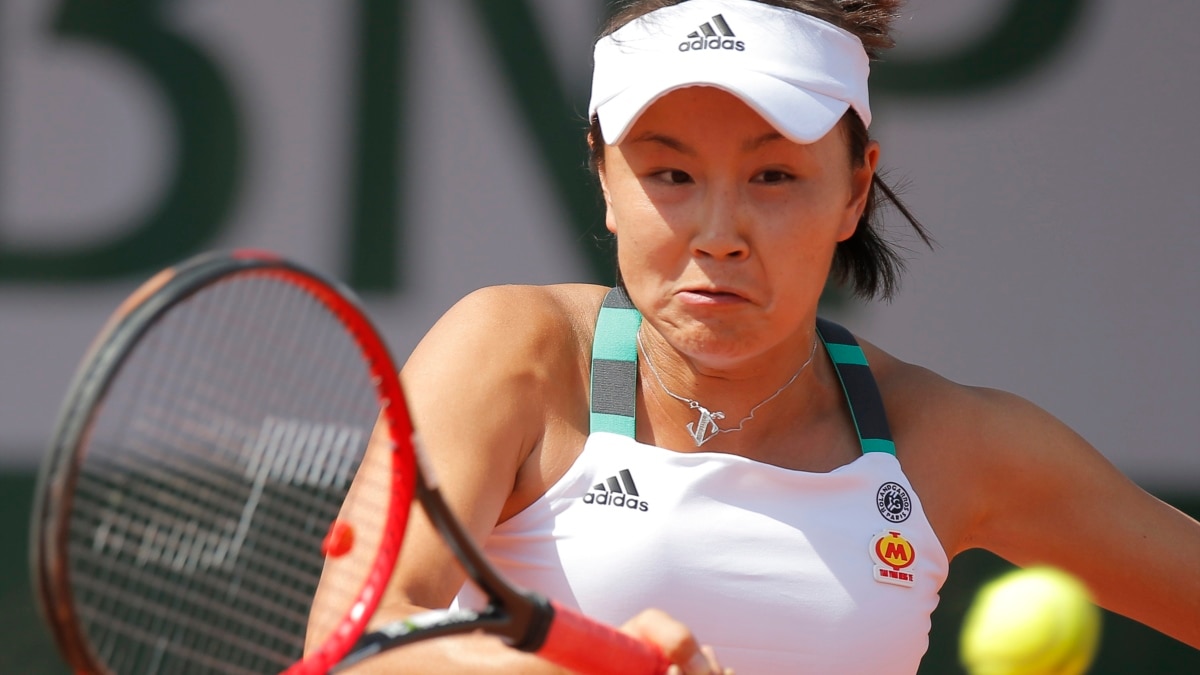 The apparent disappearance of a Chinese Olympic tennis star who alleged sexual assault by a former high ranking politburo official seems to indicate that the Chinese government wants to repel any threat to its rule, observers said Thursday.

Chinese authorities had the post quickly deleted. This week, though, rights groups began asking where Peng could be found and the U.S.-based Women’s Tennis Association demanded that her claim “be handled properly, meaning the allegations must be investigated fully, fairly, transparently and without censorship.” It threatened to withdraw tournaments from China, as well.

The communist government seldom tolerates negative comments about officials. Other challengers, such as authors, dissidents and Hong Kong booksellers have reportedly gone missing after offending the leadership. Some turn up in the legal system.

“We can connect the dots and suspect that Beijing is behind all of this,” said Alexander Vuving, professor at the Daniel K. Inouye Asia-Pacific Center for Security Studies, in Hawaii. “They’re in the custody of the party.”

Chinese control over information is “built upon the historical notion of the emperor’s role as mediator between heaven and earth, and, thus, as a quasi-divine figure,” researcher Michael McCarty of Baylor University said in a study.

Zhang, 75, had a decorated career as a Communist Party Politburo Standing Committee member and a Communist Party secretary in the port city Tianjin. He had chaired government committees that oversaw the Three Gorges Dam megaproject and the Belt and Road initiative for international infrastructure development.

“I think the thought behind this sort of matter is usually the group is bigger than the individual and stability is above all else, so according to that thought, of course you can have ideas, but don’t impact overall stability and that overall stability of course includes Communist Party control,” said Huang Kwei-bo, associate professor of diplomacy at National Chengchi University in Taipei.

“Her experience has … urged people to reflect on the feminist movement, because the movement will inevitably touch and confront those in power,” Lu said. “I also see people are frightened by Peng’s disappearance. I guess it’s difficult to simply say that her courage has encouraged everyone. But in my opinion, Peng’s outspokenness is of great significance to China’s #MeToo movement.”

China in the crossfire

China’s official Global Television Network posted an English-language email Wednesday, purportedly written by Peng, saying she had never confirmed the association’s statement and that she was resting at home.

The International Olympic Committee said it was “encouraged by assurances that she is safe.” Peng had played in the 2008, 2012 and 2016 Summer Olympics.

However, rights groups and tennis observers suspect a cover-up. Media outlet Tennis.com’s Twitter feed leads with the line “I have a hard time believing that Peng Shuai actually wrote the email we received.”

“To use a tennis metaphor, the ball is now in China’s court,” said Daryl Adiar, associate professor of sport management in the Business School of University of Technology Sydney.

“Peng Shuai seems likely to be seeking a hearing in a court of law, something about which complainants the world over ought to be entitled.”

Chinese officials have not commented on Peng Shuai’s status or the tennis association’s demands.