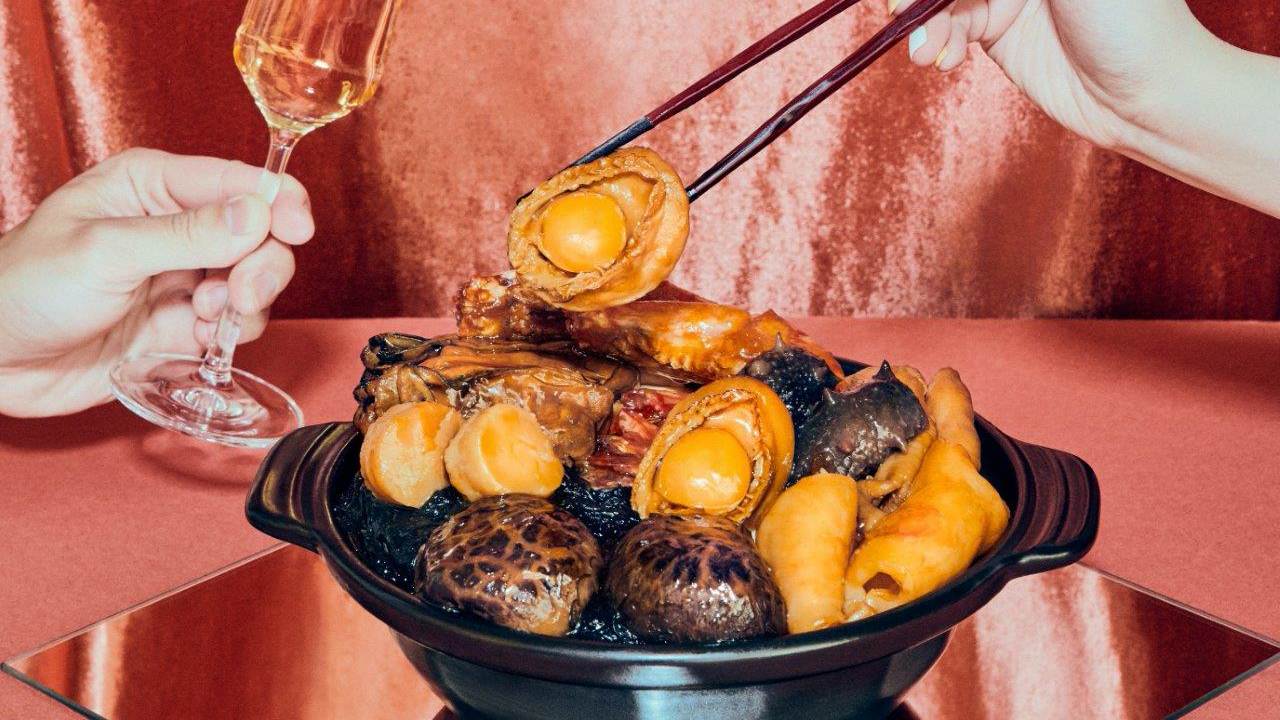 From five-star hotels to local favourites, a variety of Hong Kong chefs are serving up their take on the celebratory Chinese dish.

Once shared amongst the whole village in Hong Kong’s outskirts of New Territories, the poon choi has moved in homes of many as a marker of grand celebrations. And Chinese New Year is no different — if not the grandest of all grand celebrations.

The poon choi, or Chinese casserole, is a literal translation of its Cantonese namesake: a basin filled to the brim with premium food. Shared amongst family and friends for blessing of unity, each carefully selected ingredients are also symbolic with auspicious meanings. Which also means, the more you eat out of the poon choi, the better luck you’ll receive for the Year of the Tiger, hopefully!

At The Peninsula, the decadent poon choi is finished with all the usual trappings of the traditional Chinese casserole: abalone, dried conpoy and braised chicken. What’s special though is the vessel it arrives in: a special STAUB dish in lucky red. Should you decide to impress family this year it’ll been an impressive table centrepiece, if not a useful addition to kitchen utensils at home. Maybe next year, it’ll even inspire you to create your very own poon choi.

In perfect stride with age-old traditions, Duddell’s poon choi is stocked with all the usual suspects that have been meticulously prepared and layered over one another for a stunning showcase. There’s a choice of two, Deluxe or Premium, with the difference being stacked with either 5- or 10-head braised South African abalone heads. Otherwise, the ingredients are a sumptuous sort of 11 types, ranging from braised sea cucumber and fish tripe to semi-dried oyster soaked in osmanthus honey, pork belly and a whole range of bean curd sheets.

This poon choi iteration may be far from what you’re typically used to, but Soil to Soul’s executive chef Gu Jin Kwang reassures that his Korean temple foodmtake is a close replica of the traditional Chinese poon choi experience. The braised pot is flavoured with two distinct sauces — Korean Soy Bean, made with soy sauce that’s been marinating for over 10 years, and Korean Sweet & Spicy. Within is a hand-picked selection of ingredients that both nod to auspicious Chinese New Year choices and highlight the contemporary Korean restaurant’s signatures, including Korean radish dumplings complemented by a series of mushrooms, pan-fried Korean tofu, mushroom-stuffed lotus root layer and cabbage kimchi.

Soil to Soul’s poon choi is available for groups of either four (HK$888) or eight (HK$1,688). Orders must be placed three days in advance.

China Tang’s poon choi (HK$1,988 / four) is available from now through 15 February. Orders must be placed three days in advance.

An exquisite selection of 16 ingredients top the poon choi from Four Seasons Hotel, which is a close replica of the traditional Chinese winter casserole. Slathered in a rich braised abalone sauce, the ingredients is a premium global from classic 5-head South African abalone to Chinese mushrooms and Japanese conpoy. Also layered within are salted egg-yolk prawns, dried oysters and more.

One-Michelin-star Yat Tung Heen puts together a very impressive poon choi in neat, organised fashion. You’ll be able to spot a roster of traditional — and auspicious! — Chinese New Year ingredients from prawns and oysters, sea cucumber, roasted goose, marinated chicken, pork knuckle and the star of the casserole: ten abalones. A indulgent feast for the holiday this promises, indeed.

Yue’s poon choi (HK$1,699 / four) is available from now through 28 February. Orders must be placed one week in advance.