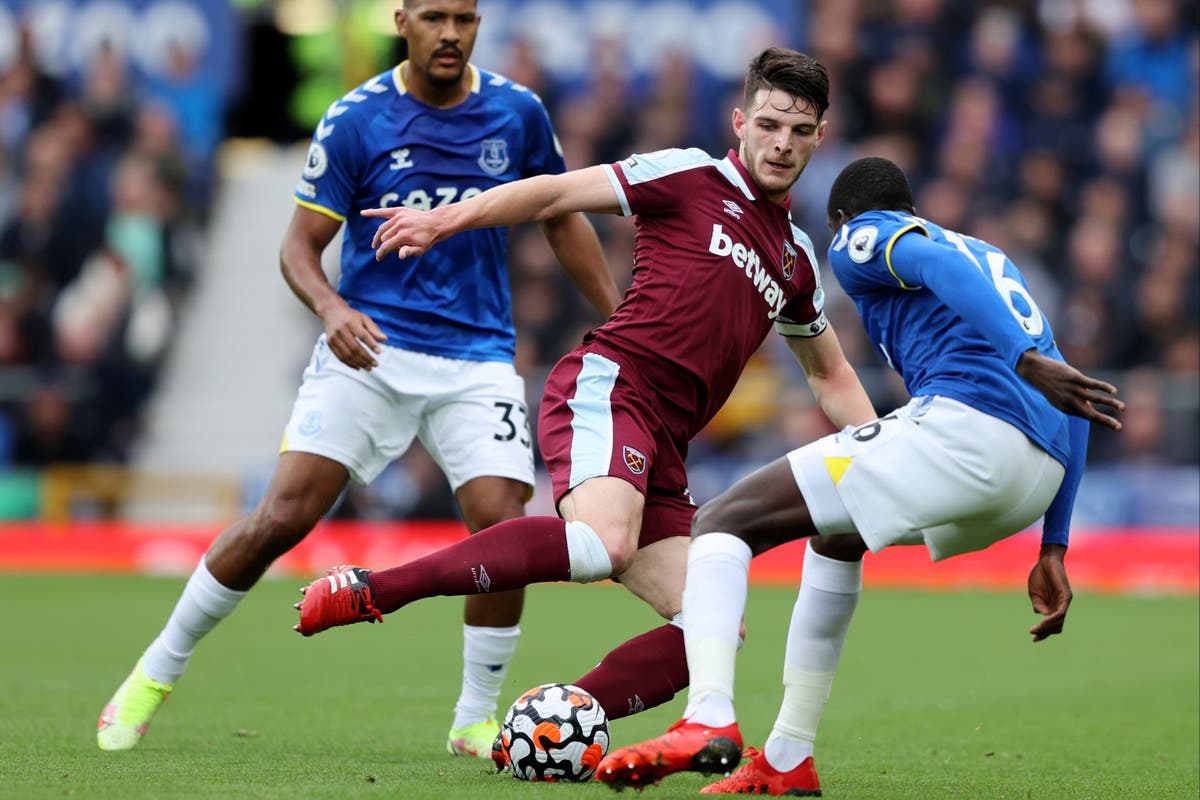 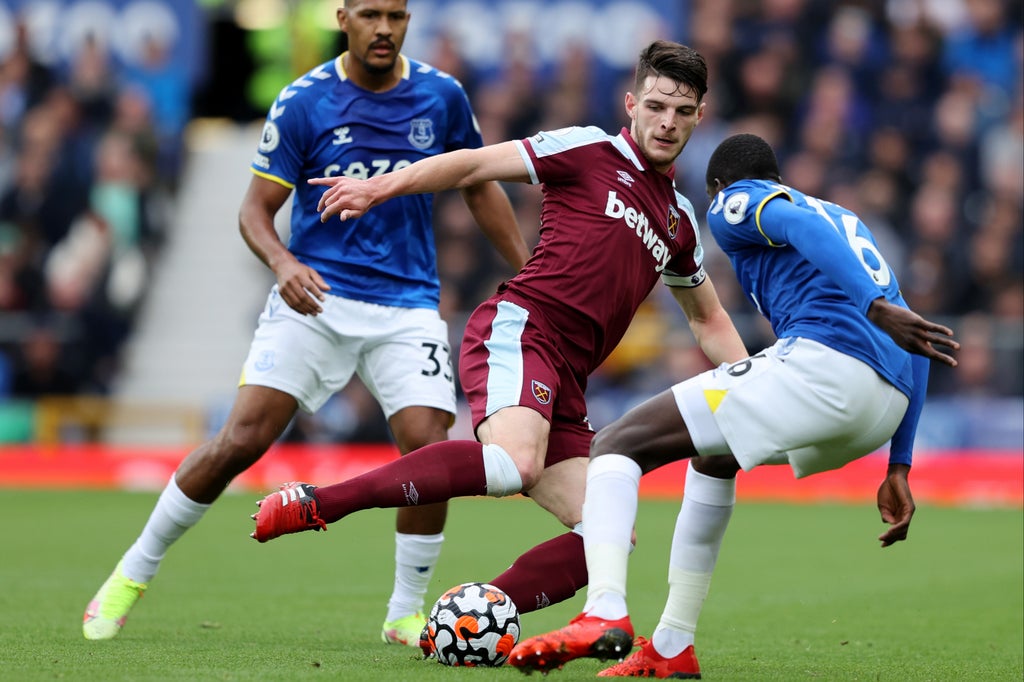 ngelo Ogbonna scored the only goal as West Ham battled to a 1-0 win over Everton.

Didn’t have too much to do on a fairly quiet afternoon. Anything that did come the Pole’s way he dealt with little fuss.

Another good game from the Frenchman, who has slotted in seamlessly since his move from Chelsea this summer.

Probably West Ham’s best player across the 90 minutes. Made a number of vital blocks and popped up with the winning goal too.

A decent display from the left-back, who looked to cause problems when he was able to get forward. Solid in defence.

The midfielder is just so vital to this West Ham team. Barely put a foot wrong all game and, particularly in the first-half, controlled the game.

Screened the defence well along with Rice and put himself about. Had a goal ruled out for offside.

Supplied the goal with a great corner. Went close in the first-half too with an effort that Soucek tapped in, only for the Czech to be flagged offside.

Lots of nice build-up play, but his game was lacking an end product. A frustrating afternoon for the playmaker.

Neat and tidy throughout the game. Went close to scoring when he tried to bend one in from the edge of the box.

A quiet afternoon for the striker. Worked his socks off as always, but failed to get many chances. Booked for diving.