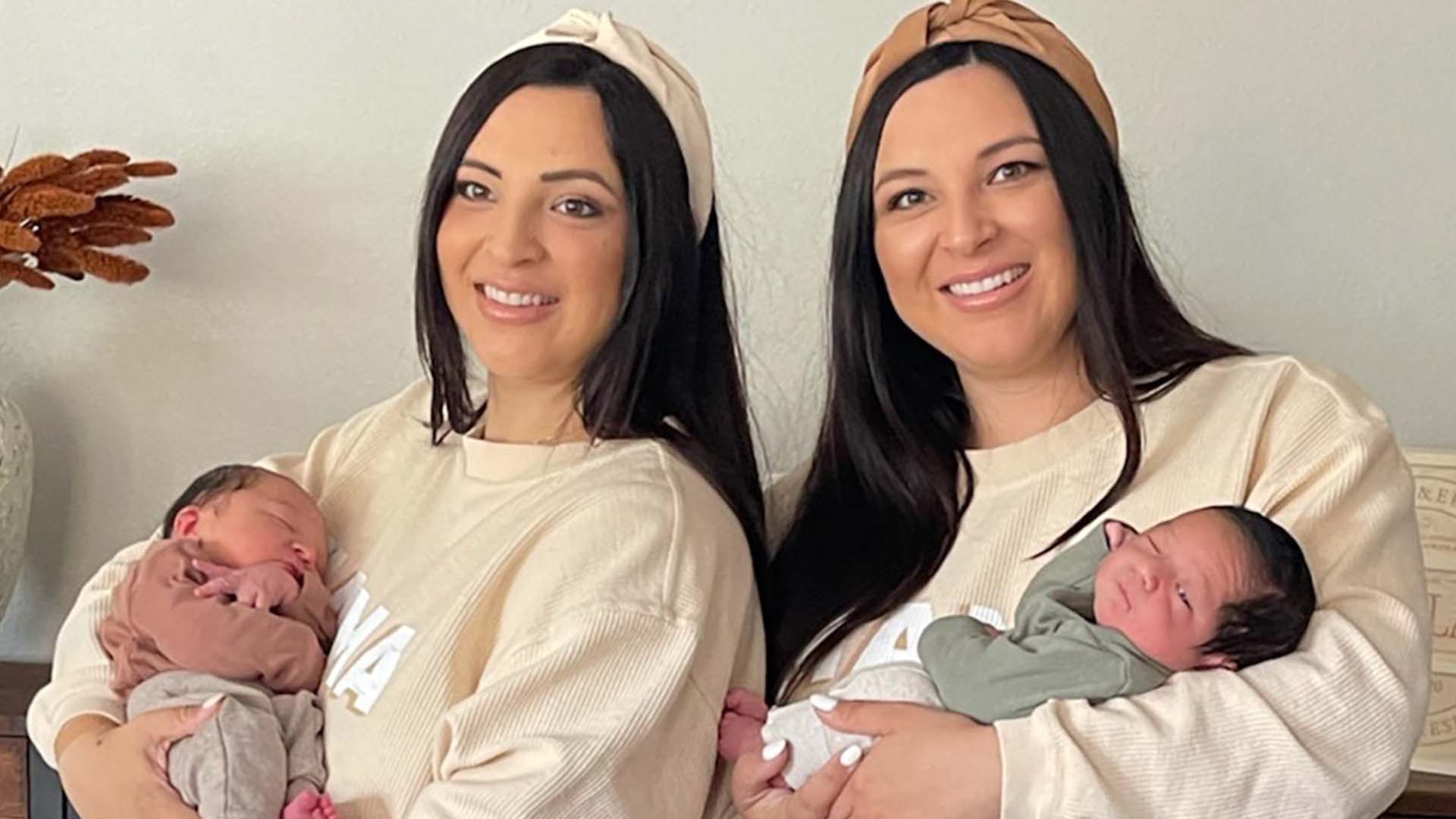 IDENTICAL twin sisters have revealed how they gave birth to their baby boys on the same day.

Jill Justiniani and Erin Cheplak both gave birth to a health boy on May 5 – despite their due dates being ten days apart.

The sisters, from California, US, do everything together but weren’t expecting to coordinate giving birth on the same day.

Now, the two have become parents just five hours apart, in the same hospital and their sons – Silas and Oliver were even the same weight and height.

Both boys weighted 7.3lbs and were 50.8cms tall and even have the same middle names, James. 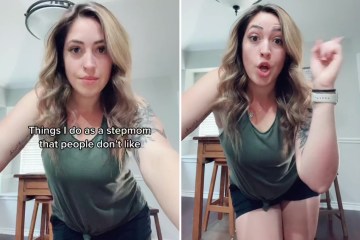 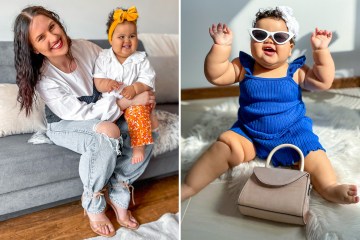 Speaking to PEOPLE, Jill said: “It just feels like it was supposed to be.

“It is a little surprising because what are the odds? But it’s like, of course this would happen to us.”

While the twins admit they planned to get pregnant at the same time they never imagined their labours would align.

Jill was schedule for a caesarean section because Oliver was in the breach position, at that point Erin’s son wasn’t due for another ten days.

But she woke up in the morning and her waters broke, “I called my husband, Zach, and I said, ‘Okay, this isn’t a joke. My water just broke. I’m going to need you to come home from work and take me to labor and delivery,’ ” she recalled.

Arriving at the hospital the sisters and their husbands spent the next few hours together as Jill waited for her procedure and Erin was in active labour.

After giving birth, the two mums spent the next few days in hospital supporting each other and recovering together after being given rooms across the hall from each other.

“That’s just another really special thing for our sons — they’re going to have a sense of closeness that they can also rely on each other the way that my sister and I did,” says Jill.

Erin was living at  Long Beach, 45 minutes away form her sister when she found out she was pregnant.

But has since moved to Yorba Linda, just five minutes away form her sister so their sons can grow up together.