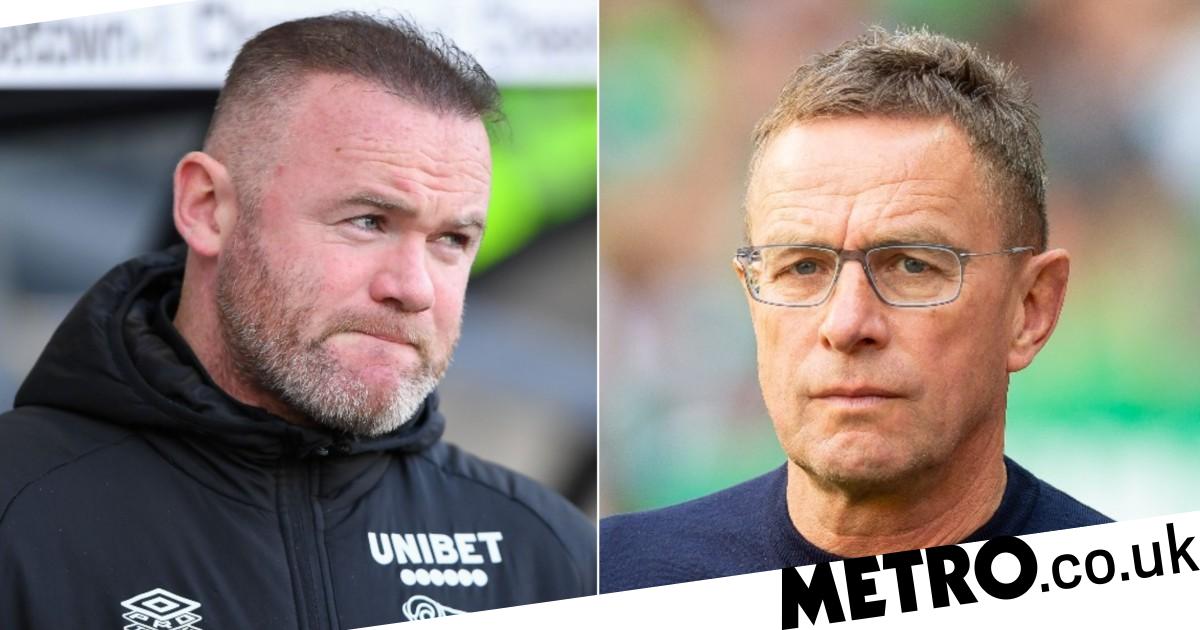 Wayne Rooney believes Ralf Rangnick has a ‘tough’ job on his hands at Manchester United but believes the German will ring ‘stability’ to the squad.

Following Ole Gunnar Solskjaer’s sacking last Sunday, United have moved to appoint Rangnick as an interim manager for the remainder of the season.

The highly regarded 63-year-old, who has vast experience in the Bundesliga with Schalke, Hoffenheim and RB Leipzig, has also been offered a two-year consultancy role with United which he will begin next summer.

United have lost five out of their last seven Premier League fixtures and are set to face a tough battle to secure a top-four finish this season.

But Rooney believes United’s decision to bring in Rangnick is the ‘right appointment’.

‘I think he’s obviously very highly respected in the game, and I think he’s got a tough job to come in [to],’ said Rooney.

‘I don’t mean in terms of his ability, in terms of to come in for six months and stamp his way of playing and his pressing if you like, and how he likes to work.

‘But he’s very experienced, I’m sure he’ll adapt to the players he’s got and bring some stability back to the team, but also with the view of looking to trying to win trophies.

‘That Manchester United team are more than capable of winning trophies this season and I think they’ve made the right appointment to give themselves the best chance.’