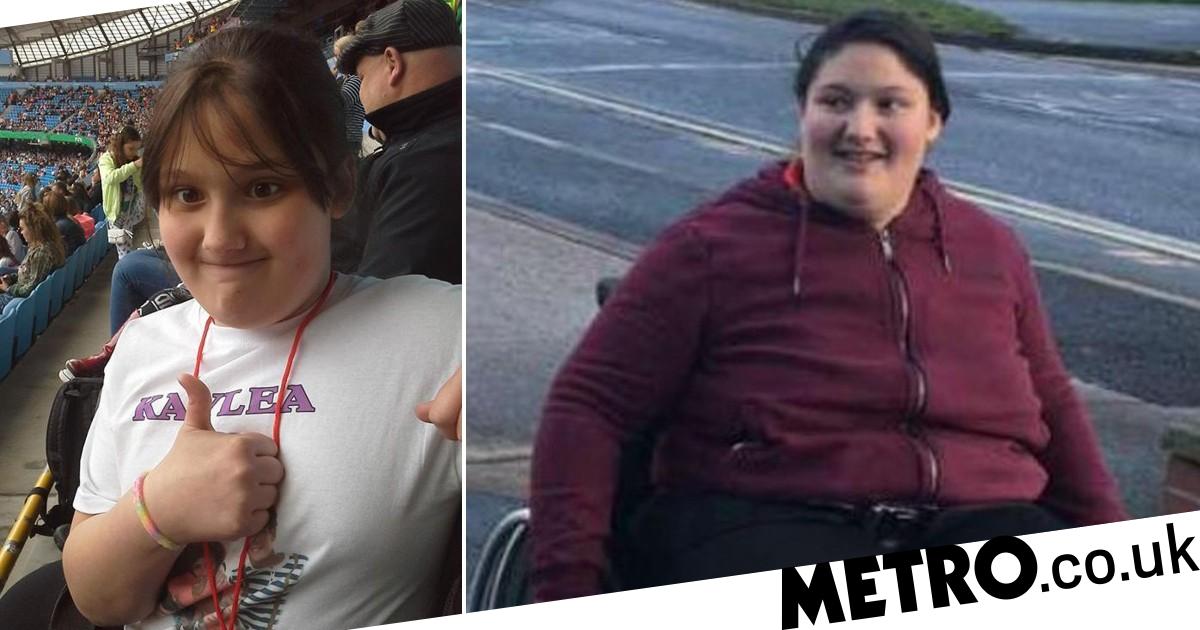 The mum and dad of a disabled girl, 16, are accused of causing her death by allowing her to become morbidly obese.

Kaylea Titford’s parents allegedly failed to ensure her dietary needs were met and didn’t check she got enough exercise or if she was in a hygienic state.

They also didn’t make sure she had a safe and hygienic environment, that her physical health was maintained, or that reasonable medical help was sought between March 24 and October 11, 2020, charges claim.

Alun Titford, 44, and Sarah Lloyd-Jones, 39, from Colwyn, Newtown, are charged with gross negligence manslaughter and causing or allowing the death of a child or vulnerable person.

They appeared wearing face masks in the dock of Welshpool Magistrates’ Court today.

Neither entered pleas and only spoke to confirm their names, ages and address.

Both defendants were asked by prosecutor Helen Tench to remain on conditional bail and to not have contact with anyone under the age of 18.

Kaylea, who suffered from spina bifida, was found dead by her mum at the family home in Newtown, Powys, Wales in October, 2020.

Her cause of death was given as ‘inflammation and infection in extensive areas of ulceration arising from obesity and it’s complications in a girl with spina bifida and hydrocephalus’.

An earlier inquest heard the teenager faced ‘multiple medical issues’ throughout her life and was immobile. It was adjourned until the conclusion of the criminal investigation.

Coroner Graeme Hughes said: ‘While the medical cause of death was proposed by Dr James may itself be natural, the circumstances precipitating Kaleigh’s death are under investigation by Dyfed-Powys Police.

‘As such those investigations give me reason to suspect that Kaleigh’s death may be unnatural, in that a natural cause of death may be considered unnatural where there is some culpable human involvement or contribution to that death.’

Titford and Lloyd-Jones will next appear before Mold Crown Court on April 14 2022.