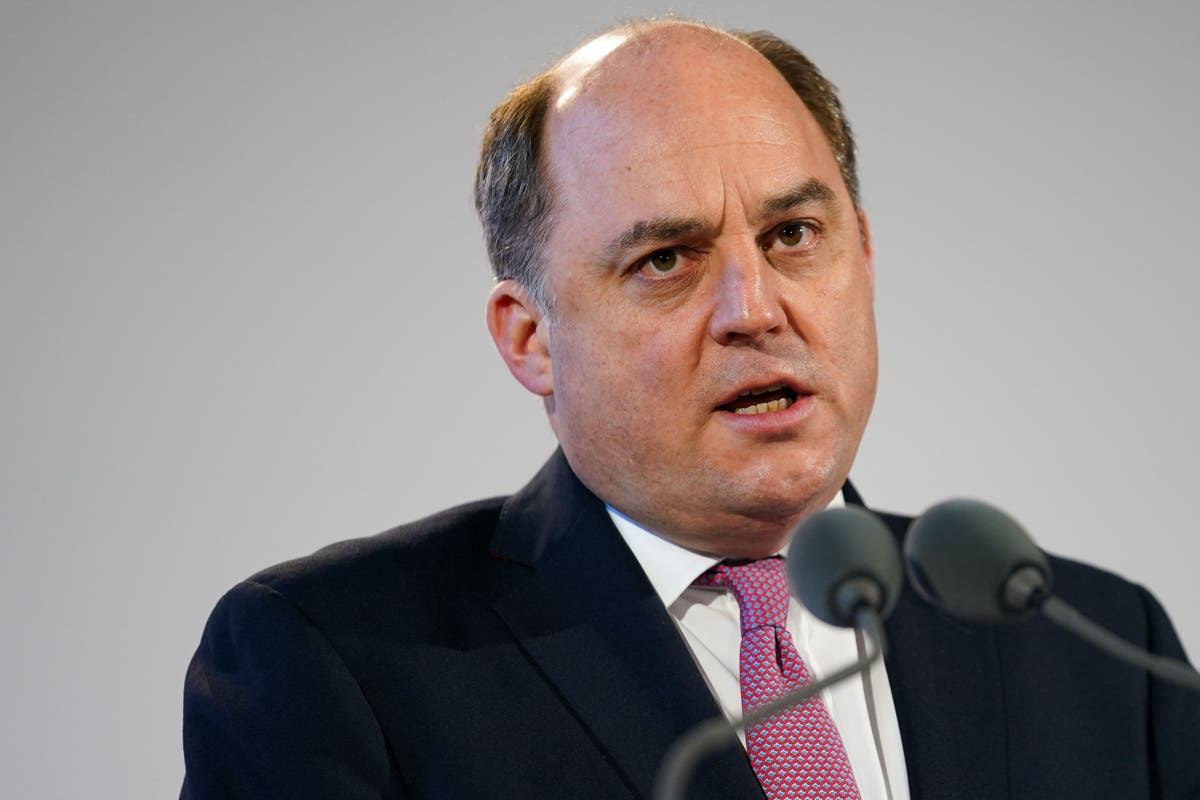 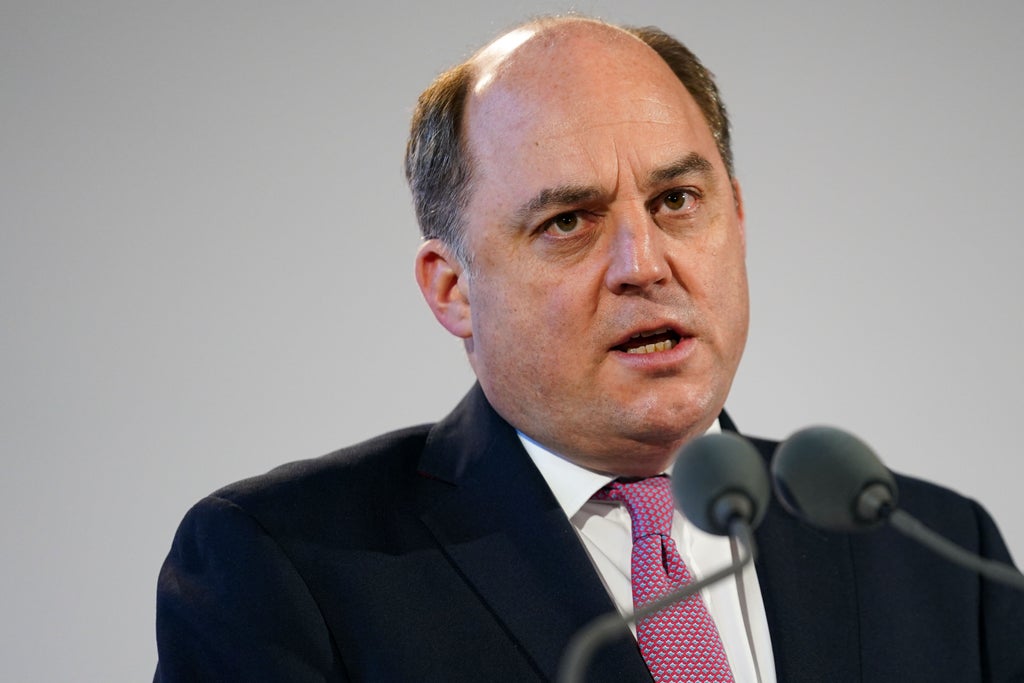 Mr Wallace suggested the invasion of Ukraine “must be going so badly for the Kremlin” as it resorted to releasing “video fakes” as the footage was published on Monday evening.

Home Secretary Priti Patel also acknowledged having spoken to imposters posing as the Ukrainian prime minister, while an unsuccessful attempt was made to target Culture Secretary Nadine Dorries.

An “official teaser” of the call with Mr Wallace appeared on a YouTube account claiming it was a “video-prank” with “Vovan and Lexus”, a pair previously attributed to a hoax aimed at the Duke of Sussex.

Mr Wallace is shown speaking from Poland as the caller, purporting to be Denys Shmyhal, says they want to continue a “nuclear programme” to protect itself from Russia.

A Ministry of Defence source said the video was “garbage”, adding: “It’s a doctored clip.“What you don’t hear is the Defence Secretary also saying that the UK can’t have anything to do with alleged Ukrainian nuclear ambitions, because the UK is committed to the Treaty on the Non-Proliferation of Nuclear Weapons.”

Mr Wallace did not appear to say anything particularly embarrassing or alarming in the video, but it did tout a “full interview” within “a few days”.

It was understood discussions were under way with YouTube to get the video removed.

Mr Wallace said at the time of the incident last week he believed Russia was to blame and Downing Street has now publicly pointed the finger at the Kremlin.

The Prime Minister’s official spokesman said: “The Russian state was responsible for the hoax telephone calls made to UK ministers last week.“This is standard practice for Russian information operations and disinformation is a tactic straight from the Kremlin playbook to try to distract from their illegal activities in Ukraine and the human rights abuses being committed there.“We are seeing a string of distraction stories and outright lies from the Kremlin, reflecting Putin’s desperation as he seeks to hide the scale of the conflict and Russia’s failings on the battlefield.”

Senior Government sources fear the Russians may attempt to doctor footage obtained in the calls in an attempt to embarrass the UK.Mr Wallace publicly acknowledged he had been targeted shortly after his call on Thursday in an attempt to get ahead of any attempt by Moscow to circulate footage from it and launched a cross-Whitehall investigation to understand how he ended up on the video call.

Meanwhile on Monday, Boris Johnson hinted at more military support to Ukraine following a call Joe Biden and other allies ahead of a summit meeting of Nato leaders on Thursday.The Prime Minister discussed his “horror” at the Russian president’s use of “increasingly brutal tactics” in Ukraine, including siege warfare and targeting civilians.

Downing Street said the leaders – also including France’s Emmanuel Macron, Germany’s Olaf Scholz and Italy’s Mario Draghi – affirmed their commitment to “equipping the democratically-elected government in Kyiv with the tools it needs to defend itself”.

With the US president set to attend the Nato summit in Brussels, No 10 said Mr Johnson looked forward to discussing “how to increase military support to Ukraine to qualitatively improve their defensive capability”.