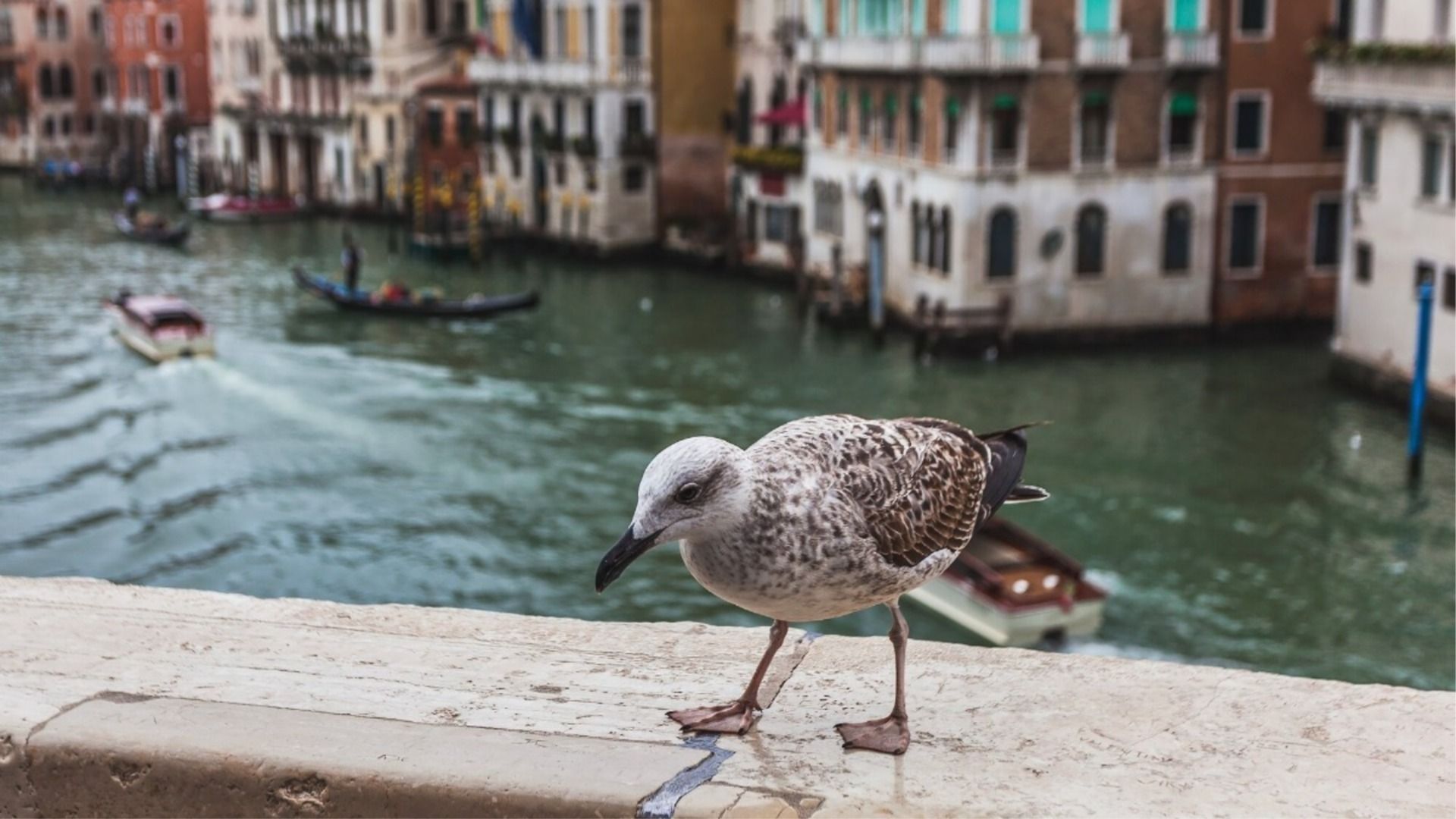 The Gritti Palace, one of the most luxe hotels in Venice, Italy, promises that each of its 82 impeccably designed guest rooms will feature antique furnishings, “precious fabrics,” and Murano glass light fixtures. But recent guests at the Gritti and some of the city’s other iconic properties might’ve noticed that a slightly unexpected item had been left for them by the hotel staff: a bright orange water pistol.

Hotels in Venice are giving guests water pistols, here’s why

The hotels haven’t added tap water target practice to their lists of amenities, but they are encouraging everyone to keep their plastic pistol loaded, especially around meal time. According to The Times, the water guns are being used to keep Venice’s aggressive seagulls from making off with… literally anything edible.

“We decided to act after a customer lifted a croissant to his mouth and a lurking seagull dived and snatched it from his hand,” Enrico Mazzocco, the manager of the Monaco & Grand Canal hotel, told the outlet. “On another occasion, a gull flew off with an entire steak, just as the waiter lifted the lid off the plate he was serving it on. We started placing the pistols on each table when the gulls start to circle.”

The Venice hotelier’s association recently held a seminar to discuss solutions to their winged problem. “The huge number [of] seagulls, in addition to being an aggressive and annoying presence for people, represent a problem for health and hygiene, as well as for buildings and the environment,” Francesco Boemo, a hygiene and environment expert who organised the seminar, said according to The Guardian. “They are, in fact, a protected species and cannot be eliminated, as is done, for example, with mice.”

Some hotels had tried using falconers — whose own birds could chase the gulls away — but that proved to be both inconvenient and expensive. Other ideas included trying to deter them with an irritating sound that human diners wouldn’t be able to hear, or putting fake owls around the outdoor dining areas. But ultimately, they settled on the water pistols, and the gulls are already getting the hint. “You don’t even need to use them, you just need to keep them on the table,” the Gritti Palace’s Paolo Lorenzoni told Italy’s ANSA press agency.

These hotels aren’t the first to use water pistols as a safe — and effective — way to keep seagulls from helping themselves to someone else’s meal. In 2013, the Dairy Maid Cafe in Devon, England, gave its waiters water pistols to “shock” the birds away from their outdoor diners.

And in 2018, an Australian restaurant owner made a trip to Toys ‘R Us and came back with a water gun for every table. “We wanted to do something humanely and there’s not much you can do,” Toby Evans, the owner of 3 Sheets pizzeria, told ABC Radio Perth. “We just fill them up with water and when the seagulls get too close the customers unleash Armageddon with water on them.”

You know what they say: all’s fair in love and trying to keep a bird from stealing your French fries.