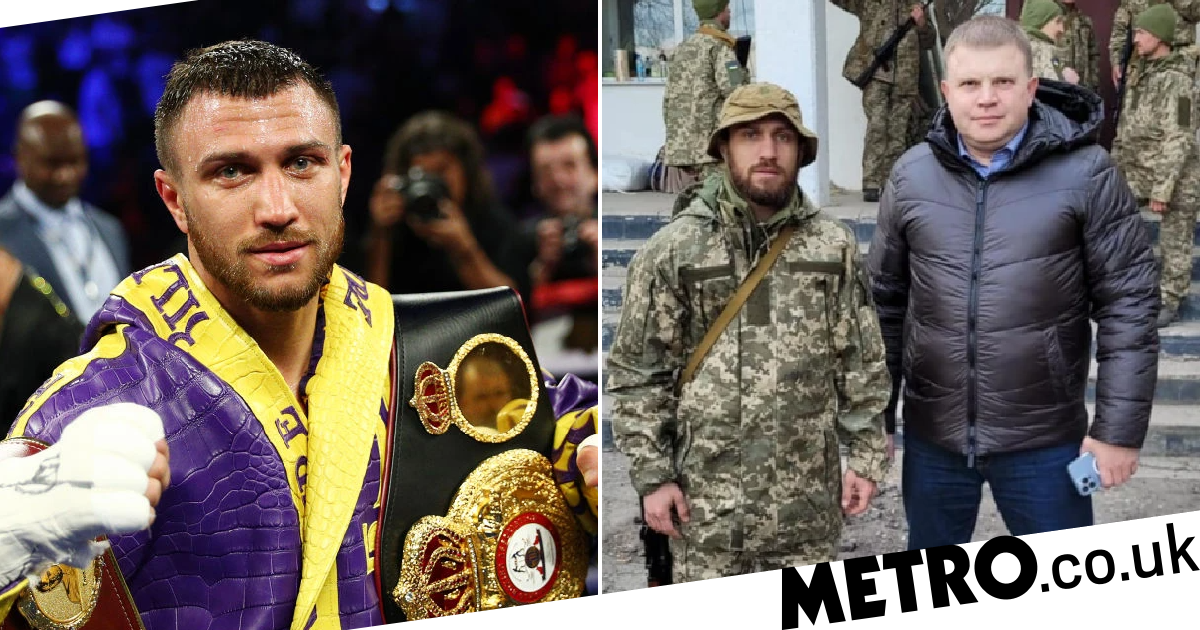 Vasiliy Lomachenko has turned down a historic world title fight this summer to stay in Ukraine and defend his country from the Russian invasion.

Lomachenko, a three-weight world champion and widely regarded as one of the sport’s pound-for-pound greats, had been in talks to fight lightweight champion George Kambosos Jr in Australia later this year.

But following the outbreak of war in his homeland, he returned to join the territorial defence battalion where he is currently working a security detail near the Russian border.

Martial law in Ukraine states that men between the age of 18 and 60 are barred from leaving the country during the conflict.

Lomachenko’s promoter Bob Arum revealed last week that his fighter, along with heavyweight champion Oleksandr Uysk who also returned to Ukraine to join the fight, have been given special permission to leave the country in order to prepare for their respective title fights in the coming months.

Lomachenko’s fight with Kambosos has been slated to take place on 5 June but according to the champion’s promoter Lou DiBella, the Ukrainian fighter has elected to withdraw from that contest as he remains committed to the fight at home.

Kambosos is now set to defend his WBO, WBA and IBF titles against Devin Haney.

‘I spoke to Egis Klimas [Lomachenko’s manager] and he confirmed that Loma would not be available to fight George next,’ DiBella told Boxing Scene.

‘He thanked me and thanked Kambosos for giving him ample opportunity to make up his mind, and he thanked us for doing the deal in the first place.

‘We had an inkling the other day, when the [Ukrainian] government had said it was OK [for Lomachenko to fight], but we didn’t hear an affirmative response [from Lomachenko], we had a sense that this was likely. So, we were not shocked.

‘But Egis confirmed today that he’s gonna stay in the Ukraine. We commend him. We think the fight he’s fighting is much bigger than boxing. And our thoughts and prayers are with him and his family, and with the Ukrainian people. What they’re going through obviously is far more significant than any boxing match.’

Kambosos, who turned in a stunning display to win his world titles against the previously undefeated Teofimo Lopez last year, also praised Lomachenko’s decision, insisting their fight can take place at a later date once he ‘wipes the floor’ with Haney.

‘I respect your decision and I totally understand and I pray for you and your country,’ the Australian wrote on Twitter.

‘Please stay safe and once I wipe the floor with Devin, we will make this fight between two real champions. God bless.’


MORE : Oleksandr Usyk and Vasiliy Lomachenko given permission to leave Ukraine for fights against Anthony Joshua and George Kambosos Jr