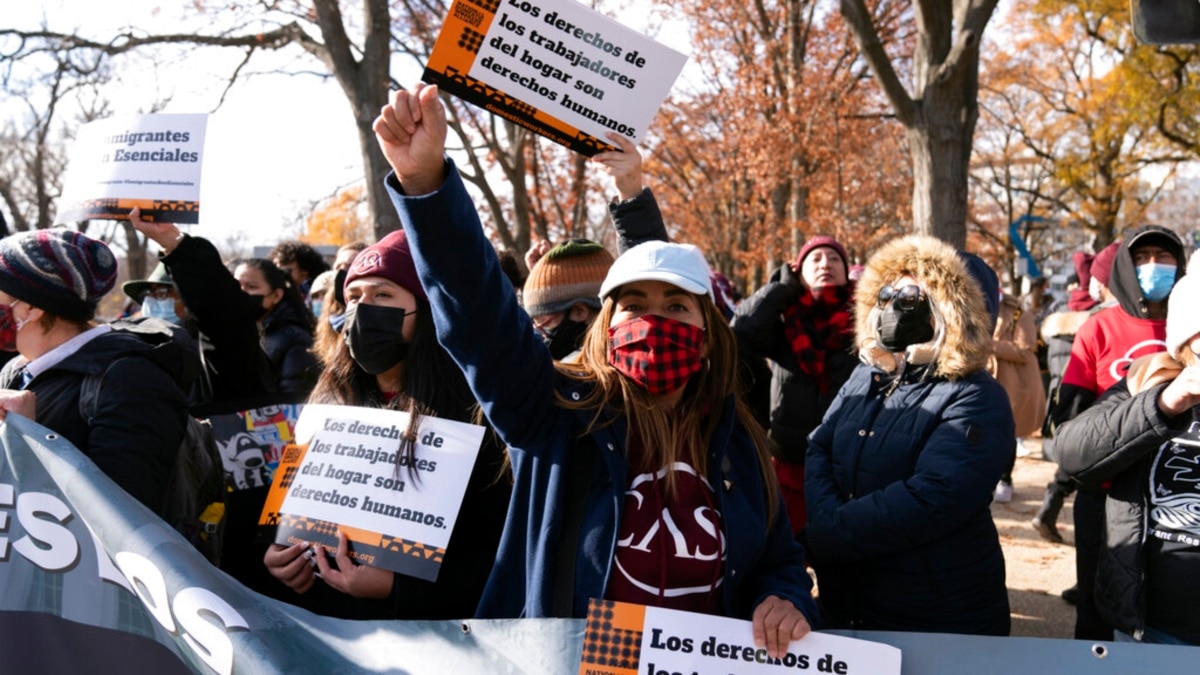 Democrats must drop an effort to let millions of immigrants remain temporarily in the U.S. from their expansive social and environment bill, the Senate parliamentarian decided Thursday, dealing the latest blow to a longtime priority of the party, migrant advocates and progressives.

The opinion by Elizabeth MacDonough, the Senate’s nonpartisan arbiter of its rules, all but certainly means Democrats will ultimately have to pull the proposal from their 10-year, roughly $2 trillion package. The measure carries health care, family services and climate change initiatives, mostly paid for with higher taxes on corporations and the rich, that are top priorities for President Joe Biden.

When the Senate considers the overall legislation — which is currently stalled — Democrats are expected to try reviving the immigration provisions, or perhaps even stronger language giving migrants a way to become permanent residents or citizens. But such efforts would face solid opposition from Republicans and probably a small number of Democrats, which would be enough for defeat in the 50-50 chamber.

MacDonough’s opinion was no surprise — it was the third time since September that she said Democrats would violate Senate rules by using the legislation to help immigrants and should remove immigration provisions from the bill. Nonetheless, it was a painful setback for advocates hoping to capitalize on Democratic control of the White House and Congress for gains on the issue, which have been elusive in Congress for decades.

MacDonough’s finding was the second defeat of the day inflicted on Democrats’ social and economic package. Biden was also forced to concede that Senate work on the massive overall bill would be delayed until at least January after his negotiations stalled with holdout Senator Joe Manchin, a West Virginia Democrat who wants to further cut and reshape the legislation.

“We will advance this work together over the days and weeks ahead,” the president said in a statement.

Democrats’ latest immigration proposal would have let an estimated 6.5 million immigrants in the U.S. since at least 2010 without legal authorization apply for up to two five-year work permits. The permits would let them hold jobs, avoid deportation and in some instances travel abroad without risking their residency here. Applicants would have to meet background checks and other requirements.

Immigration advocates and their Democratic Senate allies have said they will continue seeking a way to include provisions helping migrants in the legislation, but their pathway is unclear.

Democrats are using special rules that would let them push the overall bill through the Senate by a simple majority vote, not the 60 votes legislation usually needs to end debate and move forward. GOP opposition means the immigration provisions Democrats want would not survive as a free-standing bill.

But under those same rules, such bills can’t have provisions that are driven more by policy changes than by cuts or increases in the federal budget.

The parliamentarian makes that call. Her opinion said Democrats had failed that test because the disputed language would have changed a program that currently awards work permits sparingly into one where it would be mandatory to issue the permits to migrants who qualify for them.

“These are substantial policy changes with lasting effects just like those we previously considered and outweigh the budgetary impact,” MacDonough wrote. Earlier this year, she rejected two Democratic proposals that would have each created a chance for permanent legal status for 8 million migrants.

The nonpartisan Congressional Budget Office has estimated that the bill’s immigration provisions would end up costing the government around $111 billion over 10 years, largely because of federal benefits immigrants would qualify to receive by gaining legal status.

The rejected plan would have created no new pathway for those getting work permits to remain in the U.S. permanently. But the budget office estimated last month that of 6.5 million migrants who would ultimately get the temporary permits, around 3 million would later gain permanent residency because their new status would remove some obstacles in that process.

Many progressives and migrant supporters have long urged Democrats to vote to overrule the parliamentarian, whose opinion is advisory and whose decisions senators seldom overturn. Advocates resumed pressuring the party to do so after MacDonough’s ruling.

“This is a fight about racial justice,” said Greisa Martinez Rosas, executive director of United We Dream, an immigrant rights group. Citing the strong support Democrats usually receive from Hispanic voters, she said advocates would accept no excuses for inaction.

“It’s time for Democrats to deliver on their promises; they must disregard today’s recommendation” by the parliamentarian and add citizenship provisions to the bill, she said.

It seems unlikely that Democrats would have the unanimous support they would need to overturn MacDonough’s opinion. Manchin, one of Congress’ more conservative Democrats, has said he would not vote to overturn a ruling of the parliamentarian “on every issue.”

Even so, top Democrats signaled Thursday evening that they would try.

“We strongly disagree with the Senate parliamentarian’s interpretation of our immigration proposal, and we will pursue every means to achieve a path to citizenship” in the social and environment bill, Senate Majority Leader Chuck Schumer, Durbin and four Latino Democratic senators said in a statement. They added, “We stand with the millions of immigrant families across the country who deserve better and for whom we will not stop fighting.”

The latest proposal fell well short of Biden’s initial plan this year to give the 11 million immigrants in the U.S. without legal authorization a way to seek permanent residency and even citizenship.

Even so, it would have been Congress’ most sweeping move in decades to help migrants in this country. A 1986 immigration overhaul helped an estimated 2.5 million immigrants win permanent residency.