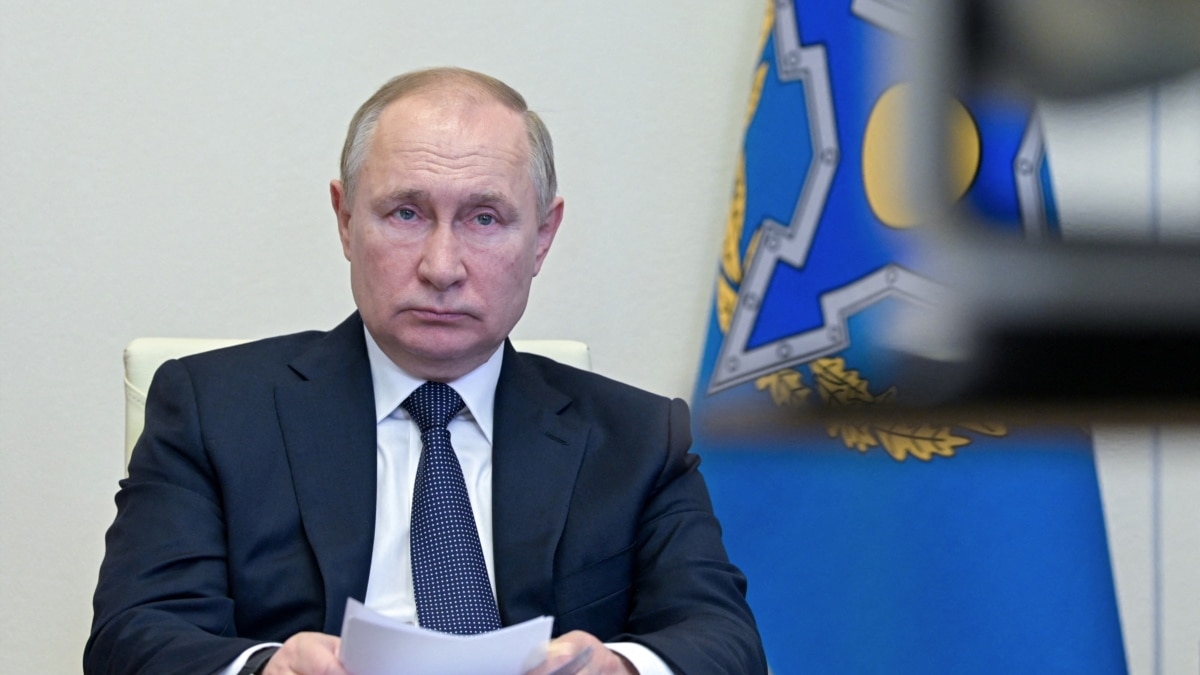 The U.S. and Russia have launched “frank and forthright” discussions aimed at de-escalating tensions between the two powers as Russian President Vladimir Putin continues to station an estimated 100,000 troops along the Ukrainian border, the White House said Monday.

“There are two paths for Russia to take at this point, for President Putin to take,” White House press secretary Jen Psaki said. “He can take the path to diplomacy. There’s two more rounds of talks this week. We’ve seen them as a package of three, which I think they also reiterated from their side. Or there’s a path of escalation. We are surely hopeful, that the path to diplomacy is the path that they will take.”

Biden is asking Putin to order the troops back to barracks. The White House said, in several recent statements, that the U.S. “will respond decisively if Russia further invades Ukraine.”

“We explained to our colleagues that we have no plans, no intentions to ‘attack’ Ukraine,” Russian Deputy Foreign Minister Sergei Ryabkov told reporters after the talks ended Monday. “There is no reason to fear any escalation in this regard.”

The Kremlin is concerned about the eastward expansion of the North Atlantic Treaty Organization. The collective security alliance was founded to counter the former Soviet Union. Ukraine, a former Soviet state, has been seeking to join NATO, over Moscow’s opposition. Putin says the current troop buildup is necessary for self-defense against an aggressive West, and that he does not plan to invade.

Pentagon spokesman John Kirby said Monday, “We’ve seen no major changes to the force posture by the Russians in the border areas around Ukraine. There continues to be a sizable element there. … If the Russians are serious about de-escalating, they can start by starting to remove some of those troops, decreasing some of that force posture.”

Diplomats from the United States and Russia met Monday in Geneva. Putin and U.S. President Joe Biden spoke twice by phone in December about the situation in Ukraine; neither is participating directly in this week’s talks.

Monday’s discussions are the first of three rounds of talks planned for this week that will bring the U.S. and Russia to the negotiating table. The other two rounds will involve the North Atlantic Treaty Organization on Wednesday in Brussels and the Organization for Security and Cooperation in Europe on Thursday in Vienna.

In Monday’s bilateral talks, the two parties discussed “reciprocal action that would be in our security interest and proved strategic stability,” said Deputy Secretary of State Wendy Sherman, the top U.S. diplomat present. That includes possible limits – on both sides – on the size and scope of future military exercises in the region.

Sherman noted that the two nations did not discuss political unrest in Kazakhstan, where recent fuel-price demonstrations grew into larger protests against pro-Russian authoritarian rule.

The U.S. held firm on a few issues, she said, including against Russia’s demand that Ukraine be denied NATO membership.

“We will not allow anyone to slam closed NATO’s open-door policy, which has always been central to the NATO alliance. We will not forego bilateral cooperation with sovereign states that wish to work with the United States. And we will not make decisions about Ukraine without Ukraine, about Europe without Europe, or about NATO without NATO,” Sherman said.

Russia’s Ryabkov said, “Unfortunately we have a great disparity in our principled approaches to this. The U.S. and Russia in some ways have opposite views on what needs to be done.”

Sherman further conveyed that “if Russia further invades Ukraine, there will be significant costs and consequences well beyond what happened in 2014. We are very ready and aligned with our partners and allies to impose those severe costs.”

She said those costs could include sanctions against key financial institutions, export controls, increased NATO presence in allied territory and more security assistance to Ukraine.

Ahead of Monday’s U.S.-Russia session, top diplomats from both countries expressed little optimism that tensions between these two longstanding rivals would be eased in one week of discussions.

“It’s hard to see we’re going to make any progress with a gun to Ukraine’s head,” U.S. Secretary of State Antony Blinken told CNN’s State of the Union show.

Russia has denied it plans to invade Ukraine and demanded an end to NATO expansion and a halt to the alliance’s military exercises in central and eastern European countries that joined it after 1997.

Washington expects Moscow to promote its own narrative outside of the talks, Psaki said.

“We are preparing ourselves for the possibility and likelihood – no one should be surprised, I should say – if Russia spreads disinformation about commitments that have not been made, or if it goes even further and instigate something as a pretext for further destabilizing activity,” she said. “And so we would continue to urge everyone not to fall for any attempts to push disinformation out there.”

VOA’s Nike Ching and Carla Babb contributed to this report. This report contains content from Agence France-Presse and Reuters.