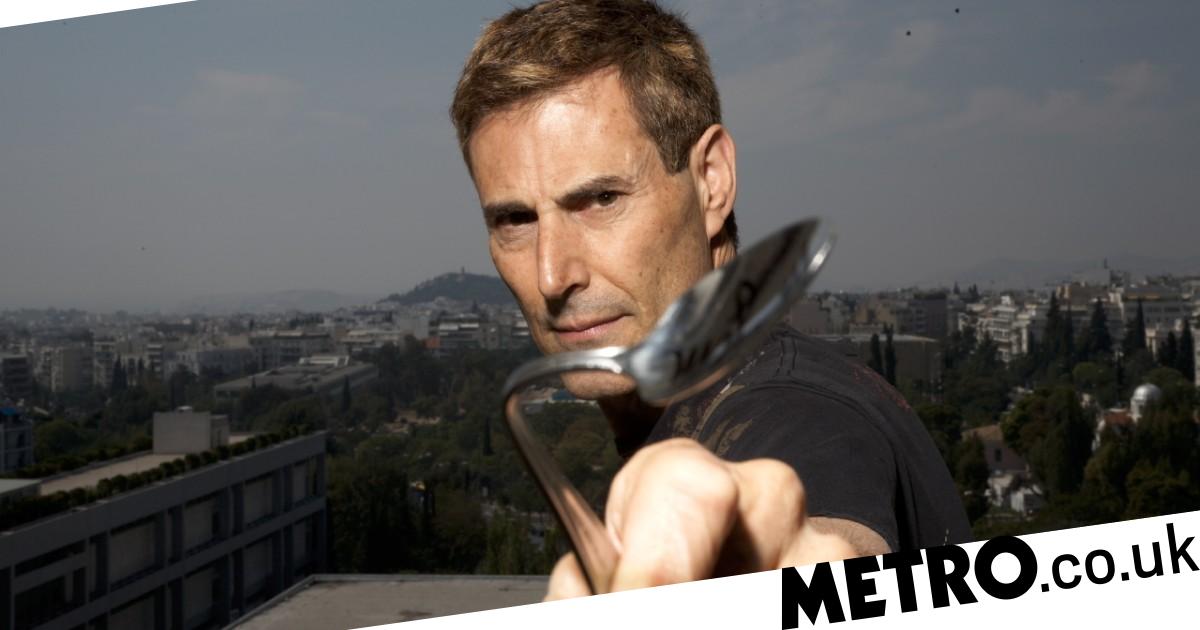 Could the remains of 16th Century witches be buried alongside Egyptian treasure off the coast of Scotland?

According to Uri Geller, yes.

The Israeli-born magician sprung to fame in the seventies for his spoon bending tricks and theatrical illusions.

Geller went on to rub shoulders with some of the biggest entertainment stars of the day, including Michael Jackson.

He even used his psychic powers to unsuccessfully influence second division English football games, such as in 1997 when he placed energy-infused crystals behind the goals of Exeter City during a crucial-end of season game.

The psychic previously has spoken of suspected Egyptian treasure hidden on the island.

And he has now revealed traces of ‘witch bones’ which allegedly scatter the surface.

Geller, 75, told Metro.co.uk: ‘Hundreds of years ago, there were witches in Scotland and England and we all know what happened to them.

‘And there were witches near North Berwick, where my island is.

‘The rumour of these witch bones emanated from a very important person, so I can’t say who. But they say there are remnants of these witches on Lamb Island.

‘I’ve never spoken about this before, ever.’

North Berwick was the backdrop to infamous witch trials in 1590. The trials are widely regarded as ‘the most brutal and horrific ever seen in Scotland.’

Between 70 and 200 so-called witches in the fishing town were put on trial, experts say.

Geller has praised first minister Nicola Sturgeon for the Scottish Government’s apology to the thousands of woman in history branded ‘witches’ in Scotland.

He added: ‘The Scottish Government had never apologised previously, so this was a first and very important. It is a good thing for history.’

The magician believes there is hidden treasure on Lamb Island – brought over by the Egyptian Queen Scota thousands of years ago.

Geller explained that he felt an ‘instinctive urge’ the land after hearing about it from Egyptian-born businessman Mohamed Fayed.

He said: ‘I’ve always been fascinated by the connections between the pyramids and these islands off North Berwick.

‘It is all in a manuscript called the Scotichronicon written by an abbot called Walter Bower.

‘I felt an instinctive urge to buy the island. Once I delved into the lore behind it, I became certain it was one of the most significant sites in Britain.’

He believes Lamb Island has a special connection with Rosslyn Chapel as well as with the Holy Land in Jerusalem.

Geller currently lives in Israel, but says strange coincidences have led his mind back to East Lothian.

The millionaire was recently refurbishing a museum he owns in Old Jaffa, Israel, when a strange brick was found beneath the building.

He said: ‘We found an ancient olive oil soap factory going back thousands of years with an old chimney and furnace. It was underground.

‘One archaeologist crawled meters into the furnace and found what was a Scottish-made brick, and on the brick it says ‘fourth’

‘This is so mind-blowing to me because my island is in the Firth of Forth in Scotland.’

Geller has stayed over on Lamb Island once, and hopes to return in the neat future.

The land recently hit headlines after wildlife experts discovered evidence of rodent activity, leading to an operation to remove an ‘elusive rat’.

Rats can cause damage to seabird populations, such as the puffins, cormorants and kittiwakes on Lamb Island.

A huge team effort between volunteers from the Lothian Sea Kayak Club and the Scottish Seabird Centre was carried out over two long years to catch the rampant rat.

They made 35 trips out to the island in total before the animal was found.