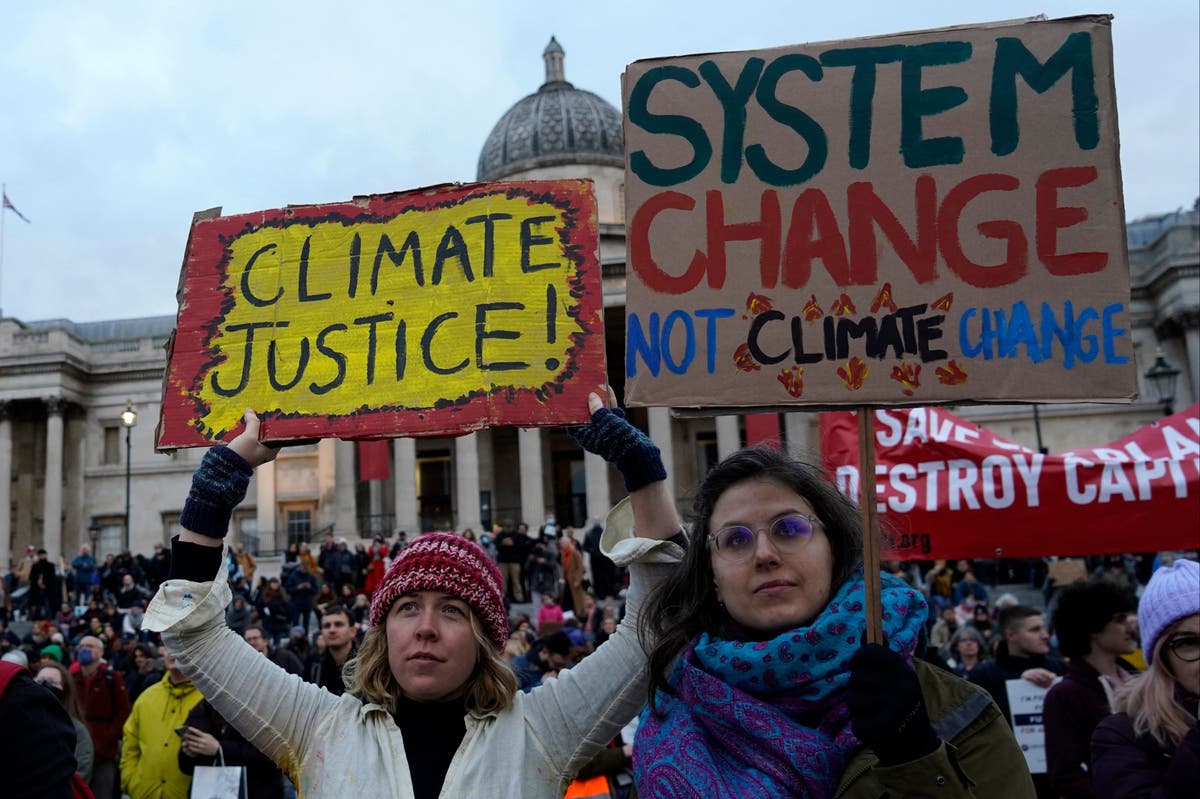 On adaptation, loss and damage day at Cop26, International Trade Secretary Anne-Marie Trevelyan will convene a ministerial session at the Glasgow summit.

Ministers from at least 26 countries and regions, including the US and the European Commission, will attend the meeting, where Ms Trevelyan, the UK Government’s champion for adaptation and resilience at Cop26, will urge countries to do more to support developing countries, while announcing a financial pledge from Westminster.

Some £274 million will be invested in Asia and the Pacific region to help communities better prepare for the impact of climate change, while a £15 million adaptation fund for developing countries will be created and £1 million will support the humanitarian response to climate change.

Ahead of the event, Ms Trevelyan said: “We must act now to stop climate change from pushing more people into poverty.

“We know that climate impacts disproportionately affect those already most vulnerable.

“We are aiming for significant change that will ultimately contribute to sustainable development and a climate-resilient future for all, with no-one left behind.”

Representatives of communities hit by climate change will also be given a chance to speak to world leaders at the meeting.

Emily Bohobo N’Dombaxe Dola, the facilitator of the adaptation resilience group at Youth NGOs (Youngo) – a group set up by the UN Framework Convention on Climate Change (UNFCCC) – will address the ministers.

“I was drawn to climate action after seeing first-hand the impacts of climate change on local coastal communities in Senegal, both impacts already there and those yet to come,” she said.

“It is the socially marginalised and geographically vulnerable across both northern and southern societies that already suffer the most due to natural disasters and shifting weather patterns, from working-class and refugee communities, through to people with disabilities, the elderly, women and young girls.

“Yet I have encountered countless displays of resilience by these communities and local actors.

“Now it is time for governments and donors to level up on equitable finance and plans for loss and damage and for adaptation.”