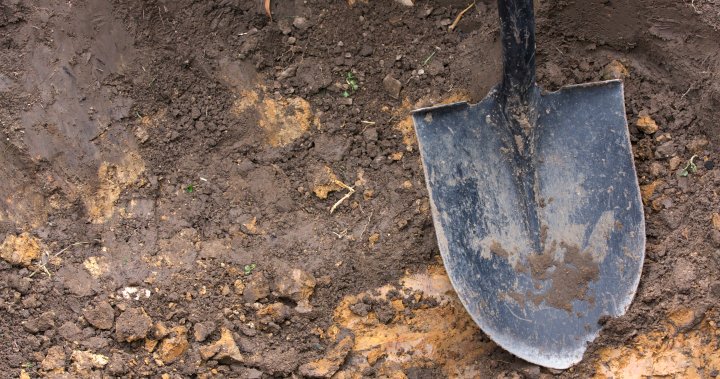 A South Carolina man suffered a fatal heart attack while trying to bury the body of his girlfriend who he had strangled to death, investigators say.

Joseph McKinnon, 60, was discovered dead in his backyard Saturday after neighbours called police to report an unresponsive man in a yard in Trenton, S.C., reports NBC News.

Police also found a body wrapped in trash bags that had been placed in a freshly dug hole.

Autopsies were conducted on both bodies Monday, reports ABC, and coroners found that Dent died by strangulation, while McKinnon died of a heart attack.

Dawn Howanietz, who lives a block away from McKinnon’s home, told News Channel 6 the discovery makes her feel uneasy about the safety of her neighbourhood.

“We have no idea and that’s what we’re asking about – at least let us know that it’s something they have in control or don’t have in control. Do we have to make sure everything is locked up tight, watch our dogs or our animals?” she said.

“Evidence gathered at the scene, along with statements from witnesses aided investigators to build a timeline, leading us to believe that Mr. McKinnon attacked Ms. Dent while inside their home,” police said in a statement Wednesday, adding that they believe McKinnon died while covering Dent’s body with dirt.

Dent’s twin sister, Pamela Briggs, told local news station WRDW she “didn’t see any of that coming” and that there were no signs her sister might be in trouble.

“Everybody who ever met her liked her. She was just full of energy. She was 65 and working,” said Briggs.

Briggs said she received a call from the golf course where her sister worked on Saturday, looking for Dent when she didn’t show up to work.

“She wanted to know if I knew where my sister was, and I said, ‘No I have no idea,’ and then it just started to play out from there,” said Briggs.

0:40
Texas man killed by swarm of bees: ‘They were relentless!’