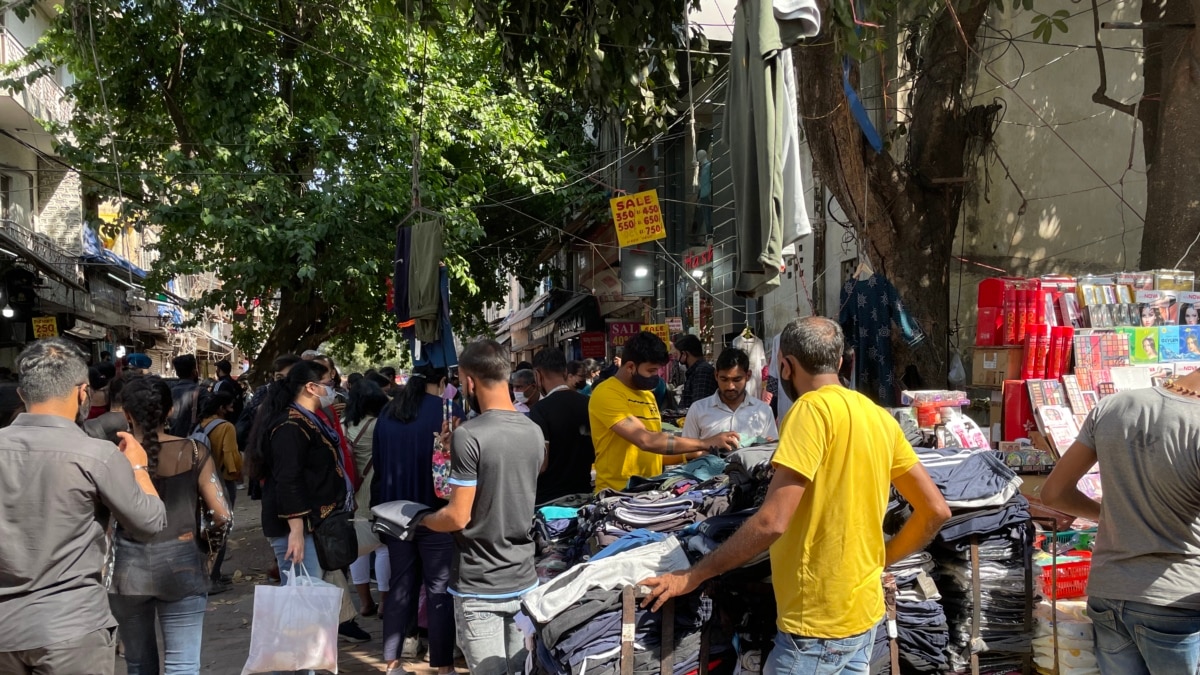 After two years, jostling crowds are again a familiar sight in a popular New Delhi market that offers bargains. But they do not deter Mukta Kapoor from spending an afternoon shopping with her daughter.

“Mentally, I feel free of the pressure to always wear a mask or keep a sanitizer in my hand. That constant worry that I should not touch anyone or change clothes when I return home has gone,” Kapoor said. “It’s good till it lasts.”

The pre-pandemic buzz has returned to mega cities like New Delhi and Mumbai as COVID-19 cases plummet to a two-year low — the vast country has in recent days reported about 2,000 daily new infections.

Roads are crammed, public transport is crowded, markets are lively, schools have reopened, and restaurants are packed.

It is bringing a wave of hope to millions who were badly hit when India imposed the world’s strictest lockdown in March 2020, prompting an exodus of millions of migrant workers to their village homes. For many who worked in cities in its vast informal sector, incomes plummeted as the middle and upper classes worked and shopped online.

“When people come out of their homes and shop, it helps our economy,” said Ashu Arfi, as a steady stream of customers checks out his summer garments at a street stall. Earlier many were hesitant to step into their small spaces and preferred visiting big stores. “People used to tell us to put on a mask, but no one bothers now. Customers also feel everything is becoming normal.”

Economists say the series of lockdowns imposed in the last two years during three COVID-19 waves were a punishing blow for the country’s vast informal sector that had been hit by an economic slowdown even before the pandemic.

“The bottom 60% in India have lost incomes in the last five years while the top 20% have gained incomes,” according to Arun Kumar, a former professor at New Delhi’s Jawaharlal Nehru University.

He points out that the informal sector supports livelihoods for more than 80% of the population. “No other major economy has such a huge unorganized sector. That is why you never saw this kind of mass migration from the cities to the rural areas in any other country.”

Hairdresser Nitin Kumar recalls that even when the beauty parlor where he works reopened, hardly any customers stepped in earlier. A deadly second wave due to the delta variant that hit India a year ago caused widespread devastation in cities like New Delhi.

“There was no work last summer, I used to sit idle the whole day. I felt everything had come to an end,” Kumar said. “I could not repay the interest on a loan I had taken. It was very hard.”

That has changed dramatically — the third wave in January fueled by the omicron variant was much milder and caused fewer deaths and hospitalizations.

Confidence has also returned as a mammoth vaccination drive picked up momentum after a slow start — about 90% of India’s adult population has now received one shot while about two-thirds is fully immunized.

As fear of the pandemic recedes, Kumar’s beauty parlor is doing brisk business and he has even got a salary hike.

Vendors selling food on streets are seeing customers again. “All the taboos have gone. People no longer hesitate or ask me to wear gloves when I hand ice lollies to them,” said ice cart owner Mustaq Ahmed.

However, a surge in COVID-19 cases in other countries, including several in Asia, has raised concerns. The government says it is intensifying surveillance to identify new hotspots that may emerge. Mask mandates remain in place, although they are often not followed.

Still, health experts are hopeful that the worst may be behind. India has officially counted 43 million infections and more than half a million deaths.

“I think we are in a fairly good place for the present. There is a considerable amount of immunity that exists in the population, conferred either by the vaccine or those who have been previously infected,” said K. Srinath Reddy, President of the Public Health Foundation of India. “So, we are relatively safe from the point of view of a wave touching India with severe infections. But the coast is not completely clear. Let us say we are circling the airport, but we have not yet landed.”

Among those whose livelihoods depend on cities being up and running, that is reason enough for optimism. “Within three or four months, business will grow and work will be good,” Arfi said, but quickly added “I hope.”

Whether that hope is fulfilled remains to be seen amid warnings by experts that the pandemic is not over yet.