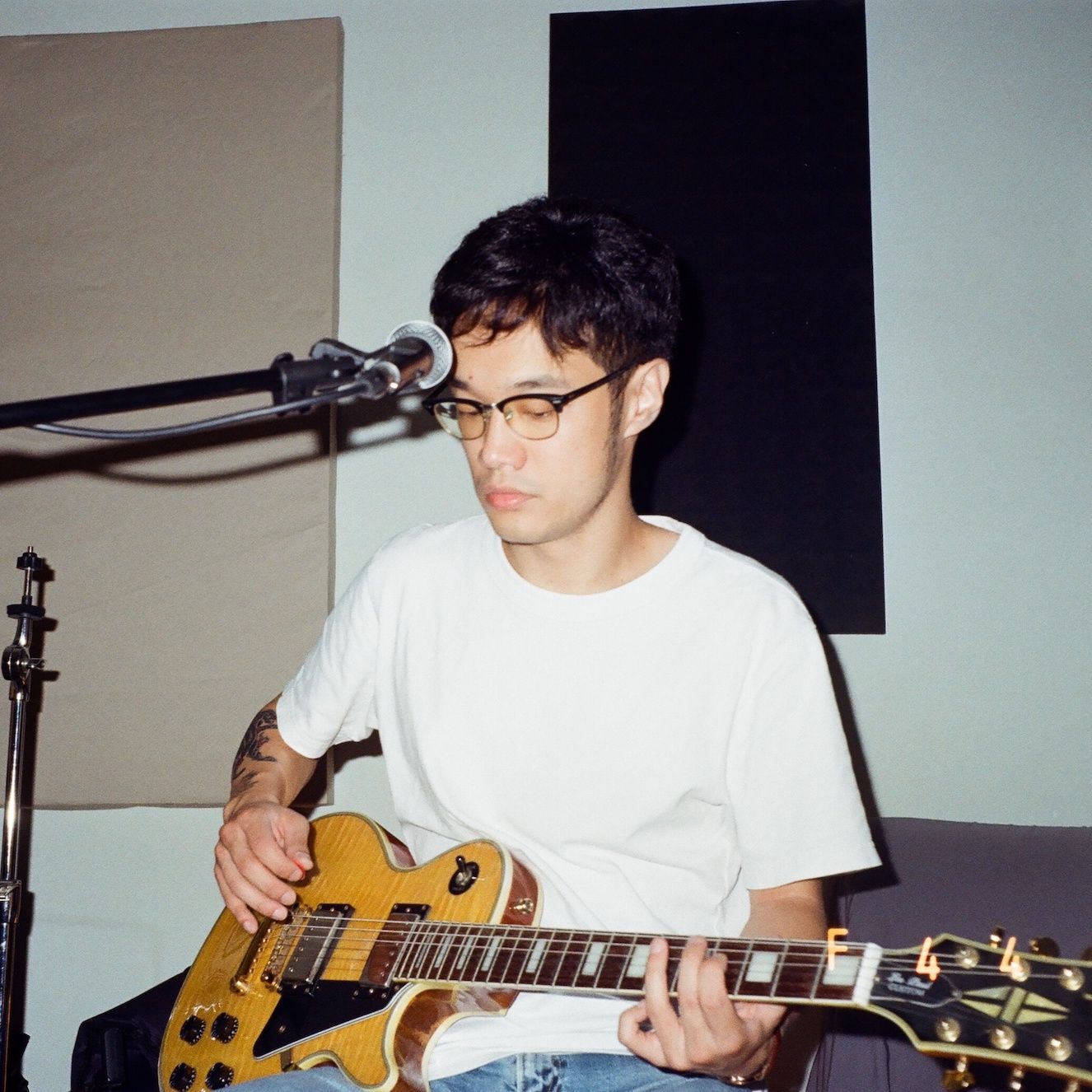 With tunes like “Sway Away”, “Grow” and “Unchain my Heart”, Hong Kong-born and raised Tomii Chan is a veteran when it comes to music. After a childhood laced with violin lessons, school musicals and hymn worship groups, it was only natural he graduated to become an artist in his own right. He talks to Lifestyle Asia about growing up in a musical household, his favourite soul singer D’Angelo and how different cultural influences have shaped him and his music.

Tomii Chan is a musician through and through. Known for his warm and heartfelt songs, the independent artist has been playing music since he was 10 years old, beginning with the violin and the guitar. 20 years down the line, he is now a producer, multi-instrumentalist and member of his own soul band Fds/4eva — all this in addition to his own solo projects as a singer-songwriter.

As a self-funded artist, Chan picks up odd jobs here and there, most of them related to music in some way. On the day we meet for an interview, he rushes over from his part-time work at a nearby secondary school where he teaches band class (“Something like School of Rock,” he comments). He also volunteers as an admin and event organiser for a non-profit organisation that provides social welfare services for the elderly.

With so much on his plate, it’s easy to wonder how Chan manages to carve out time to sit down and create. As he talks me through his background, his music career and his future ambitions, I can’t help but think, “Is this guy even real?” I’m happy to report that he is. From humble beginnings performing the Doraemon theme tune on his violin at school, to releasing his first album in 2017 and his latest EP Replay in 2020, Chan is leading and inspiring a new generation of blues, folk and soul singers in Hong Kong.

Tuning In: Luna Is A Bep on the origins of her name and rapping in Cantonese

Tuning In: Lester Chong on his new album “ZiNG!” and loving My Chemical Romance

When and how did your interest in music begin?

I’ve been practising music since I was a kid. When I was 10, I remember asking my mum if I could learn the violin and she was happy to pay for my lessons. One of my earliest memories was performing Doraemon at school.

Later on, when I was a bit older, one of my friends moved away to Canada and left me with his guitar. I would say picking up the guitar was a turning point in my life, because it started me on my journey to become a singer.

Did you grow up around music? Does it run in your family?

I did grow up around music, as a matter of fact. My dad was pretty trendy and would buy bootleg records all the time; he used to play The Eagles every day after work, and I remember revelling in the music whenever it came on. My mum, who was a preacher, also listened to a lot of music, but more along the lines of traditional gospel tunes. I think all of this had a subconscious effect on me growing up and the music I make today.

When did you realise you were musical? Can you pinpoint a formative moment when you realised you were good?

As I mentioned, I took violin lessons from a young age, but I never thought I was any good until I started at my middle school. I went to a music school called the International Christian Quality Music Secondary and Primary School. We chose the school not because I was particularly musically gifted or anything — though my parents did think it’d suit me well as I was already learning the violin — but because it happened to be close to where I lived. So, completely random, but I think it worked out quite well.

At the school, I got to explore different ways to express myself musically, including joining the orchestra and the school plays. I even got the lead role one year — the play was Noah’s Ark and I still have a picture of me kneeling down praying to God on stage. It was the reason I began singing. I remember people around me were praising me, telling me how good I performed and it made me confident. It was then I realised, “Hey, I could do this for a living one day”.

How have different cultural influences in your life shaped you as a musician?

I lived in Hong Kong my whole life, so any international “influences” would be secondhand, through the internet. For example, I consumed a lot of American culture growing up through music and movies.

If we’re talking locally, though, then I also got to meet people from different backgrounds at university. My first bandmate was originally from India but studied in an international school in Hong Kong growing up. I attended her wedding and was so amazed by all the extravagant Indian festivities. Meeting people from different walks of life encourages me to keep searching for more, whether in my music or as a person.

What’s the first song you each ever learned by heart?

It’s this Japanese folk song my grandma used to sing to me. It tells the story of a wife saying goodbye to her husband, who’s going to war, and she’s unsure if he’ll return. My grandma lived through the Japanese invasion during World War II, which was how she learned the song.

What’s the first track we should listen to that best defines your sound?

“Unchain My Heart” — it’s got folk and country vibes and the lyrics really explain my character and sediments. It came about really naturally when I was writing it. With many of my songs, I need a bit of time to refine them, but with this one, the sketch was perfect from the get-go.

What song, album or performance had a really important, lasting impact on you, both personally and as an artist?

The acclaimed album Voodoo by D’Angelo. I feel like it’s the holy grail of soul music, very classic, and the way D’Angelo sings is my ultimate goal when it comes to vocals. How do I describe it? When I listen to the album, I feel like my hormones are triggered, as if I’m in love.

Who’s your favourite musician/artist and why?

It would have to be D’Angelo. All his songs make me feel immense emotions.

What does music, or being a musician, mean to you?

Music started off as a dream but became a lifestyle over time. At first, it was unreachable, but once I began exploring I realised it’s not unattainable as I thought. It’s not about perfection; it’s simply a constant process of creating, reviewing and fine-tuning.

It always starts with an urge. Like, I see the tip of an iceberg, but I’m not sure what’s underneath, so I start digging. I set aside a period of time to sit down and be productive. For some songs it takes a day; for others it takes a few weeks.

In the beginning, a demo was good enough for me, but as I grew as a musician, I started setting higher expectations for myself. The projects I’m now working on require a lot of refinement before they are released to the public.

What’s your favourite lyric, ever?

“Oh, dream maker, you heart breaker / Wherever you’re goin’, I’m goin’ your way” — “Moon River” by Audrey Hepburn from Breakfast at Tiffany’s. I love the gentle tone and the slight hint of melancholy, as well as the message of the song. It tells the struggle we all feel as humans.

What’s the toughest challenge you’ve had to overcome in your career?

Myself and my thoughts. I hate feeling uninspired and overthinking every little thing that I do. I’m learning to cope by sleeping a lot or filling my schedule with things I enjoy like hiking, working out or meeting a friend.

How has your music changed and evolved over the years since you started?

Since debuting, I think my music has become more inviting and polished — in a good way — with more thought put into every layer. My sound has also been transitioning into more soulful over time, with the amount of blues and R&B I’ve been listening to and learning from.

What’s next? What are you working on?

I have an acoustic set next month, on 8 July, at Chez Trente. It’ll be a casual hangout, where I’ll be meeting my fans and there will be free jamming after the show. Come along!