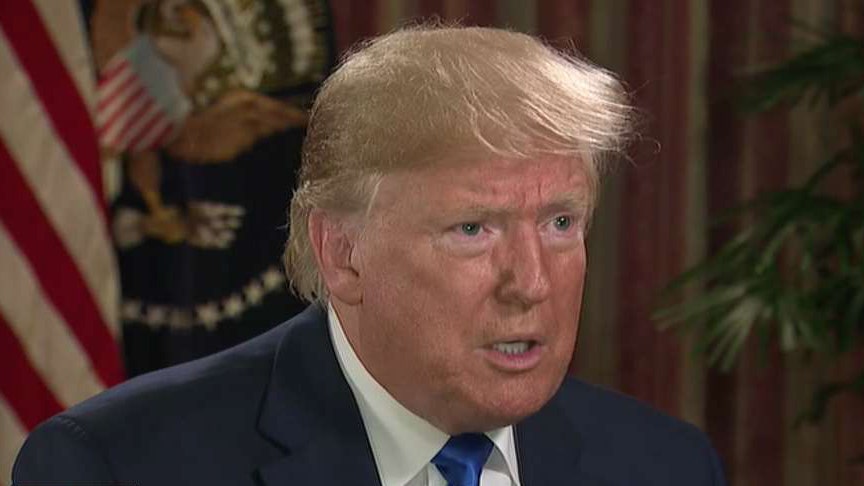 EXCLUSIVE: Former President Trump slammed President Biden’s spending agenda as the “Green New Deal bill,” warning that, if passed, the American people will face tax increases, and the Democratic Party will lose dozens of seats in the House of Representatives during the 2022 midterms.

In an exclusive interview with Fox News Friday, the former president discussed President Biden’s “Build Back Better” agenda and the bipartisan infrastructure package pending in Congress.

Biden has struggled to reach a deal that satisfies both progressive and moderate Democrats on both the reconciliation and infrastructure bills in both the House and the Senate.

“It is hard to believe they won’t do it, but I think if they do it, it’s going to cost [Biden] a lot in the election,” Trump told Fox News. “Because the people don’t want it. It is a rip-off for America. It is a big tax increase.”

“It is a Green New Deal bill,” Trump said.

“We have a lot of great people in the Republican Party,” Trump said. “We have some bad ones, like everything else, but we have some tremendous people.”

“The one thing I’ll say is, the Democrats, they’re vicious, they have horrible policy, but, they stick together,” Trump said. “This is the first time I have seen it in a long time.”

And on Friday, Biden canceled a planned trip to Rehoboth, Del., to stay in Washington, as the White House and Democratic leaders attempted to rally enough support among House progressives to pass the bipartisan infrastructure bill by Friday night.

Sources told Fox News that Biden was personally calling progressive holdouts who were considering voting down the bill.

But Trump told Fox News that the passage of the bill would benefit Republicans in 2022.

“If they vote on this bill, I think we’ll pick up an extra 30 seats,” Trump said. “Because people don’t want a tax increase, and they don’t want a Green New Deal, and that’s what this is.

“It is a combination of those two things.”

A White House official told Fox News that Biden is speaking with House leadership, progressives and moderates “in an effort to come to a solution” Friday night.

Democrats in the House had expected to have the votes to pass both the bipartisan infrastructure bill and their massive reconciliation spending bill Friday.

Biden’s social spending package, once valued at $3.5 trillion, is now down to a leaner $1.75 trillion after progressives and moderates agreed to cut programs, including universal community college.