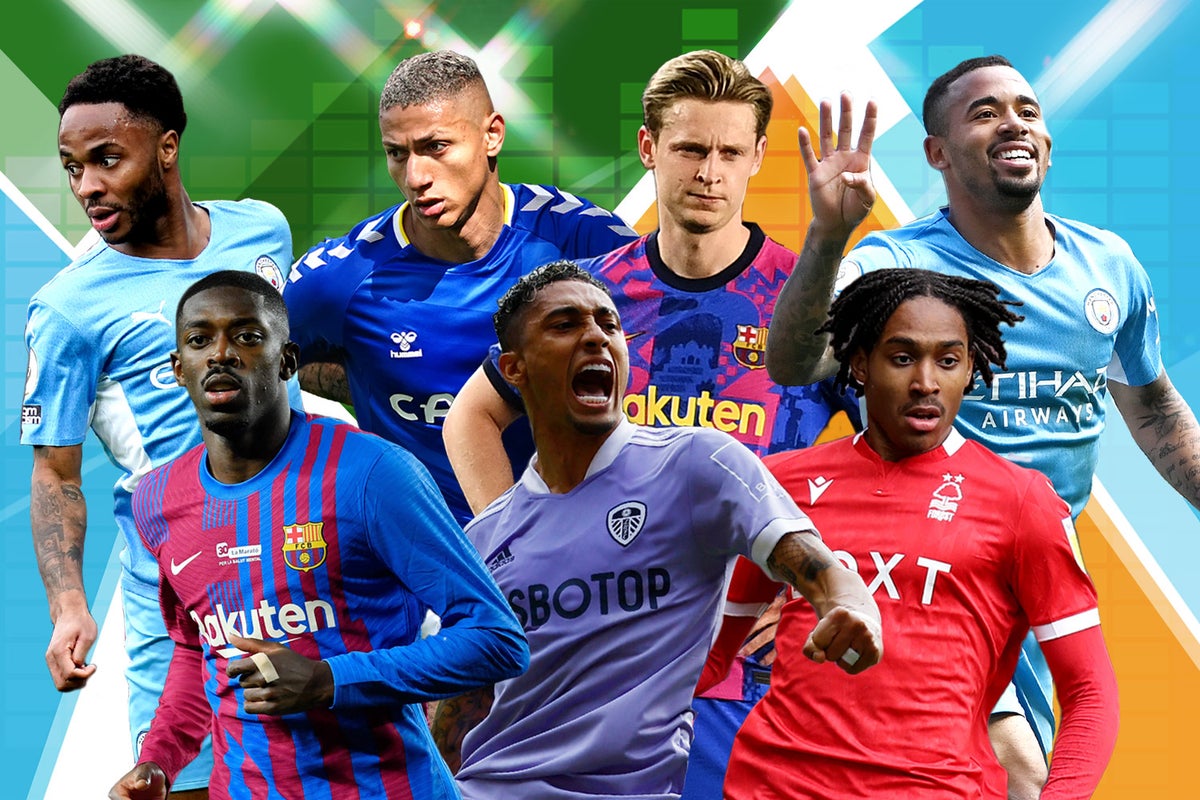 Arsenal, Tottenham and Chelsea are all looking to confirm new signings as the summer transfer window heads into July. Spurs are poised to sign Richarlison in a deal worth up to £60m, and also want Barcelona’s Clement Lenglet, Djed Spence of Middlesbrough and have been linked with Youri Tielemans.

Arsenal are expected to announce the arrival of Gabriel Jesus from Manchester City at any time and are battling Manchester United for Ajax defender Lisandro Martinez, with a new bid made. However, Chelsea have hijacked their chase for Leeds winger Raphinha, with the Blues hopeful that a huge contract offer will fend off any late interest from Barcelona.

Chelsea have turned to Kalidou Koulibaly in their search for new centre-backs as they also chase Matthijs de Ligt, while a formal bid for Raheem Sterling is expected soon. West Ham, meanwhile, are confident of signing Arnaut Danjuma. Follow all the latest transfer news, rumours and gossip throughout a busy day below.

Gnabry has just one year remaining on his current deal, and the German giants are weighing up cashing in on the 26-year-old.

Having missed out on Raphinha, the Gunners will hope to lure the former player back the Emirates should the opportunity arise.

Watford get £2m from Richarlison deal

Watford will bank around £2 million from Richarlison’s move to Tottenham, according to the Athletic.

The club inserted a clause in the £40m move to Everton which sees them entitled to 10 per cent of the profit from the player’s next move.

Everton, should all add-ons be met, should make £20m profit on Richarlison, who will officially become a Spurs player on Friday.

Fernandinho has posted a goodbye letter to Manchester City and the fans.

Valverde back at Bilbao

Ernesto Valverde is returning to Athletic Bilbao for a third time, signing a one-year contract.

Valverde, who last coached Barcelona and guided them to two league titles and the Copa del Rey, had been out of a job since he was sacked in January 2020.

“It’s always an honour to coach Athletic,” Valverde said. “This club means a lot to me. And I know what it means not just to Bilbao, but to a lot of other places around the world too.

“I made the decision to return because I believe this is a challenge which is exciting and demanding enough to make it worth a go. The main objective is that the fans feel proud and can identify with the team. We’ve got a good team to work with and that’s what we’re going to set about doing.”

Loftus-Cheek a target for Lazio

Chelsea and Lazio are to meet to discuss moves for Emerson Palmeiri and Ruben Loftus-Cheek.

That’s according to Corriere della Sera, which adds that both players are free to leave Stamford Bridge this summer.

Lisandro Martinez would prefer to join Manchester United over Arsenal, a blow to the Gunners’ transfer hopes.

The defender played under Erik ten Hag at Ajax and both player and manager are hoping for a reunion at Old Trafford, according to Telegraaf.

Martinez sees United as a “top club”, the report adds, suggesting the does not think the same about Arsenal.

Chelsea have hope that Barcelona are prioritising a move for Robert Lewandowski over signing Raphinha, reports the Telegraph.

Chelsea have agreed a deal with Leeds and personal terms with Raphinha, though the player is hopeful Barca will reenter the race for his signature.

Raphinha is happy to join Chelsea should Barca bow out.

Spurs close in on Spence

Tottenham are nearing an agreement to sign Djed Spence in a deal worth an initial £15million, reports 90min.

Negotiations had stalled by now the expectation is that Spurs will have the right-back in time for the start of pre-season on Monday.

Spence should be joined by Everton forward Richarlison and Barcelona defender Clement Lenglet next week.

See what you think.

Wilshere told talkSPORT: “I think he improves the [Tottenham] squad, definitely. He gives them something different. I wouldn’t say I’m gutted [as an Arsenal fan]. He’s 25, so he’s not young.

“There comes a point where he’s going to have to turn all that potential into something. To be fair if anyone can do it it’s probably Antonio Conte.

“So I wouldn’t say I was devastated as an Arsenal fan but I think he will be one to watch, he could be really, really good.

Chelsea are happy with how negotiations with Juventus over a move for Matthijs de Ligt are progressing, with Christian Pulisic or Timo Werner likely to move in the opposite direction.

The Telegraph reports that De Ligt’s eagerness to make the move will see Juve drop their demands, which were initially to see the player’s £102m release clause activated.

Nathan Ake is likely to join De Ligt at Chelsea, the report adds, with Manchester City wanting to recoup the £40m they paid Bournemouth for him two seasons ago.