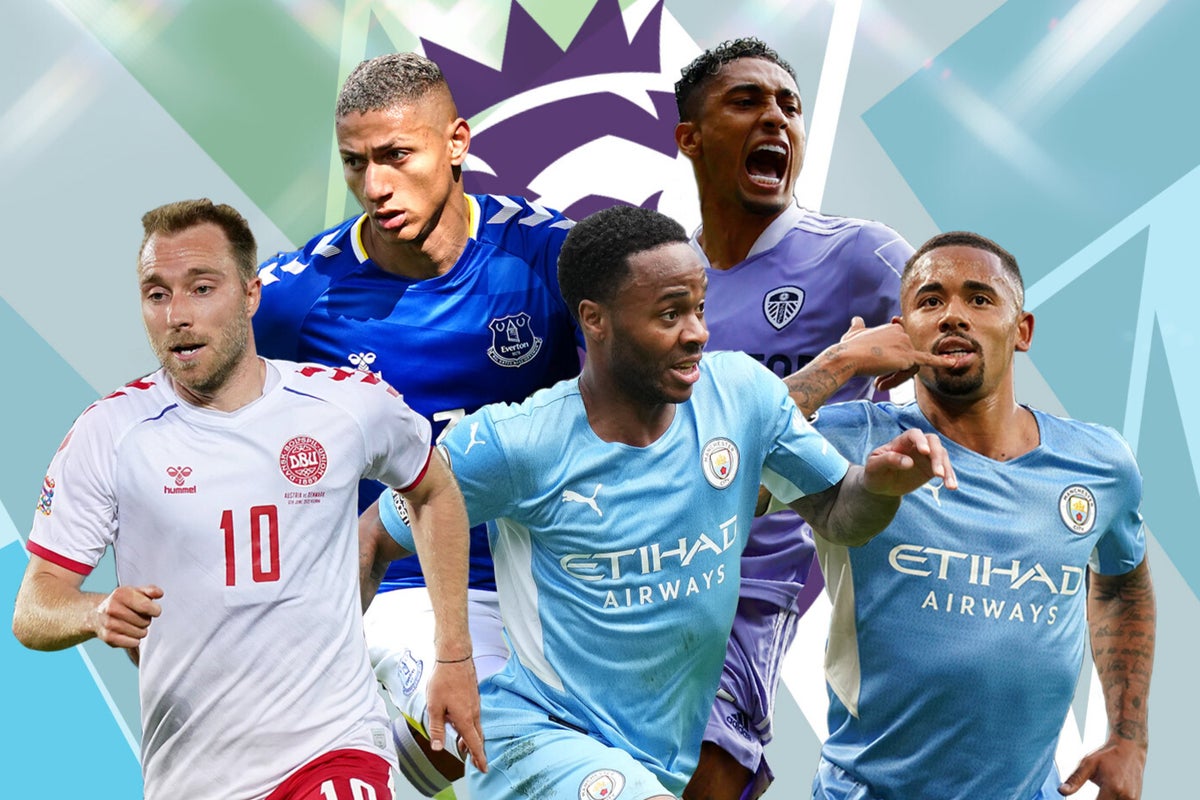 Arsenal, Tottenham and Chelsea are all eyeing up busy summer transfer windows as the three London clubs push for big-money deals.

The Gunners have announced the signing of Fabio Vieira from Porto, and are hoping to add Leeds winger Raphinha to their squad too after submitting a formal offer. That is expected to be rejected though. Gabriel Jesus is also a target, with the Manchester City striker’s agents travelling to the UK to finalise his move. Tottenham are still hopeful they can beat Arsenal to the signing of Jesus, while more talks are expected this week as Spurs make another move for Djed Spence.

Chelsea are pressing to sign Raheem Sterling, with Romelu Lukaku closing in on a return to Inter Milan after a deal was reached between the clubs. West Ham are preparing to bid for Armando Broja. Follow all the latest transfer updates below.

Vieira a fan of Arsenal duo

Fabio Vieira has spoken of his admiration for Bukayo Saka and Emile Smith Rowe after completing his move to Arsenal.

The 22-year-old has joined the Gunners in a deal worth around £34million from Porto, becoming the club’s first major signing of the summer. Brazilian teenager Marquinhos was signed earlier this month.

In his first interview as an Arsenal player, Vieira revealed he spoke about the move with Nuno Tavares, who he has played with for Portugal’s Under-21s side, as he discussed some of his new teammates.

“I’m a fan of Saka and Smith Rowe, I really like the way they play,” Vieira told the club’s official website. “Odegaard is quite similar to me.

He added: “I’ve had the chance to speak to [Tavares]. He told me a bit about the club.”

Salihamidzic: Mane is a world start

Bayern Munich sporting director Hasan Salihamidzic has revealed his delight at the club securing a move for Sadio Mane.

The 30-year-old was pictured in a Bayern shirt earlier today and that deal is expected to be completed in the coming days.

“Sadio Mane is at the peak of his career, at a great age, is in great shape and he’s greedy for titles – he’s at exactly the right club,” Salihamidzic told Bild.

“We’re all proud and happy that such a world star comes to FC Bayern.”

Arsenal have reportedly submitted a formal offer for Leeds winger Raphinha this evening.

That’s according to The Athletic, who claim the bid is well below Leeds’ valuation and it’s expected to be rejected immediately.

It remains to be seen whether the Gunners go back in for the Brazilian, who it believed to favour a move to Barcelona as a his first-choice, and then Chelsea over either Arsenal or Tottenham.

Takumi Minamino is close to sealing a permanent move to Monaco.

The 27-year-old has struggled for regular first-team opportunites at Liverpool, recent speaking of his frustration at the situation.

Sky Sports report that the Reds have agreed a £15.5million deal with Monaco, which will see Minamino sign a five-year deal with the French club.

Suarez: No need for Nunez comparisons

Luis Suarez has played down any comparisons between himself and fellow Uruguayan Darwin Nunez, Liverpool’s big-money signing.

“He will write his own story at Liverpool,” Suarez told The Mirror.

“He is Uruguayan and he is a forward but that is where the comparisons stop – he is a special player and doesn’t need to be compared with anybody.

“He is going to a great club with one of the best coaches in the world, players he can learn off, and of course those special fans.”

The goalkeeper is without a club as he leaves Liverpool at the end of his contract, but is excited about the move his former teammate has made.

“When Bayern manages to sign someone like him then you can only congratulate them and the Bundesliga.”

Edu: More to come from Arsenal in window

Arsenal’s technical director Edu confirmed he intends for there to be more to come in the transfer window from the Gunners after they announced the signing of Fabio Vieira.

It follows the arrival of Brazilian teenager Marquinhos and the Gunners will hope there is more to come, with Gabriel Jesus, Raphinha and Lisandro Martinez all strongly linked with a move to the Emirates.

The club are particularly confident that they will win the race to sign Jesus, with his representatives travelling to England to wrap up a transfer to Arsenal.

Edu said: “We will now continue to work hard and are looking forward to finishing this transfer window as strongly possible.”

More on Lukaku’s loan to Inter

Romelu Lukaku is set to have a medical at Inter Milan next week ahead of his return to the club, report The Athletic.

That will then pave the way for the €8 million loan move to be completed, while an agreement has also been reached with Chelsea over the player’s wages and performance bonuses.

Al-Khelaifi: Mbappe does not care about money

PSG president Nasser Al-Khelaifi has insisted money was not the motivating factor behind Kylian Mbappe’s decision to stay in Paris and reject Real Madrid.

The Frenchman had looked likely to join Real this summer when his PSG contract expired, but had a change of heart and instead signed a new deal with the Ligue 1 side.

“They say Mbappe stayed for money, but Real Madrid offered him much more than us,” Al-Khelaifi said

“They were willing to reinvest the €170million from last summer when he was free.

“I know Mbappe well, I know what he and his family want, they don’t care about money. He chose to play here because it is his city, his club, his country and the sporting project.”