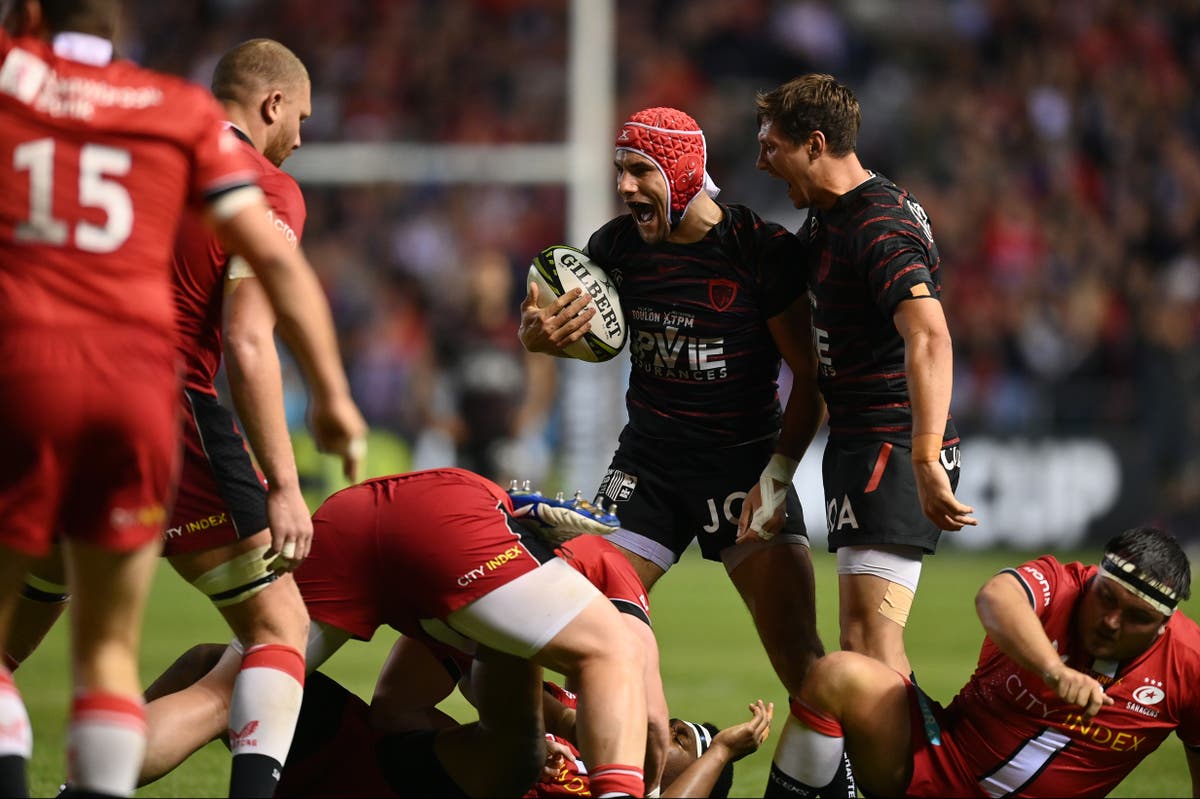 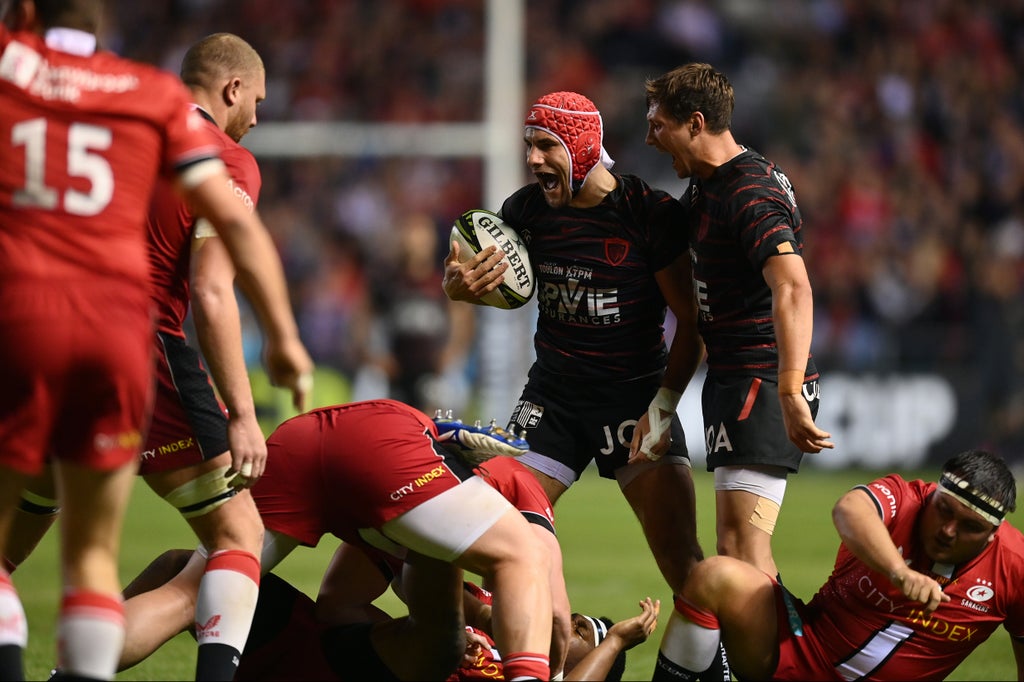 Following on from Wasps’ defeat earlier in the day, Toulon will play Lyon in an all-French final at the Stade Velodrome in Marseille.

A brace of tries from France Six Nations grand slam wing Gabin Villiere, along with a stunning individual effort from Jiuta Wainiqolo, got Toulon over the line while player of the match Louis Carbonel also kicked 10 points.

It took a mere three minutes for Toulon to draw first blood. Saracens scrum-half Aled Davies was caught by the Toulon pack, with the ball turned over for Baptiste Serin to chip over the top and Carbonel chased hard to regather the ball. Sergio Parisse and Carbonel then combined with a perfectly executed scissors move to put Villiere over at the left-hand corner.

Carbonel converted from the touchline, but Saracens hit back with three points from Farrell’s boot.

A few minutes later Farrell was lining up another shot at goal, only this time it hit the upright with the ball cleanly taken by Serin. The Toulon scrum-half went to clear but was charged down by Earl, who touched down to score with Farrell adding the extras.

Farrell and Carbonel exchanged penalties, but Toulon’s pack were beginning to gain the upper hand.

On the stroke of half-time Toulon hit Saracens with a well-constructed try. The ball was put through the hands of Carbonel, Parisse, Charles Ollivon and Cornell du Preez who put Villiere over for his second try to give Toulon a 15-13 lead at the interval.

The opening stages of the second half were ferocious with both sides going at each other hammer and tong, but it was Toulon who extended their lead with Villiere winning a penalty at the breakdown to allow Carbonel to extend their lead to five points from the kicking tee.

Saracens hit back with Farrell smashing over a penalty from 45 metres out on an angle.

Toulon extended their lead with a sensational individual try from Fijian wing Wainiqolo, who bamboozled three Saracens defenders in Farrell, Davies and Alex Lozowski to run in unopposed from 35 metres out.

Saracens refused to throw in the towel as they lay siege to the Toulon try line, but home side’s defence remained intact after a period of intense pressure from the English club.

A tremendous tackle from Eben Etzebeth on Callum Hunter-Hill over the try line denied Saracens, who were building more pressure in the Toulon half. But a mistake from Farrell, who missed touch with a penalty kick to the corner, allowed Toulon to regain field position.

There was no way back for Saracens, who huffed and puffed to no avail.