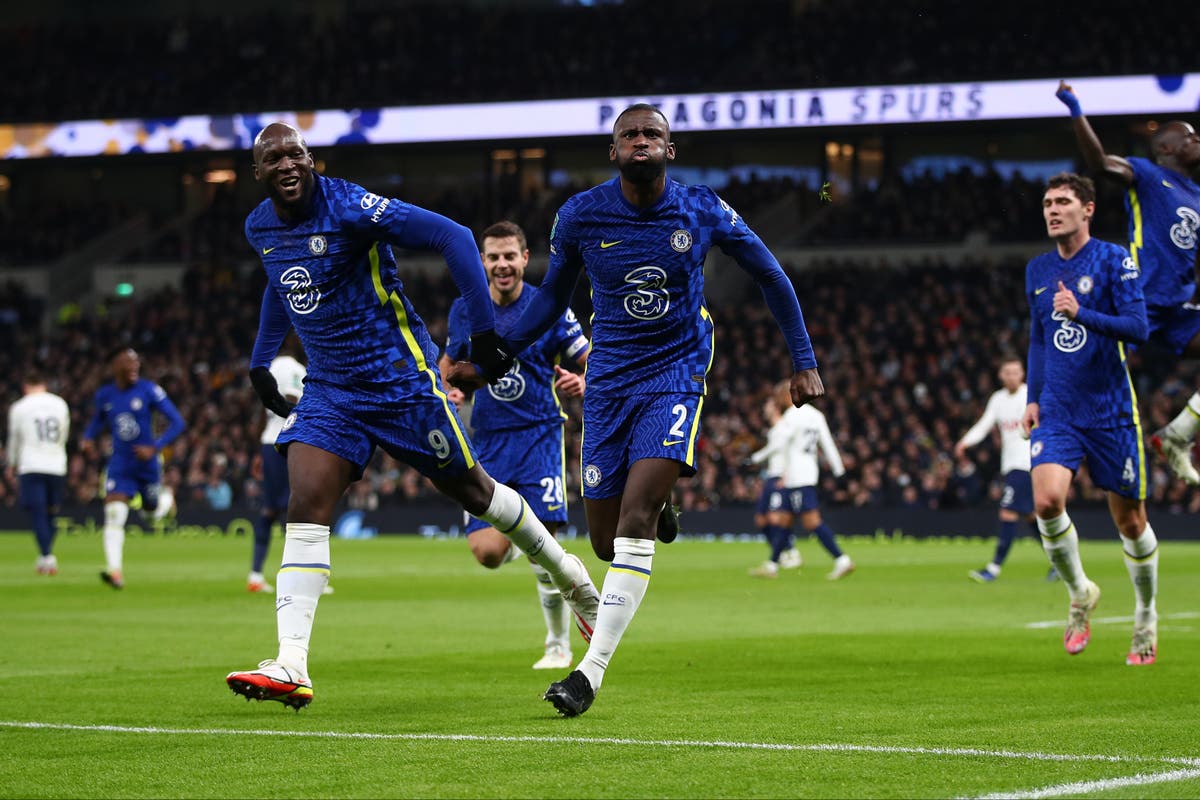 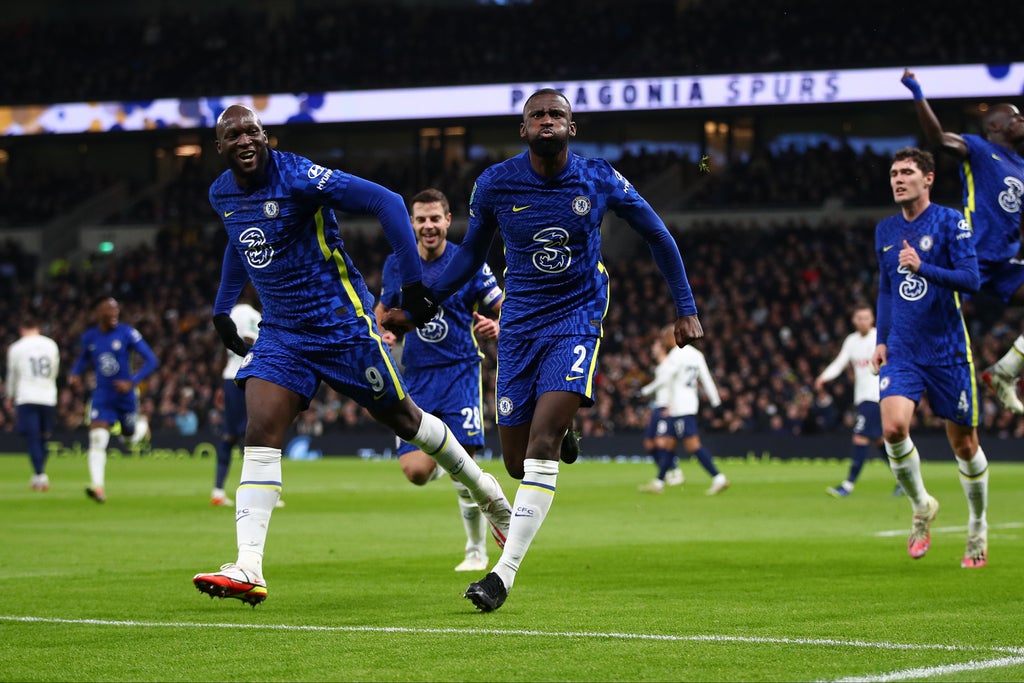 Chelsea have one foot in the final of the Carabao Cup, with Tottenham needing to launch a memorable comeback tonight if they are to reach Wembley.

The Blues were dominant in last week’s semi-final first leg at Stamford Bridge, running out 2-0 winners thanks to Kai Havertz’s strike and an unfortunate own goal from Ben Davies, and they could easily have had more.

Both sides made smooth progress in the FA Cup at the weekend, Chelsea hammering non-league Chesterfield and Spurs surviving an early scare to eventually cruise past Morecambe and into the Fourth Round.

Dan Kilaptrick is at the Tottenham Hotspur Stadium

The game was paused for several minutes although there was no announcement from the PA system to explain the situation. A number of stewards and medical staff are still gathered halfway up the South Stand after fans in the Park Lane desperately gestured for attention

90+2 mins: Andre Marriner signals and we are back underway.

90 mins: We’re still not sure exactly what’s going on and it’d be unwise to speculate. In the meantime, the board has just gone up to signal six added minutes, though of course we haven’t started them yet.

87 mins: Hmm. The game has been paused here because it looks like there’s some sort of incident in the stand behind the goal at the far end of the ground.

85 mins: Tottenham have been better this half – but there has been little doubt as to who will be in the final from the moment Rudiger scored.

The feeling is that if Chelsea needed to step up a level, they could have done just that. The fact is, they didn’t need to. Job done.

79 mins: Harry Winks has got a taste for a goal after that one at the weekend – which he claims he meant – but this is a wild effort. Not sure if it’s higher or wider but it’s nowhere near the goal.

That might be him done because Oliver Skipp is being readied.

72 mins: So into the final twenty minutes of the tie we go and Thomas Tuchel has sent on the likes of Thiago Silva and Marcos Alonso to try and see this out in calmer fashion, the Blues switching to a back five.

Bryan Gil and Ryan Sessegnon are both on for Spurs.

Dan Kilpatrick is at the Tottenham Hotspur Stadium

Spurs are, at least, putting up a spirited fight and creating some chances with a quarter of the tie remaining. As superior as Chelsea have been in both legs, Spurs may look back and reflect that they had their chances – but given the Blues three soft goals.

James Robson is at the Tottenham Hotspur Stadium

This has been a decent spell for Tottenham. They are applying a concerted period of pressure on Chelsea and Emerson has just forced a good save from Kepa.

It doesn’t really feel like it will provide a goal – but it is giving the home fans something to cheer.