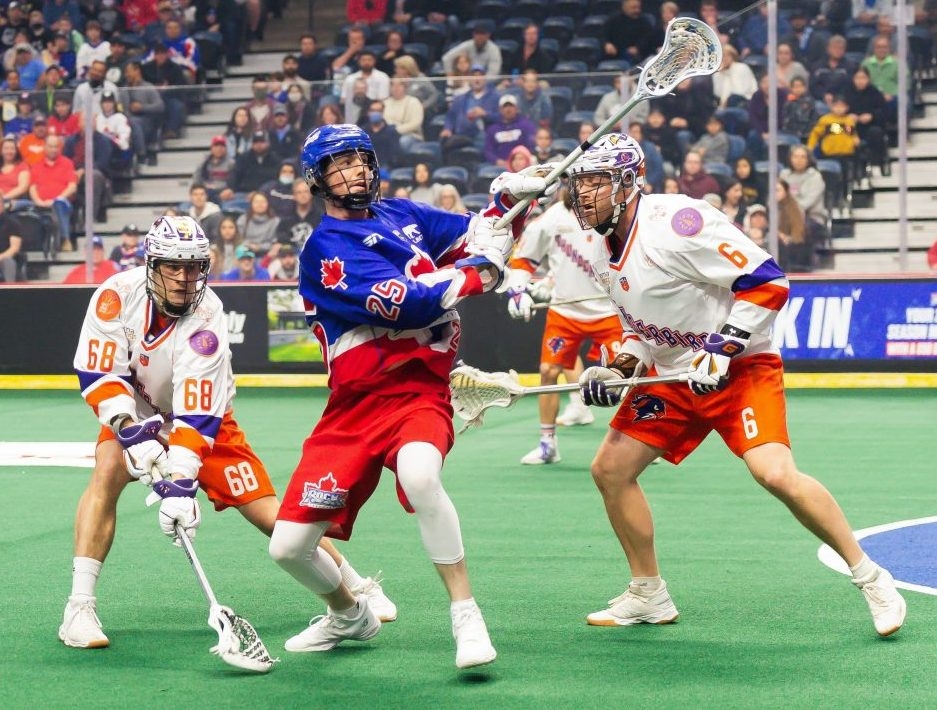 HAMILTON – The Toronto Rock did just enough to avoid ending its season to a monumental collapse. And it was up to the captain to deliver.

Challen Rogers scored at 2:27 of overtime to give the Rock a 14-13 win over the Halifax Thunderbirds at FirstOntario Centre on Friday. Rogers turned a tip attempt into a gratuitous loose ball and found himself on a breakaway. He then put a low shot by Thunderbirds’ goaltender Aaron Bold to send his team to the East Division final of the National Lacrosse League playoffs.

“I had an idea of what I wanted to do,” Rogers said. “I thought Boldy would extend a bit so I was looking like I would shoot short-side.”

Rogers, the two-time NLL transition player of the year has been solid on both ends of the floor so taking advantage of the moment wasn’t surprising to his head coach Matt Sawyer.

“Rogers is far and away the best all-around player in the game of lacrosse,” Sawyer said. “We ask him to do a lot for us.”

“I’m glad he had that moment.”

Rogers’ goal ended a game that looked entirely different in the second half than it did in the first. The Rock ditched its slow start and dominated the first half for the opening faceoff. The defense throttled the Halifax offense and the Toronto attack clicked often as the Rock took a 9-3 lead to the dressing room.

But the Thunderbirds, who were 8-1 at the midway point of the season, showed their tenacity and talent in the second half, cutting the deficit to 12-8 after three. They tied the game in the fourth and had chances to win it in the dying minute. But two big saves by Rock goaltender Nick Rose and a supposed goal that fell just short of beating the time clock sent the game to overtime.

The Rock were led by Tom Schreiber with three goals. Zach Manns and Dan Dawson scored twice as did Rob Hellyer, who was returning from injury. Mitch de Snoo also scored twice off transition.

The Thunderbirds were led by Austin Shanks, Stephen Keogh, and Cody Jamieson, all with two goals each.

The Rock will now wait to see who its opponent will be in the best-of-three division final. The Buffalo Bandits host the Albany FireWolves on Saturday.