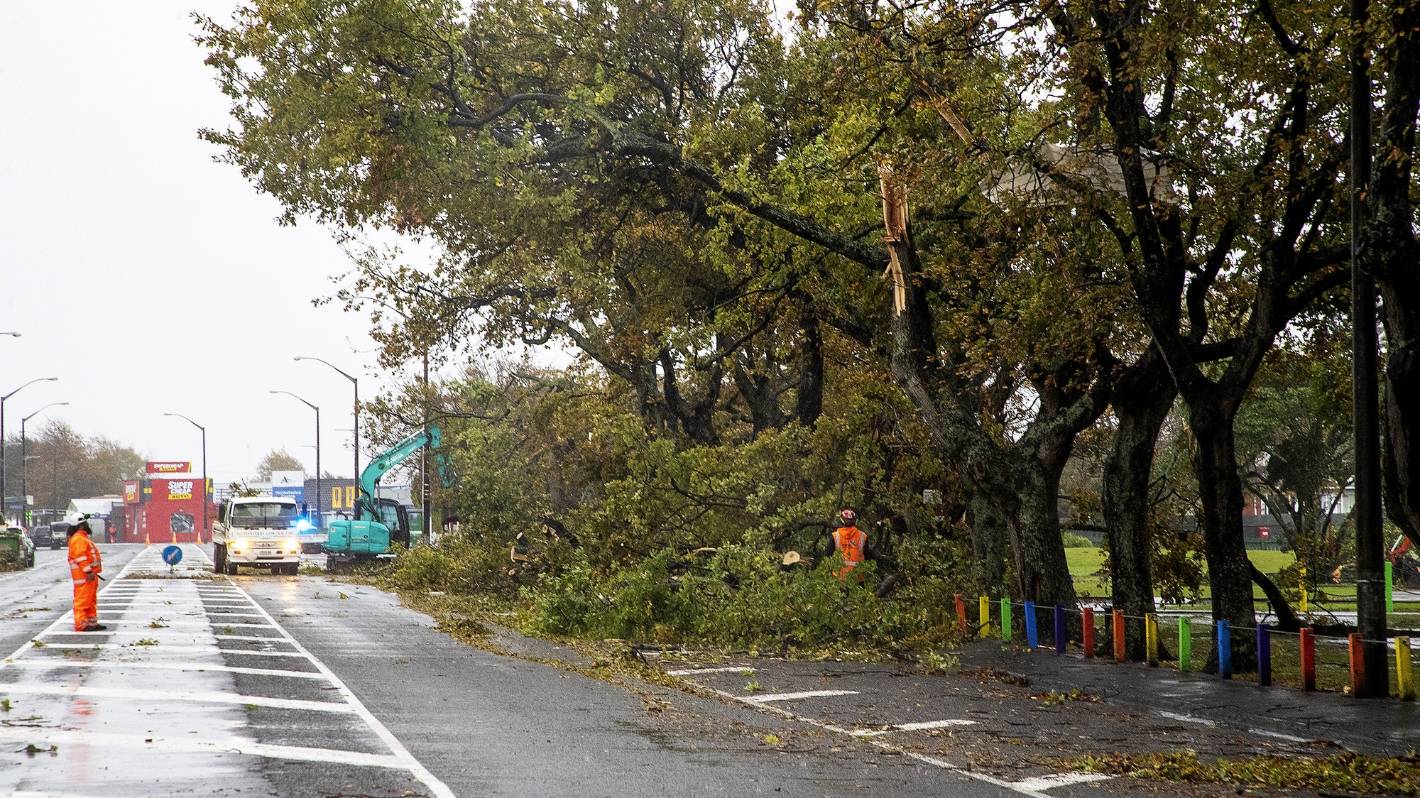 The state of Levin’s main road has been a long-term bug bear for the Horowhenua town and Friday’s tornado has put it all back into focus.

State Highway 1 through the centre of Levin was closed for more than four hours after fallen trees covered the road when the twister ripped through at 6.30am.

The detour, along Cambridge Street, was also covered in floodwater and passing vehicles had pushed it onto neighbouring properties.

Ōtaki MP Terisa Ngobi advised motorists not to travel unless absolutely necessary, but with alternative routes like State Highway 57 shut, the route past Levin was almost impassable.

Horowhenua mayor Bernie Wanden said with weather events such as these the region had to be a lot more prepared.

“We were really fortunate the disruption wasn’t further south around Ōhau, Kuku, or Manakau where there’s no alternative route.”

The Ōtaki to North of Levin (Ō2NL) expressway, planned to start construction in 2025, will eventually take traffic away from the town centre and give two routes between Ōtaki and Levin when it is completed in 2029.

“For internal traffic, it wouldn’t have made much difference but certainly for traffic heading north and south, it would’ve made a huge impact in situations like this.

“The reality is we’re going to see more extreme weather events like this so Ō2NL is just one of the factors that will increase our infrastructure resilience.”

The Levin clean-up is well underway with the community wrapping its support around those affected by the tornado.

With SH1 being the main artery between Wellington and the lower North Island, impacts on road closures played havoc with the haulage industry.

National Road Carriers Association commercial transport specialist Steve Chapple said drivers often had no choice but to sit and wait it out.

“For drivers going from Wellington port to Palmerston North, if that road is closed, going over the Remutakas just isn’t an option.

“Sometimes they can’t do it because they don’t have the hours in their log books for SH2. And a lot of trucks make scheduled drop-offs at the towns in between, so they have to go back the way they came.”

Chapple said disruptions showed how critical these roads were for businesses.

“If the road is impassable, a lot of times they just have to park up.

“And that’s fine, for a lot of cargo you can, but if it’s time-sensitive perishable cargo they’ve got to pull up and save the stock.”

Since Friday’s carnage, the community in Levin had come together to clean up the mess.

A dozen teachers and volunteers at St Joseph’s Catholic School did one final sweep of the school field on Monday after the tornado littered the grounds with broken glass.

Principal Maria Lyne said: “We had people turn up at our door, just wanting to see how they could help.

“It’s been a community effort to get the school in a place where we can welcome our kids back through the door.”

The school would reopen on Tuesday, although the school playing fields would remain out of bounds for a few more days.