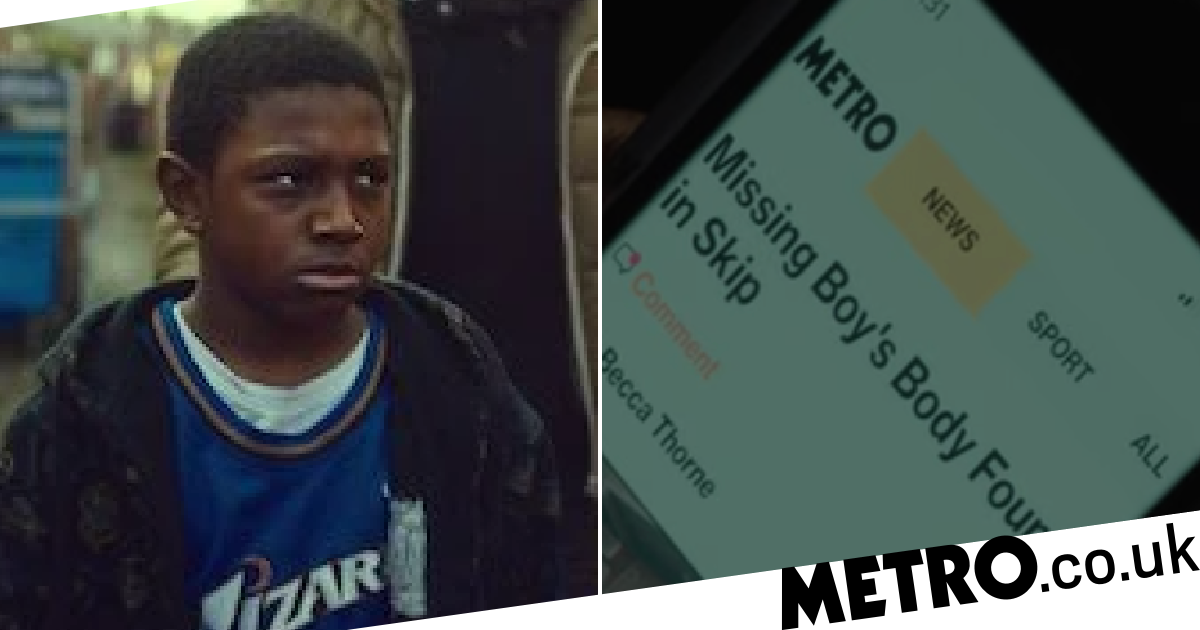 Fans had been fearing the worst for the character, played by Keiyon Cook, ever since the trailer for the new series arrived and appeared to show a vigil for the teen.

The new series began with Ats’ mother Amma (played by Jolade Obosola) desperately searching Summerhouse for her missing son, who she hadn’t seen in some time.

Despite her attempts to locate him, the second episode delivered a gut punch as it was revealed he had been found dead with police launching a murder investigation.

The instalment opened with Amma grieving surrounded by loved ones as they came to pay their respects.

Subsequent scenes showed Ats’ best friend  Stef (Araloyin Oshunremi) reading a news article confirming that he had been discovered in a skip.

As the chapter continued, Jaq (Jasmine Jobson) came across CCTV footage that appeared to show Ats being bundled into a car, which prompted a mission to find out who was responsible for the murder.

Viewers were heartbroken by the upsetting scenes and flooded social media as they aired their disbelief. ‘They killed my boy Ats,’ wept one, as another posted: ‘Justice for Attica!’

But why was Ats killed?

Who killed Ats and why was he murdered?

As the series continues it’s revealed that Dexter killed Ats due to beef from the last season.

Viewers will remember how Ats was ordered by Dushane to plant a bag of weapons and class A drugs in Jamie’s flat, which ultimately led him to be imprisoned.

However, Dushane U-turned and decided to strike a deal with Jamie by helping get him out of prison.

The pair subsequently joined forces, while the Summerhouse gang tried to figure out who had murdered Ats.

It’s later unveiled that Kit had ordered Dexter to ‘teach Ats a lesson’ for getting Jamie locked up but Dexter had accidentally killed him.

Upon learning this, Kit murdered Dexter, with Jamie later going on to kill Kit for ordering Ats’ death.

While the fandom is still coming to terms with Ats’ death, Top Boy star Ashley Walters has said there’s no show without his character Dushane or Kane Robinson’s Sully.

‘No, I don’t think it could if I’m honest with you,’ he told Metro.co.uk in an exclusive interview.

‘Look, potentially there’s space for it, but I think that relationship is the core of the show, of what the show is about.

‘And although there are so many new characters that have come into it, I think those two characters are the spine of every story. Every story connects to us in some sort of way.’

The brand new series sees Dushane on a roll. He won the war against the young pretender Jamie, leaving his Summerhouse crew unrivaled and making more money than ever.

‘Life with Shelley (Simbi Ajikawo) is going well too and allows him to dream of a future away from the road,’ the synopsis teases. ‘But then a problem from an unexpected quarter arises and threatens to bring it all crashing down.’