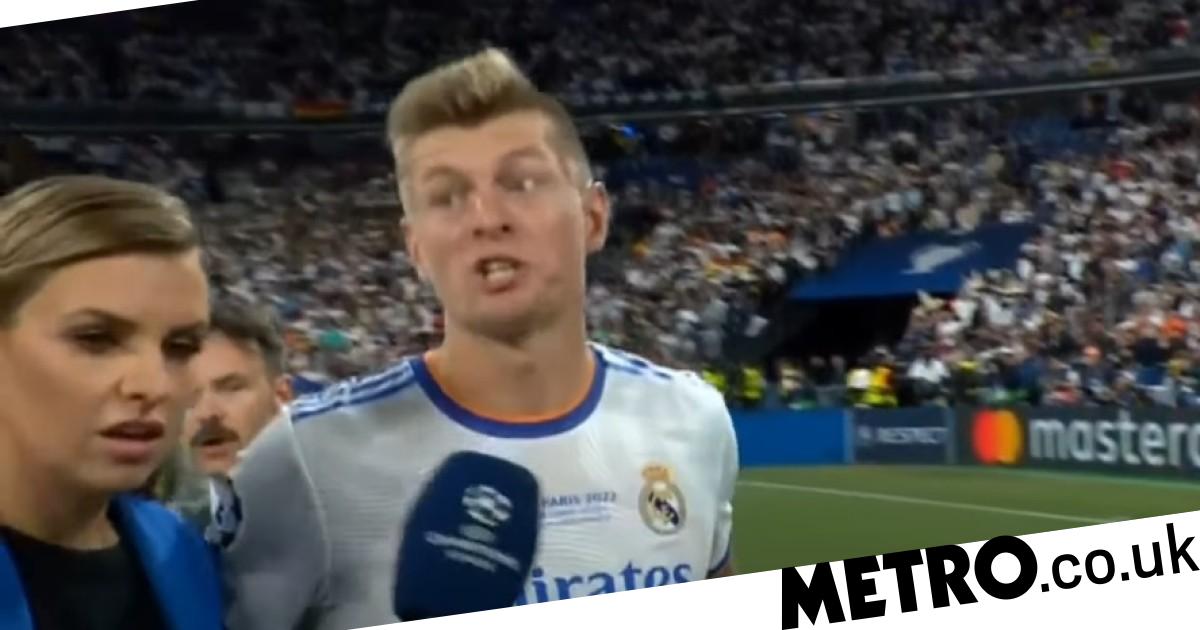 Toni Kroos stormed out of an interview with a German broadcaster in the aftermath of Real Madrid’s victory over Liverpool in the Champions League final on Saturday evening.

Vinicius Junior’s second half goal sealed the win for Madrid at the Stade de France, while Liverpool had 24 attempts on goal but were denied by a brilliant performance from Thibaut Courtois.

Kroos has now won four Champions League trophies during his time at Madrid, and five times during his career following his success in the competition with Bayern Munich.

But the 32-year-old was furious with the suggestion that Madrid struggled against Liverpool in Paris.

‘We put up a great fight and we knew that Liverpool are a great team. What does ‘not taken for granted’ mean? We won. Finished.’

Kroos then lost his cool when the reporter asked: ‘was it surprising for you that Real Madrid got into a lot of trouble?’

Kroos hit back with: ‘You had 90 minutes to think about sensible questions. And then you ask me two s****y questions. That’s crazy.

‘It’s not surprising that you get into trouble against Liverpool. What is that a question? We’re not playing a group game somewhere, we’re playing the Champions League final.’

Kroos then shook his head and ended the interview before he walked away.

As he walked past the ZDF reporter a few moments later, Kroos could be heard saying: ‘It’s really bad. Really bad, really.

‘First you ask three negative questions. You already know that you come from Germany.’