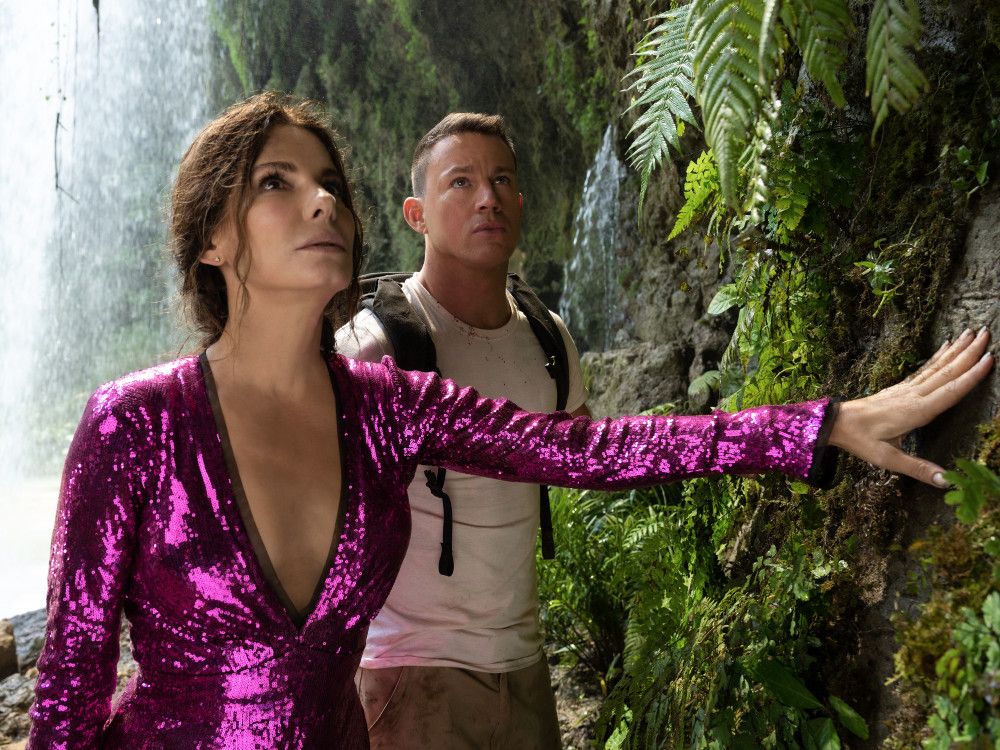 If you were looking forward to Kenneth Branagh’s Death on the Nile , once confidently slated for a Christmas 2019 release – well, that ship has yet to sail. With star Armie Hammer facing accusations of abuse, the studio pushed the film’s launch date downriver to October 2020. Then came COVID, and Death kept getting punted further into the future. Now it’s set to open on Feb. 11, but in the face of the Omicron Variant, will it be anchors aweigh, or Armie’s away? Time will tell. Here’s what we know about the coming season of films. See you at the movies – I hope.

Jessica Chastain heads a cast that includes Penelope Cruz, Diane Kruger, Lupita Nyong’o and Bingbing Fan in the spy caper The 355 (Jan. 7). Kenneth Branagh is Hercule Poirot, with Gal Gadot among the star-studded cast in Death on the Nile (Feb. 11). Tom Holland and Mark Wahlberg get their video game on in Uncharted (Feb. 18). Robert Pattinson tries on the cape in The Batman (March 4). And Sandra Bullock and Channing Tatum explore The Lost City (March 25).

Liam Neeson puts that particular set of skills to use again as a government operative in Blacklight (Feb. 11). Mark Rylance is a tailor on the run from the mob in The Outfit (Feb. 25). Jake Gyllenhaal heads up the cast of Ambulance , about a stolen emergency vehicle (April 8). And Robert Eggers delivers a story of revenge and Vikings in The Northman (April 22). Younger adrenalin junkies can enjoy the story of a girl, a wolf pup and a lost lion cub in The Wolf and the Lion (Feb. 18), or the third in what looks to be an endless series, with Fantastic Beasts: The Secrets of Dumbledore (April 15).

Beyond the Infinite Two Minutes is a one-shot time-loop comedy? Sign me up! (Jan. 7) Morbius features Jared Leto as another weird character in a comic-book cinematic universe? Sign me up, I guess, so I can keep track of these things (Jan. 28). Moonfall , Roland Emmerich’s latest disaster flick, puts our natural satellite on a collision course with the Earth (Feb. 4). Everything Everywhere All At Once features Michelle Yeoh as a woman who exists across multiple universes, much like Jared Leto (March 25). And little is known about 65 except that it stars Adam Driver as an astronaut who crashes on a mysterious planet. So sign me up for that one, too (April 29).

See For Me , from Canadian director Randall Okita, sounds like a clever concept, as a visually impaired teen facing a home invasion gets help from a sighted person through an online app (Jan. 7). Scream shouldn’t be confused with 1996’s Scream , so let’s all call it Scream 5 , shall we (Jan. 14)? A young nun tries her hand at exorcism in The Devil’s Light (Feb. 25). And You Won’t Be Alone is a supernatural horror set in an isolated mountain village in 19th-century Macedonia (April 1).

Pedro Almodovar’s Parallel Mothers is a fable about two women who give birth on the same day (Jan. 21). Scarborough , a runner-up for the Toronto festival’s People’s Choice Award, is set in the Toronto suburb (Jan. 28). The Worst Person in the World is an Oscar nominee from Norway’s Joachim Trier (Feb. 11). From Britain, Mrs. Harris Goes to Paris sounds like the kind of rhyme Emily in Paris was going for (March 4). Also from Britain (and also based on a novel, this time by Graham Swift) comes Mothering Sunday , opening just two weeks before Mothering Sunday (March 11). And if you need even more British content, there’s Downton Abbey: A New Era (March 18). The Unbreakable Boy tells a heartwarming tale of a boy with brittle bones and autism (March 18). And All My Puny Sorrows features one Canadian (writer/director Michael McGowan) adapting another (novelist Miriam Toews) (March 25).

Last of the Right Whales is about efforts to save an endangered species that was hunted almost to extinction (Jan. 23). Lawyer Jeffery Robinson leads viewers through a history of anti-Black racism in the U.S. in Who We Are (Feb. 4). And Jazz Fest celebrates the long-running New Orleans Jazz & Heritage Festival (Feb. 25).

Set in New York City during the Jazz Age, Fireheart is an animated story about a girl who wants to be a “woman fireman” (Feb. 11). In Jackass Forever , Johnny Knoxville and his merry band are up to their old, dangerous tricks. (Feb. 4) Turning Red is a first feature from Toronto animator Domee Shi (March 11). Sonic the Hedgehog 2 features what is easily the 17th greatest blue character of all time, just behind Mystique, Gonzo, Grover, Dory, Genie, Sulley, Stitch, Megamind, Ronan, Nebula, Yondu, Nightcrawler, Max Rebo, Neytiri, Smurfette and Sally from Cars (April 8). In The Bad Guys , Mr. Wolf, Mr. Snake. Mr. Piranha, Mr. Shark and Ms. Tarantula plan the ultimate heist. And no, those aren’t code names (April 15). Paris, 13th District is a rom-com from French director Jacques Audiard (April 15). And Nicolas Cage stars in the action-comedy The Unbearable Weight of Massive Talent , a combination of words that suggests this will be either the best or the very worst film of the New Year (April 22).