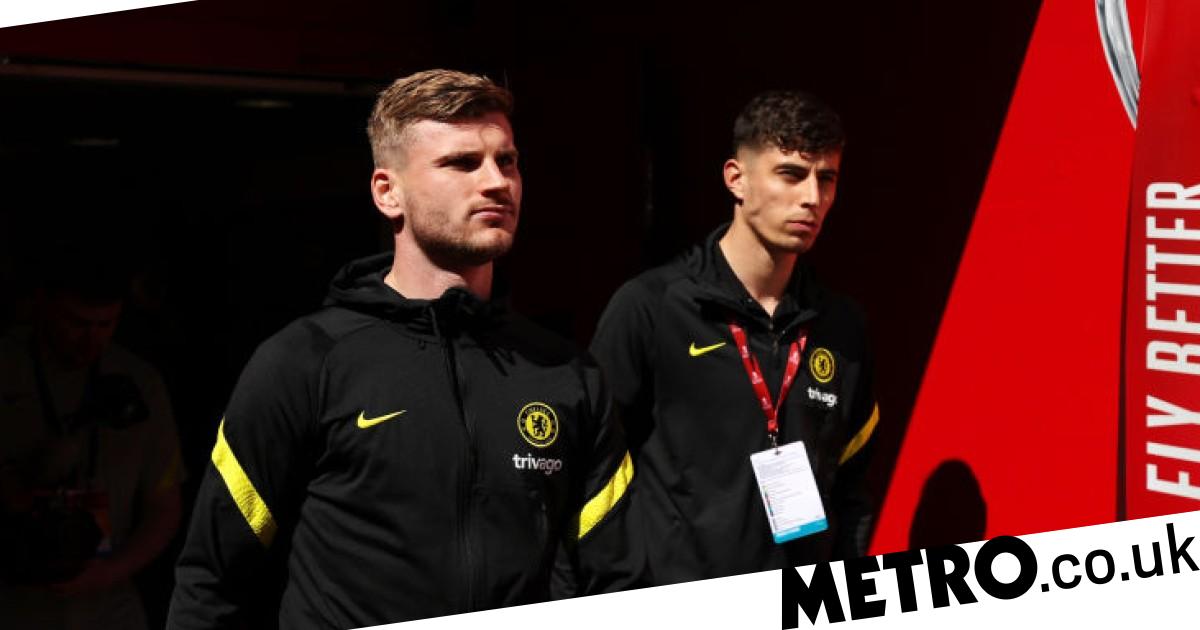 Thomas Tuchel explained Timo Werner took no part in Saturday’s FA Cup final after he told his manager he felt ‘uncomfortable’ in the warm-up.

The Germany international was a surprising omission from Chelsea’s starting line-up, but was still fit enough to take his place among the substitutes.

Werner’s compatriot, Kai Havertz, missed out altogether after he suffered a hamstring injury in training, meaning Romelu Lukaku led the line until Ruben Loftus-Cheek was pressed into emergency action as an auxiliary centre forward in extra time.

Tuchel would no doubt have preferred to introduce Werner at some stage but he revealed the former RB Leipzig forward had informed him he was in no fit state to participate.

He said: ‘Timo was injured and uncomfortable during the warm-up and said he could not play.’

The defeat was especially painful for Chelsea given it mirrored the penalty shootout heartache they suffered against Liverpool in the Carabao Cup final earlier this season.

Still, Tuchel was reluctant to write off a campaign which included European Super Cup and Club World Cup triumphs as a failure.

He added: ‘Like in the last final, the Carabao Cup, no regrets. I told the team I was proud.

‘We have everything it takes to win trophies, we proved it by the way. We have a Club World Cup and a European Super Cup and I don’t feel sorry this was at the beginning of the season and in winter.

‘We had many players out and N’Golo with one training session and Mateo playing with an ankle that I didn’t know it was possible to fit into a shoe.’