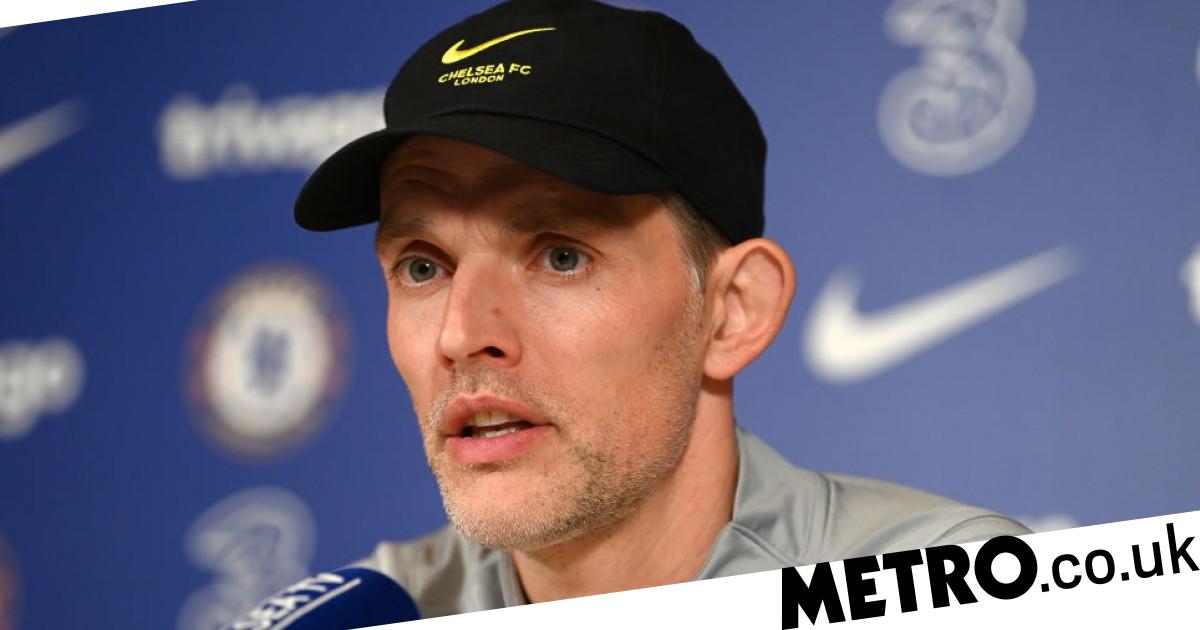 Thomas Tuchel admits he’s ‘a bit frightened’ N’Golo Kante and Christian Pulisic could suffer injury setbacks while away on international duty ahead of Chelsea’s next match with Leicester.

Kante was sidelined with a muscle problem and therefore missed Chelsea’s recent victories over Norwich and Malmo, but the midfielder returned to play 85 minutes of the Premier League leaders’ 1-1 draw with Burnley on Saturday.

Pulisic, meanwhile, has endured a miserable time with his fitness over the last two seasons, making just four appearances in all competitions for the Blues this season due to an ankle issue.

Both players were called up by their respective nations, France and the United States, despite concern at Chelsea regarding their apparent lack of match fitness.

World champions France take on Kazakhstan and Finland in their upcoming qualifiers, while the USA face Mexico and Jamaica as they look to secure a spot at Qatar 2022.

‘We are happy on one side when our players get nominated because they are proud to play for their country and we want to have the best players that are nominated,’ Chelsea head coach Tuchel told reporters.

‘On the other side, we would love to rest the players, of course, and give them some days off to disconnect and relax.

‘With the guys who come from injuries, it feels a little bit like we take care of them, and by doing that we take into account where they play and travel. This is the case with N’Golo and Christian.

‘We have prepared them over the last two weeks for us but also so they free to go to their national teams and hopefully get the minutes that elevates them to a higher level when they come back, but if they do not get injured in the matches.

‘This is a constant balance and we have no control over it. So I’m always a bit frightened.’

Tuchel hopes the USA are careful with Pulisic given the winger is still struggling with some discomfort in his ankle.

‘If you look at the minutes, the question is maybe answered. I hope they don’t overuse him, are responsible enough,’ the German added.

‘Christian still feels a bit of pain. He absolutely wants to come back and it’s a matter of pain management.

‘It’s not a matter of re-injury of still being injured. It’s just still painful but he tried hard, he wanted desperately to come back and we needed him back.

‘So it was a good start in Malmo and today he had ten minutes. We are a bit worried. Hopefully, he himself is responsible and doesn’t get carried away by emotions and by helping his country to win a super important match.

‘Hopefully, all goes well and the minutes will elevate him so he comes back stronger.’