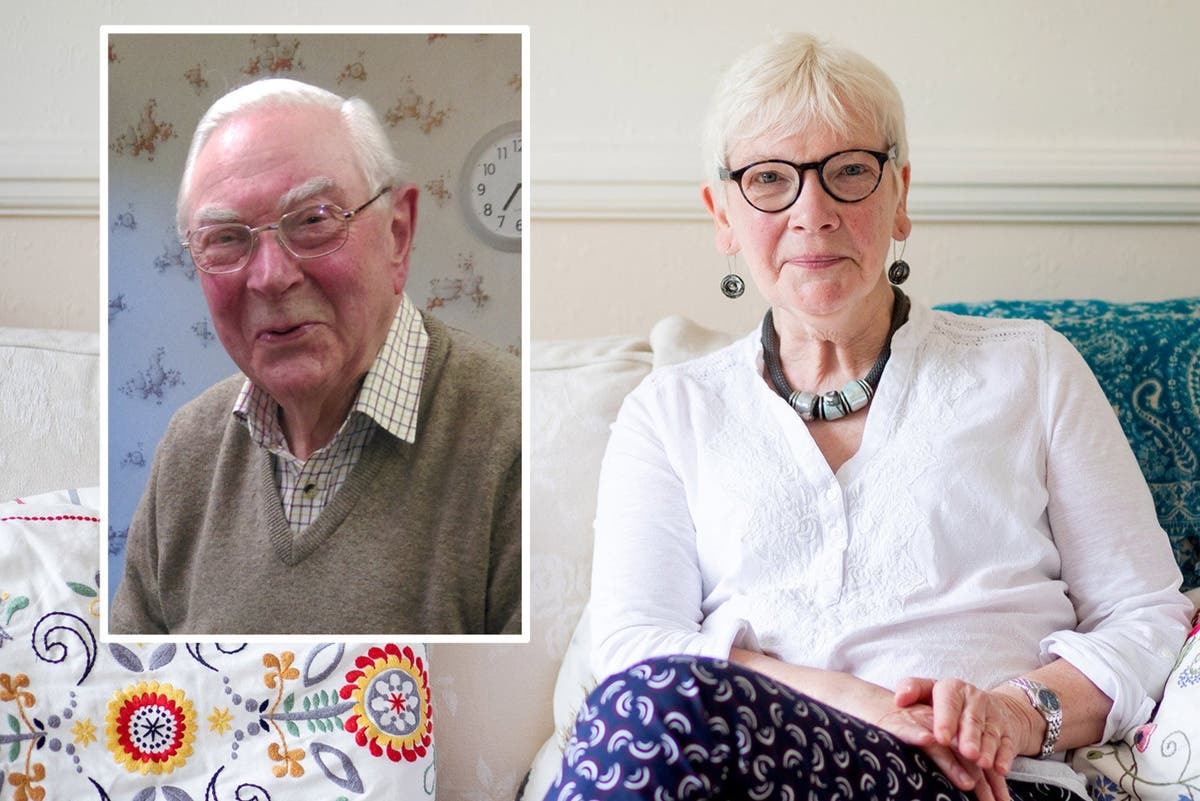 ith peers set to debate the second reading of Baroness Meacher’s Assisted Dying Bill on Friday, the families and friends of terminally ill loved ones who have felt suicide was the only option for them tell why they want to see a change to the current law.

The bill would legalise assisted dying as a choice for terminally ill, mentally competent adults in their final months of life.

“What constantly comes to my mind is that none of this need have happened,” said Barbara Wall, 67, from Bromley in south east London.

“My Dad should have been able to decide when the time was right for him and be supported to die on his own terms.”

But, on November 13, 2016, Mrs Wall’s father, Charles Cencil Kentish, 94, took his own life after months of living with terminal oesophageal cancer.

He constantly told his doctor and relatives he wanted to die but, under current law, assisted dying is illegal in England and Wales, carrying a prison sentence of up to 14 years.

Mr Kentish, known as Charlie, relocated to Norfolk in retirement, having served in the Army and run a clothing business for many years.

After the death of his wife Elsie, in 2010, Charlie lived alone but made friends and would regularly enjoy lunches with neighbours and days out to the nearby racetrack.

Mrs Wall said: “He was very sociable and talkative, never someone to sit in silence, very engaged with politics and current affairs.”

In January 2016, Charlie had been diagnosed with incurable cancer after struggling to swallow for some time.

Mrs Wall said the prognosis was “not good” and her father decided he did not want to undergo invasive treatments that would “only prolong his life by a matter of months”.

Leading up to his suicide, Charlie endured “awful symptoms” such as losing the ability to swallow which meant he could not eat any of the foods he enjoyed.

He started to withdraw from social life and his weight dropped to five stone.

Mrs Wall said: “The effects of Dad’s cancer robbed him of the control and independence that he valued in his life.

Feeling he was out of options, it was under these circumstances that Charlie committed suicide in November 2016.

She said: “This was not the end my father deserved and I feel passionately that he should have been spared those final few weeks and had the choice to be assisted to die peacefully when the time was right for him.”

“It was the first day of term in 1976, and I immediately liked him. He was a larger than life character; the funniest person I’ve ever met.”

The pair formed a tight knit friendship and after graduating, would regularly meet up and have reunions. It was during one such reunion Mr Sandberg was approached by a mutual friend to ask why Simon was “slurring his speech”.

Simon said it was because he had been “working incredibly hard” and put it down to being exhausted.

But in January 2015, Simon was diagnosed with motor neurone disease, a rare condition that progressively damages parts of the nervous system.

“From that point on his health condition deteriorated massively quickly,” said Mr Sandberg.

Simon was unable to speak by March and six months later was wheelchair bound. He started communicating by writing everything down, but started to lose functionality in his hands.

“He was just terrified that he was going to get locked-in syndrome and not be able to communicate at all.

“So he fixed up, in a very Simon way, to have his assisted death on what would have been his 58th birthday. But even though the date was only two or three weeks away, he decided he couldn’t wait.

“He was so desperate he tried to kill himself in the garden, but wasn’t physically able enough to. That was really difficult.”

Mr Sandberg said: “There are no good outcomes when you get motor neurone disease, it’s simply a question of what’s the least worst way of managing death and giving yourself some control and dignity. I was pleased he got the death that he wanted.”

Mrs Wall and Mr Sandberg are among those supporting the Assisted Dying Bill which is having its second reading in the House of Lords on Friday.

The bill would legalise assisted dying as a choice for terminally ill, mentally competent adults in their final months of life.

Pro-choice group Dying in Dignity estimates that between 300 and 650 dying people end their own lives in the UK every year, with up to 6,500 making an attempt.

Chair of Dying in Dignity, Baroness Meacher, who is leading the bill, said: “This is an issue that touches so many of us – half of Brits have cared for or seen a terminally loved one suffering. This includes myself.”

“This legislation is modest in scope but has the potential to transform all of our lives and deaths for the better. I urge Peers to give it their backing.”