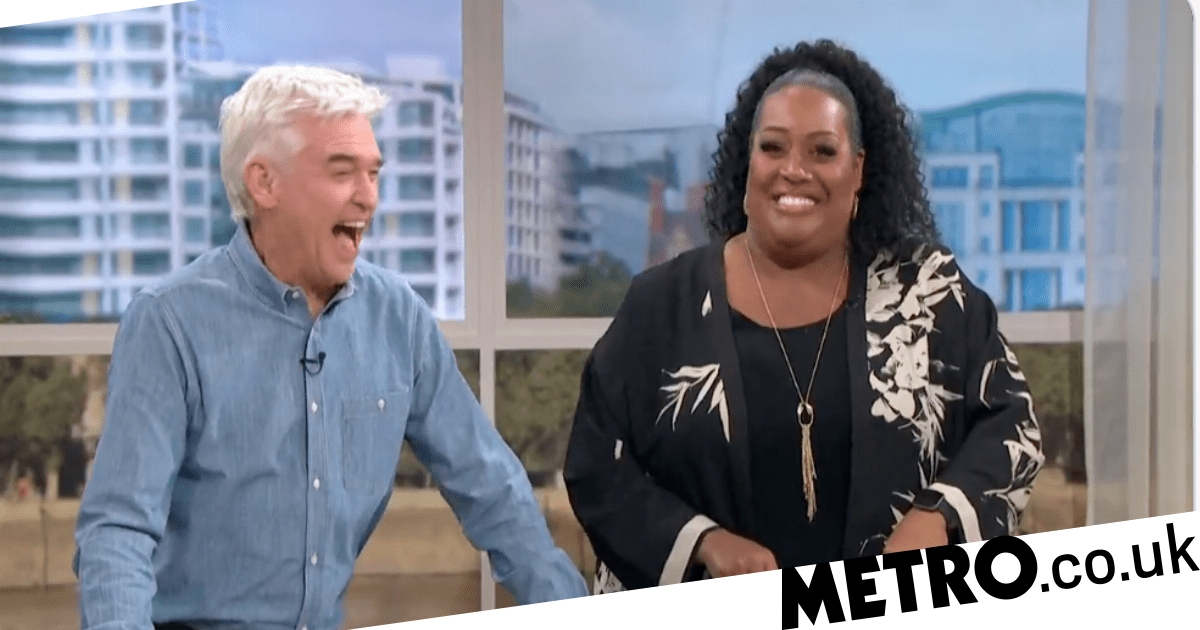 Alison Hammond got glammed up for Tuesday’s This Morning as she revealed she would be going on a date – which didn’t go unnoticed by Phillip Schofield.

The pair were back presenting together as Holly Willoughby remained absent due to Covid.

Luckily, Holly is confirmed to be returning tomorrow after she received a negative test on Tuesday – but Alison and Josie Gibson have stood in, in her absence.

But as she hosted alongside Phillip, Alison was clearly in a very excitable mood as she debuted some incredible false lashes.

As the show came towards an end with a cooking segment from Shiv Ramoutar, Alison got the giggles whilst holding Phillip’s hand under the table.

Phillip revealed of his co-star: ‘She’s in a very flirty mood because she’s got a date!’

‘Is that why you’ve got the eyelashes? I keep hearing stuff about these eyelashes,’ asked Shiv.

As Alison tucked into the dish, Phillip teased: ’Although, he’s not going to be massively impressed by the enormous amount of grease which has just dripped down your chin!

He mopped it up for her, with Alison replying: ’Thank you, aw you’re such a good friend.

‘His name’s Michael Buble,’ Alison laughed, as the pair were gearing up to interview the singing sensation later today.

It comes after Phil had cheekily laid into his co-star earlier on in the programme about her mega false eyelashes, which he joked were making him cold.

’Is it my eyelashes?’ Alison asked, with Phillip joking: ‘Can you feel it? Can you feel the draft?’

Alison continued: ‘We were having a conversation about the fact that my eyelashes are the longest eyelashes that I have ever seen! Have a look at that!’

‘You need to see them from the side,’ Phil remarked, as the camera showed off Alison’s side profile.

He teased: ‘I would swear a moth had landed on your face!’

Tomorrow’s instalment will see the return of Holly after nearly two weeks of absence amid being struck down with Covid.

This Morning airs weekdays from 10am on ITV.


MORE : Rosie Marcel is ‘upset’ Holby City was axed while it was beating EastEnders