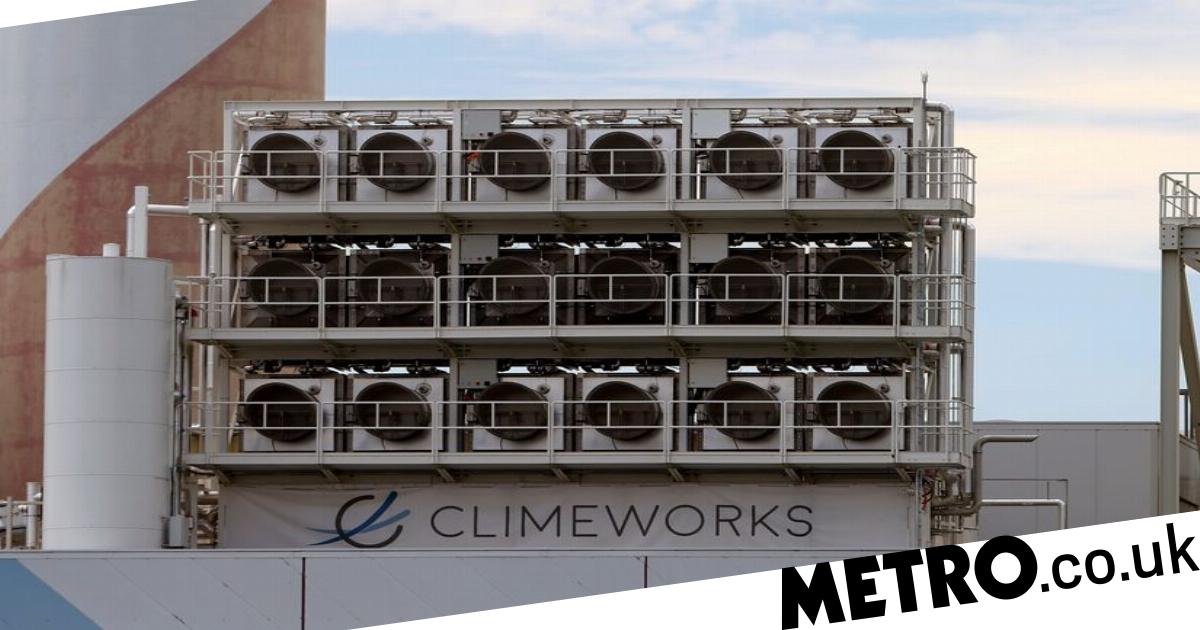 Climate change is on everyone’s minds with COP26 but a Swiss company is trying to ‘reverse’ it by sucking carbon dioxide from the air.

The global average atmospheric carbon dioxide in 2020 reached a record high despite the pandemic.

The annual rate of increase in atmospheric CO2 over the past 60 years is around 100 times faster than at the end of the last ice age 11,000-17,000 years ago according to climate.gov.

Human activity over the past few decades has increased the concentration of carbon dioxide in our atmosphere. As a result, the Earth’s natural greenhouse effect, which traps heat inside the atmosphere, has been amplified.

Climeworks is getting to the root of the problem by removing carbon dioxide from the atmosphere. By using direct air capture technology to capture carbon dioxide directly from the air, it removes unavoidable and historic CO2 emissions.

In September, Climeworks launched Orca, the world’s first climate-positive direct air capture and storage plant in Iceland where it began pulling CO2 from the atmosphere.

Orca resembles four massive air-conditioners stacked on top of one another, each the size of a shipping container.

Each container holds 12 large round fans, powered by renewable electricity from Iceland’s geothermal plants, which suck air into steel boxes where carbon dioxide, the main greenhouse gas behind global warming is then separated.

This carbon dioxide is then mixed with water by an Icelandic company called Carbfix to create a drinkable fizzy water.

The carbon dioxide can also chemically react with basalt and be turned to rock in just two or three years instead of centuries. So the CO2 captured by Orca is pumped into the ground through wells protected by steel igloos.

While it sounds like science fiction, carbon capture technology could be a permanent solution to carbon offsetting. Planting forests is still the go-to solution for climate change but trees still can release carbon by rotting, being cut down or burning in a warming planet.

While other companies are trying to trap CO2, their solution is to inject it into empty oil and gas fields where it could eventually leak out. Turning the excess CO2 into rock might be a better option.

Climeworks also has an option to subscribe to a monthly plan or a one-time payment to remove CO₂ from the air on your behalf.

The 4,000 metric tons of CO2 that can be extracted by Orca each year have been paid for by 8,000 people who have subscribed online. Companies including Stripe, Microsoft and even the rock band Coldplay have supported the initiative.

The only niggle in the almost perfect solution is that Orca’s output equals just three seconds of humanity’s annual CO2 emissions whereas humans generate close to 40 billion metric tons of carbon dioxide.

With countries taking stock of their net-zero pledges at COP26 this week, demand for carbon capture technology could rise exponentially.


MORE : Climate change: What is greenwashing and how to spot it