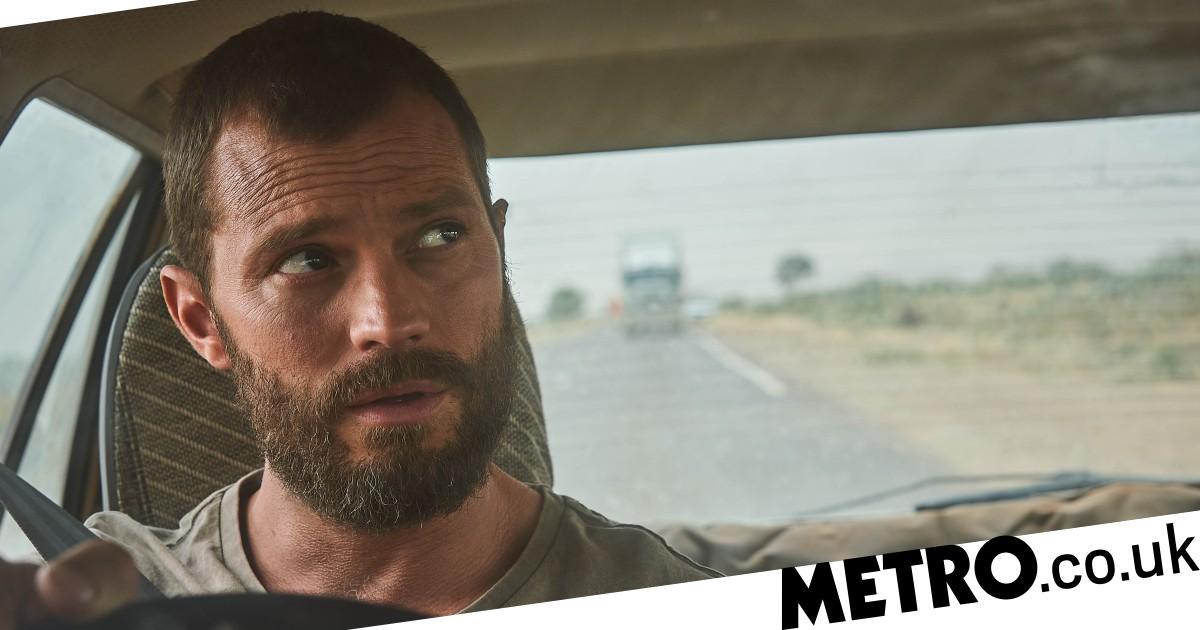 The Tourist is the thrilling new BBC Drama about to explode on New Year’s Day, starring Jamie Dornan as, well… a character only known as ‘The Man’.

After watching the first episode of The Tourist I can reliably tell you that I still know absolutely nothing about ‘The Man’, which is the premise of the new six-parter – exploring what happened to this helpless character who has no idea who he is or how he ended up in Australia after being found in his car which has been run off the road.

With absolutely no memory of how he ended up fighting for his life in the middle of The Outback, ‘The Man’, as he’s simply called by star Jamie and creators Michael and Jack Williams (The Missing), goes on search for answers.

After breaking through in The Fall and later becoming a household name as Dr Christian Grey in the Fifty Shades franchise, Jamie has seemingly made a conscious effort not to play a similar role twice.

After appearing in two comedy films, Wild Mountain Thyme and the brilliantly absurd Barb and Star Go to Vista Del Mar, he sparked attention from critics and could find his name at the centre of award season for his role as a working class father in the film Belfast.

The Tourist, again, is like nothing else he’s done before.

Starring alongside Dumplin’ star Danielle Macdonald and Line of Duty’s Shalon Brune-Franklin, Jamie’s new thriller manages to seamlessly find its balance between a non-stop thriller that doesn’t ease the constant sense of threat for even a second with a dry comedy.

It’s an unusual blend that works and marks a change of direction for the Hollywood star.

‘We’ve seen him in The Fall being super creepy and the Fifty Shades being super steamy, but I don’t think we’ve seen this version,’ explained co-writer and creator Jack. ’It’s just, a side of him. I don’t think that’s really been seen on screen yet, which is very exciting.’

However, when putting names forward for ‘The Man’ there were few actors that had the credentials.

‘For that role, you kind of need a leading man, really, it’s kind of the model is the kind of Western type of figure who comes into this place and can carry the show, and you want to be leaning in and intrigued by this person,’ jack explained.

‘So we’re very lucky to get him but he has all those qualities that a true leading man sort of needs to have, and especially in this show that the characters called “The Man”, you know, for a very long period of time. So yeah, he was a name that came up very, very early on.’

With very little to divulge about ‘The Man’ pitching The Tourist to Jamie was a hard sell.

’It’s funny, because when you’re having a conversation with an actor about their character, normally you talk a bit about their history, depending on the type of actor you’re talking to. But literally with him, it’s like, “So what does he know?” Nothing. “Where’s he from?” Dunno.

’It was having to find someone who could embrace that and he was just brilliant at it from the word go, so more power to him.’

For Jamie, it’s the path he always dreamed of, moving to Hollywood initially to pursue a career in comedy.

‘And I love a challenge in life. Always have, always will. I love the exploration that this job allows, and I feel like I’ve spent the last eight years or so making the most of that and taking stuff on that isn’t the same as the previous (thing) and I plan to do that for as long as I’m allowed a career.’

He added: ‘When I first started acting, when I first moved to LA, I only wanted to do comedy. That’s what I thought I’d do.’

Dornan said he ended up on ‘a very different path and played a psychopath’, referring to his part as killer Paul Spector in The Fall alongside Gillian Anderson.

‘So I got to scratch that itch with (the Kristen Wiig-written 2021 comedy drama) Barb And Star Go to Vista Del Mar,’ he continued.

‘But then with The Tourist I was presented with this merging of all kinds of different worlds – not just drama and comedy, there’s all sorts of stuff in there.’

Dornan described The Tourist as ‘very heightened and unreal at times’ but added: ‘The comedy is often found in the darkest of places when some of the most sinister things are happening.

‘But then this crazy story that reveals (his character) The Man’s life – there’s comedy there, so I thought that was really interesting and just a challenge and a fresh take for me.

‘So that’s definitely why I was I was drawn to it.’

The Tourist launches at 9pm on BBC One on New Year’s Day.