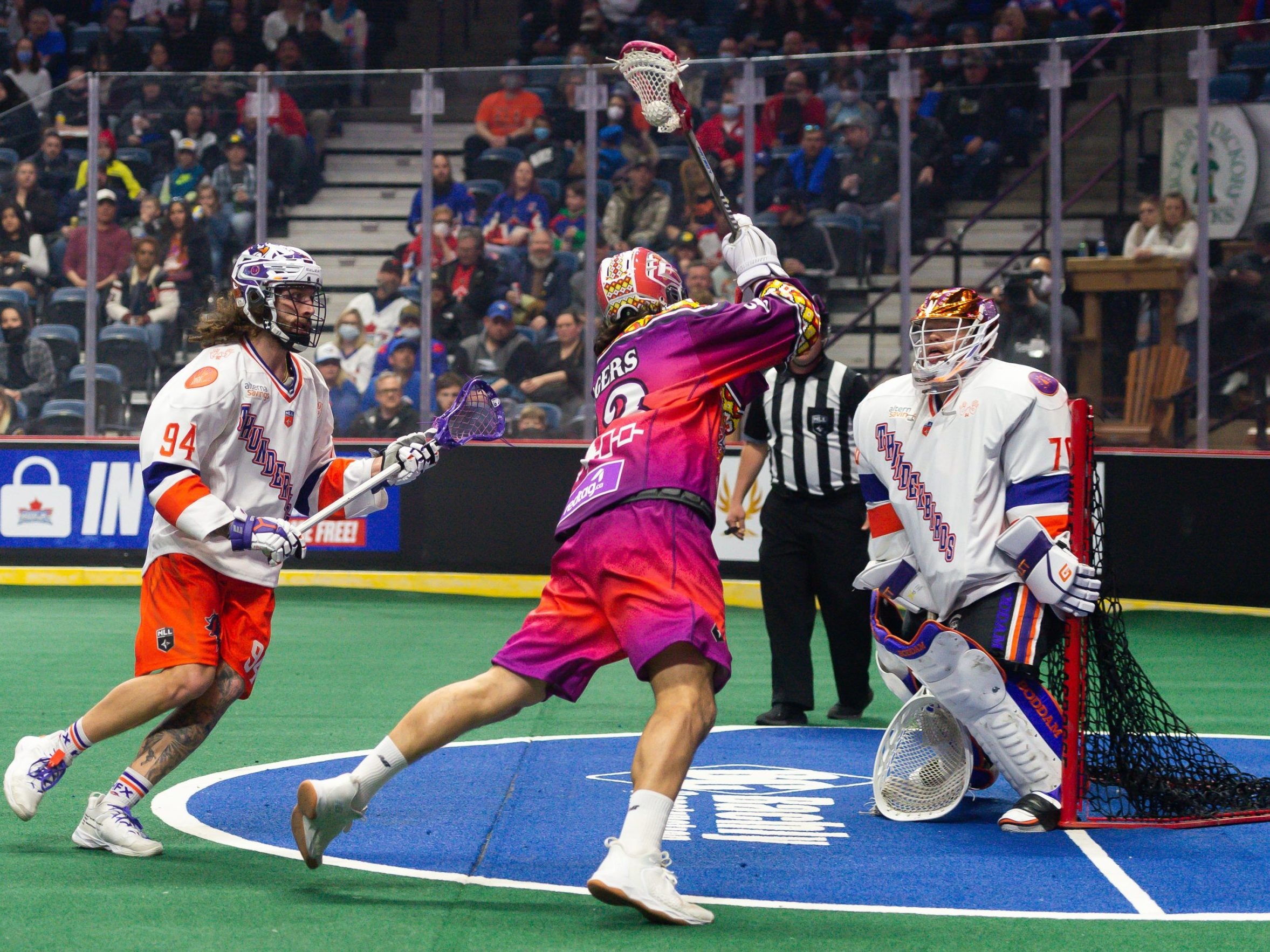 HAMILTON — The Toronto Rock made yet another statement on Saturday, this one against their likeliest playoff opponent.

The Rock (12-5) locked up second place and a home playoff game in the National Lacrosse League East Division with a dominant 15-7 win over the Halifax Thunderbirds. Earlier in the year, the Thunderbirds held Toronto to seven goals so the vast improvement in the Rock’s play isn’t lost on its head coach.

“We’re going at a good clip,” Matt Sawyer said. “We’ve won nine of our last 11.”
“Credit to the guys for playing better.”

It was a complete performance on both sides of the floor for the Rock. Toronto’s defence was stellar again with goaltender Nick Rose making 47 saves including two early showstoppers that set the tone for the team.

At the front end, both Dan Craig and Tom Schreiber led the way with four goals and five assists. Craig scored six in the Rock’s last home game against the San Diego Seals. Schreiber is now in sole possession of the NLL season lead in goals with 45, three ahead of Georgia’s Lyle Thompson.

Challen Rogers checked in with three goals, two of which came just seconds apart in the third quarter. The Rock outscored Halifax 4-0 in the third, building a 12-6 lead at that point.

Dan Dawson scored twice with single goals going to Reid Reinholdt and Mitch de Snoo. Toronto had been notorious for slow starts all season but on Saturday, they were quick out of the gate.

“We started on time tonight and carried momentum the whole game,” Rogers said. “We knew we had to step up from our last game (a narrow win over Rochester).”

“It started with the little things. We had good picks tonight. It was a total team offence.”

The team also drew 10,047 to FirstOntario Centre. The continued growth shows the move to Hamilton could pay dividends after all.

“You look at the fans today and the energy they brought, it just fuelled us to get a home playoff game for them,” Rogers said.

Toronto went into the night still having a small chance of catching the Buffalo Bandits for first in the division but Buffalo sealed top spot with an 18-9 road win over the Georgia Swarm. Halifax holds a one-game lead over Georgia with two games left for each team. The Rock and Bandits will close their season in what is now a meaningless game at KeyBank Center on April 30.