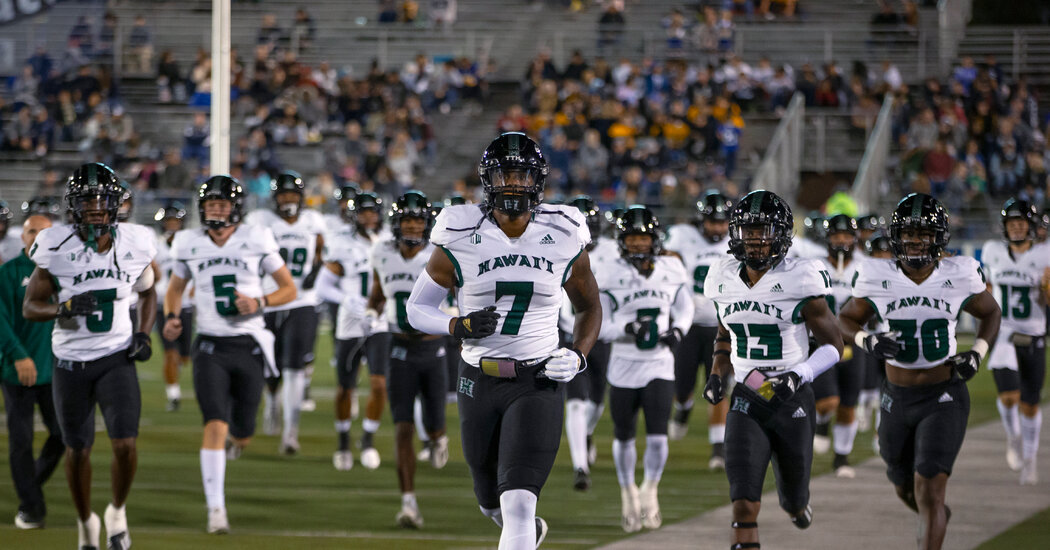 At least the Tigers and their fans were stuck in Honolulu, which might have softened the blow. Virginia hadn’t yet traveled to Boston for the Fenway Bowl against Southern Methodist when coronavirus testing on Christmas morning revealed a number of positives and the game was scratched.

While the relative bloat of the bowl season is in the eye of the beholder — after all, the number of games continues to increase because fans keep watching — it has, especially this year, benefited those bowls higher up the food chain.

The Sun Bowl looked all but dead after Miami pulled out. But after Boise State withdrew from the Arizona Bowl, the Broncos’ erstwhile opponent in that game, Central Michigan, was promoted into the Sun Bowl to face Washington State.

Rutgers, which at 5-7 hadn’t even qualified for a bowl, was invited to the Gator Bowl after Texas A&M withdrew. It was the conclusion, McGarity said, of a frenzied process that featured teams like Illinois and Utah State reaching out to see whether they might get to play.

On Tuesday, Rutgers landed in Jacksonville, Fla., to prepare for Friday’s game.

“They’re here now, and it looks like if they can stay healthy for a couple of days then we’ve got a game,” McGarity said. “It’s not the game everyone thought it was going to be, but it’s better than going dark.”

More than a dozen games remain on the schedule, including the Rose Bowl on New Year’s Day, when Ohio State, which reached last season’s title matchup, is scheduled to meet Utah, and Wednesday’s Cheez-It Bowl, which is supposed to feature Iowa State playing a Clemson team enduring a rare playoff absence.

Many of the remaining games, executives believe, will proceed as planned.

Then again, they acknowledge, they also thought they would need 42 bowl games.