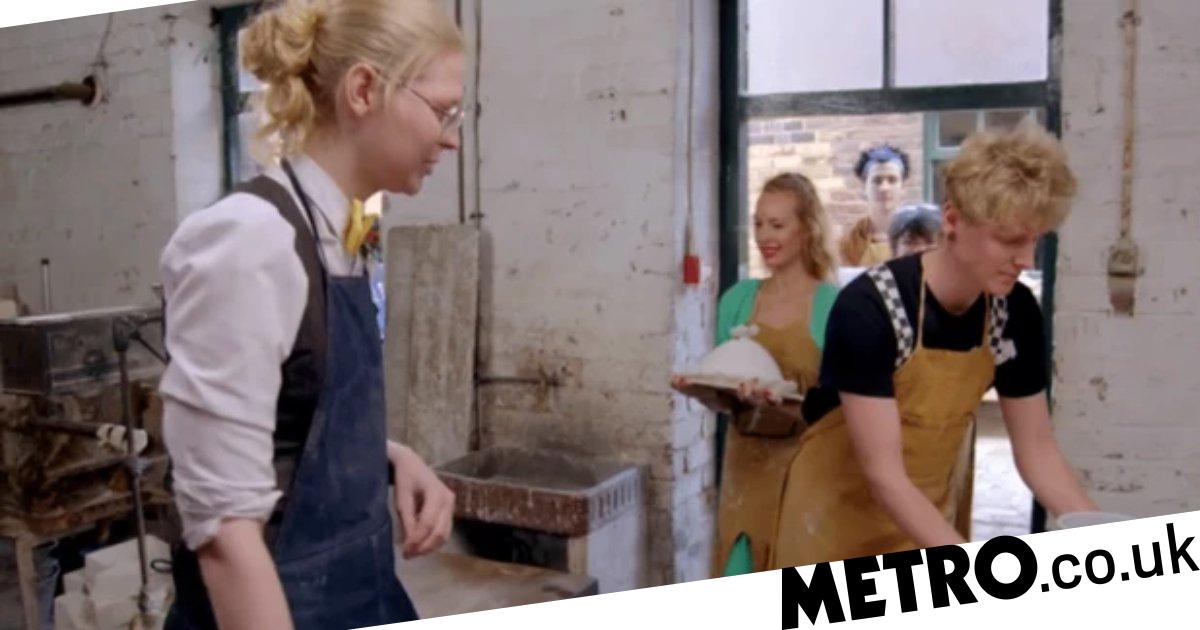 One of the most wholesome shows on TV is back, with The Great Pottery Throw Down returning to our screens.

The craft competition looks different than ever before in 2022, with a host of new faces set to compete in the programme.

As well as 12 new potters heading to the studios in Stoke to film the competition, the hosting duties will be split between comedian Ellie Taylor and Derry Girls star Siobhan McSweeney.

Previous hosts of the programme have included Sarah Cox and Melanie Sykes.

There will also be some returning technicians looking after the contestants’ creations – including Rose Schmits who first joined the show in 2021.

Find out more about the young technician here…

Who is The Great Pottery Throw technician Rose Schmits?

Rose Schmits is the replaced pottery technician Rich Miller last year, and oversees the potter’s work as it is fired in the kiln.

Rose, who is a trans woman, has spoken about her own creations, calling them ‘a metaphor for the trans experience.’

Writing on her website, Rose says: ‘My ceramic practice is a way for me to delve into my identity as a trans woman from Delft, the Netherlands. Using the Delftware pottery technique to create pieces that reflect my experiences as a trans person having altered my body and identity allows me to gain ownership of the struggles of transitioning as well as remember where I came from.’

Taking to Instagram, Rose wrote about her excitement returning to the show for a brand new series of ceramic competition.

‘Lots of excellent pots and bow ties this series.’

She also shared her thanks with viewers after the first episode of the new series aired last year, expressing her excitement at being part of the Channel 4 show.

‘Thanks to everyone who watched the Great Pottery Throw Down yesterday! Firing their pieces for the first time was daunting but it went well and I am really excited to be part of the throw down family!’

The Great Pottery Throw Down airs on Sunday evenings at 7.45pm on Channel 4.


MORE : The Great Pottery Throw Down: What time is it on, who is hosting and how does the series work?