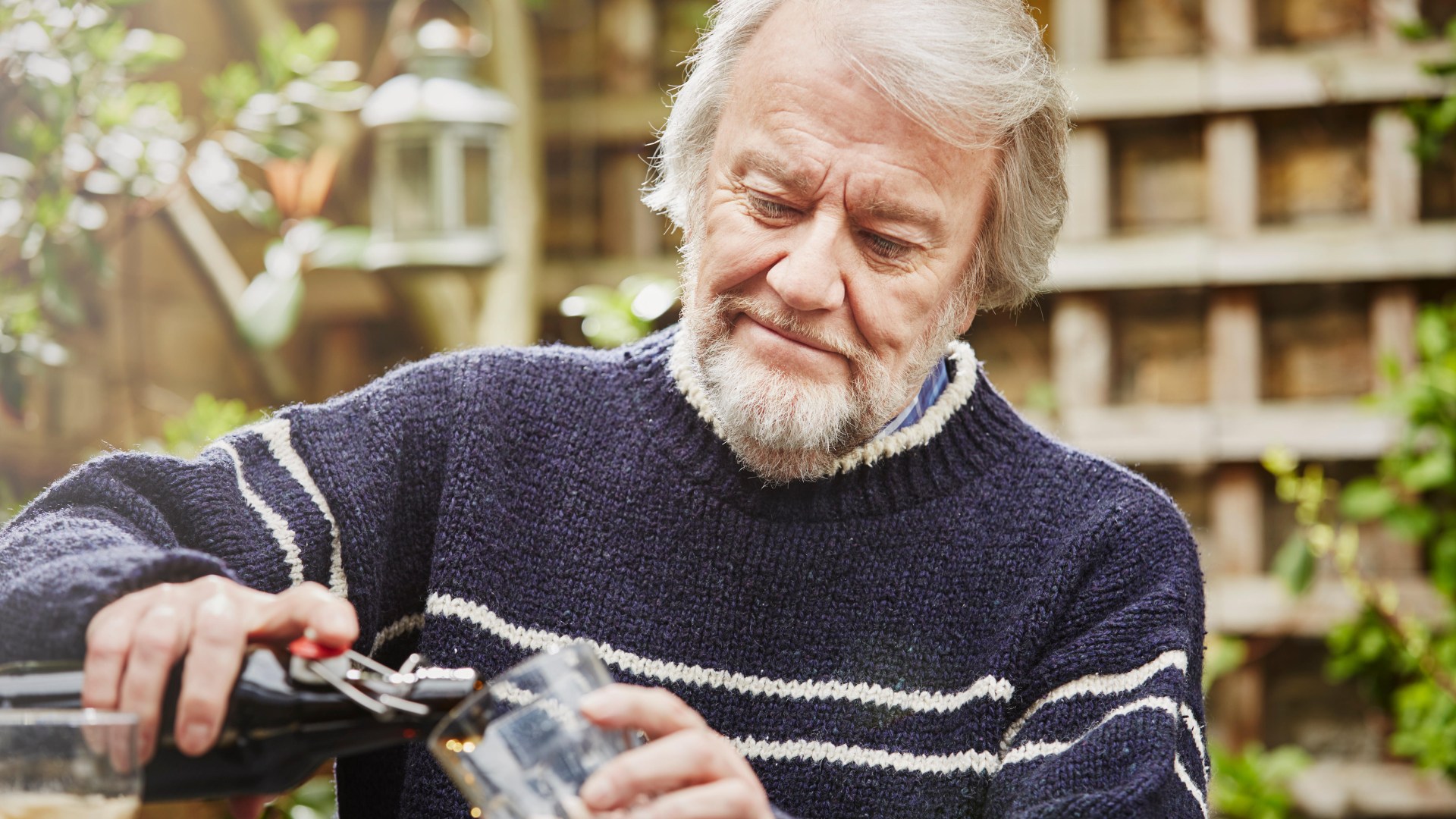 BEER is always a great gift, and with Father’s Day coming up this Sunday 19th June there’s no better time than the present to start researching some boozy gifts to treat Dad with this year.

Whether your dad knows his DDH’s from his DIPA’s and his porters from his imperial stouts, or just likes a crisp, cold pint of the classics, we’ve trawled the net to find the best Father’s Day beer gifts you can treat him to this June.

Sometimes, there’s nothing better than having a few tinnies in the fridge, chilling and ready for Friday evenings or sunny Saturday barbecues — and we’re sure your dad would agree.

Rather than take him down to the pub this year, why not spoil him with one of the best Father’s Day beer gifts you can buy this year?

From subscriptions to gift boxes, beer towers and homebrew kits, to a machine that can help you pour the perfect draught pint at home, we’ve got you covered.

There’s no better way to say “cheers, Dad” than with a thoughtful, tasty gift to help you raise a toast to all the good times.

*If you click on a link in this piece, we may earn affiliate revenue.

Why not bring the pub to Dad this Father’s Day with one of the best beer dispensers, allowing him to pour a fresh draught pint from the comfort of his own home?

Available from Beerwulf, The SUB will help Dad have a brewery-fresh poured beer at home, turning any table or benchtop into his very own pub.

The SUB pours an authentic, cool pint thanks to its internal cooling system, and works with a variety of kegged beer (available to buy from the Beerwulf website).

Dad can pour himself a range of beer styles, including Birra Moretti, Heineken, Brixton IPA, Four Pure, Delirium, and much more.

At £109, it’s not the cheapest gift, but it’s a special one, and one he’ll surely remember forever.

If you’re thinking of buying, you should check out our full, honest review of The SUB.

Dad will be able to choose from five beers to enjoy this Father’s Day, including crisp lagers from Harviestoun and Thornbridge, hoppy IPAs from Siren and Fierce Beer, and a refreshing pale ale from Wild Beer Co.

Whether your dad is ‘into’ his beer, or not, this mixed selection will be enough to keep him entertained over Father’s Day, sampling new beers and styles from his keepsake beer glass while soaking it all up with tasty beer snacks.

Can’t choose between beer, socks or snacks? Well, how about all three?

Inside the medium box, you can expect to receive eight beers from the likes of Mad Squirrel, Salt, Siren, Gipsy Hill and more, seven of which are exclusive brews for Bier Company.

On top of this, Dad will be spoilt with a selection of three beer snacks, a keepsake ‘Dad’s Beer Glass’ and a pair of dashing socks.

In the large box, you get double the amount of beer and snacks. He can never say you don’t spoil him ever again.

Dad fancy himself a host with the most? Help him complete the next family party or barbecue by treating him to one of the best beer towers.

A beer tower is a tall, sturdy beer dispenser that can pour out chilled beer at the flip of a tap; they’re usually the centrepiece of any party they’re at.

This one from Amazon can hold a whopping four litres of your dad’s favourite beer (or whatever he wants to get rid of), as well as cocktails, soft drinks and juices.

This party hit has a removal cooling unit which you can fill with ice, without running the risk of diluting your beer.

It has an easy-pour nozzle with 0.5-litre increments and a sturdy base to plonk on any countertop, and can even be illuminated with LED lights.

With everything you need to brew five litres of home-brew lager, ready to drink in around a week, this home brewing starter kit available from Amazon is perfect for the Dad who’d like to try his hand at home brewing.

Simply add the provided, pre-measured ingredients to the barrel provided, add water, shake it up, top up with water and allow it to ferment for seven days.

The results will be a mild, malty lager, with a slight sweetness; crisp, dry and fresh from the tap like your Dad’s favourite pint from the pub.

It’s a single-use kit, but made our best home brewing kits round-up, and is more than enough to spark the inner master brewer of the house.

A beer subscription that can be paused or cancelled at any time is truly the gift that keeps on giving this Father’s Day (and beyond).

For first-time customers and subscribers, you can expect to receive eight beers from a range of up-and-coming craft beer breweries in a variety of styles and flavours.

Alongside eight cracking beers, Dad will also receive a magazine with a new theme each month (usually around beer cities or countries) and a beer snack or two to keep him busy.

For more options, check out our round-up of the best beer subscriptions.

There’s nothing grim about the beer up north, which is why you should treat your dad to Beerhunter’s Manchester Craft Beer ‘Best Dad’ gift pack this year.

In a gift box (truthfully) stating that “the best dad needs the best beers”, there is a range from Manchester’s finest breweries, including First Chop, Beatnikz Republic, Alphabet Juice, Brightside and Shin Digger.

Dad can expect to sample a tropical IPA, rhubarb sour, hoppy blonde, a lager and a mango session IPA.

As well as amazing beers, Dad will have some nuts to snack on and a Beerhunter-themed glass to keep.

Is your Dad trying to cut down, but still loves the taste of beer? Low and no-alcohol beers aren’t weak and watered down like they used to be, as demonstrated in HonestBrew’s mixed case.

For £14.95 (£13.95 if you’re a member) you can treat Dad to a mixed case of six of the best alcohol-free beers on the market right now, including Big Drop, Beavertown, Budvar, and more.

Dad will get an HonestBrew glass to treasure, too.

Big Star Wars Fan? You’ll have your Dad repeating: “I am your father” all day after treating him to this selection of Star Wars-themed beer goodies from Men Kind.

Beer-wise, Dad can expect to sample a Shadow Stout, a SNIPA, Light2peed Pilsner, Space Hopera and a Galactic Pale Ale. You might just lose a hand if you lay a finger on any of these goodies…

Is Dad a fan of the creamy, Irish delight that is Guinness? MoonPig is offering a hamper full of the good stuff to keep Dad grinning this Father’s Day.

It’s always a good day for a Guinness, after all.

What Dad wouldn’t love a pair of beer slippers?!

These hilarious, super soft creations are available from Men Kind for under a tenner, and are printed to look exactly like two pints of beer.

Available up to size 11, these bubbling pint slippers boast extra padding for ultimate comfort… just make sure Dad doesn’t trip over his feet when he’s had a few of the real ones.

What better way to say thank you than with a four-pack of beer?

Screw flowers, Camden Town has taken saying ‘ta very much, dad’ to the next level with its new ‘Cheers’, Helles-style lager.

Chock with Lorien Hops, the lager has a fresh citrus zestiness to it, notes of wildflower and a subtle floral finish (so we suppose it’s like saying thank you with a bouquet…).

Suitable for vegans, a four-pack will set you back just a tenner, but if you’ve more cash to splurge on Dad – he is worth it after all – Camden offers a big ol’ mixed gift set for just £28. It comes with 12 beers, a pin badge, a bar of chocolate and a glass. He might share, if you’re nice.

The booze hamper comes loaded with four beers, including two from impressive Scottish brewery Tempest, as well as one from both Stewart Brewing and Magic Rock.

The beer styles vary from a bitter and hoppy West Coast IPA to a tropical hazy session IPA, a wheaty Belgian pale ale, to a tart Grapefruit pale. There’s enough to satiate all his fancies.

For £24.99, Dad will also receive a bag of tiger prawn crisps and some salty beer snacks all nestled in a gift box. We can’t promise they’ll last long enough for you to sample them, too.

A few beers and bags of crisps not going to scratch the surface? Check out this ultimate Father’s Day hamper in the form of FodaBox’s Big Man Box.

For £39.99, spoil Dad with four beers from the likes of Five Points Brewing Co, Toast, Jiddler’s Tipple and FodaBox’s own, with styles including a lager, XPA (extra pale), session IPA and an exciting, on-trend black IPA.

New to the beer scene is Beer Dad, a compiler of dad-friendly boxes by a range of experts, including beer judges, writers and sommeliers.

Don’t confuse yourself by picking a load of random beers from the offie; let the experts do it for you by choosing what type of beer drinker your very own paps is.

The ‘New Dad’ box is a gateway to craft beer, or a great gift for new parents this Father’s Day, including a range of 12 beers as well as some low and no-alcohol selections.

The ‘9-5 Dad’ is for dads who work hard and dream of a cold one at the weekend, with 12 different beers priced at £40, while the identically priced ‘Old Fashioned Dad’ is full of modern bitters, ales and porter for those stuck in their ways.

Lastly, the £45 ‘Craft Beer Dad’ box boasts 12 of the newest, hottest names in craft beer, which have impressed even the self-confessed pros.

This year, Father’s Day will fall on Sunday 19th June.

Some online companies are already accepting pre-orders for Father’s Day delivery dates, so while it seems like you have a way to go, it doesn’t hurt getting in those orders early so they arrive on time.

What’s the best gift for a beer lover on Father’s Day?

As well as some of the latest and greatest beers to treat your Dad with this Father’s Day, you could also treat him with a hilarious pair of beer slippers, or Beavertown beer-themed socks.

If your dad likes to throw a big summer party, look no further than a beer tower – or if they’d rather broaden their horizons with the lastest, tastiest names in craft beer you could treat them to a Beer Dad beer box, or a beer subscription from Beer52.

Snacks are always a good shout, too, with FodaBox offering some cracking Father’s Day beer and snack hampers this year.

But, for the ultimate treat (and splurge) help your dad to invest in at-home draught machine, The SUB beer tap, for perfect hand-poured pints everytime.

Where to buy craft beer online in the UK?

There’s countless websites you can buy a huge range of beers from, saving you from head down to the local offie or supermarket, praying the selection is good.

Enjoyed our round-up of the best Father’s Day beer gifts? You might enjoy our honest review of The SUB beer dispenser.

Looking for beer snacks delivered straight to your door? Look no further than our round-up of the best snack subscription services.

For the latest food and drink recommendations, or top picks, be sure to check out our dedicated Sun Selects Food and Drink section.