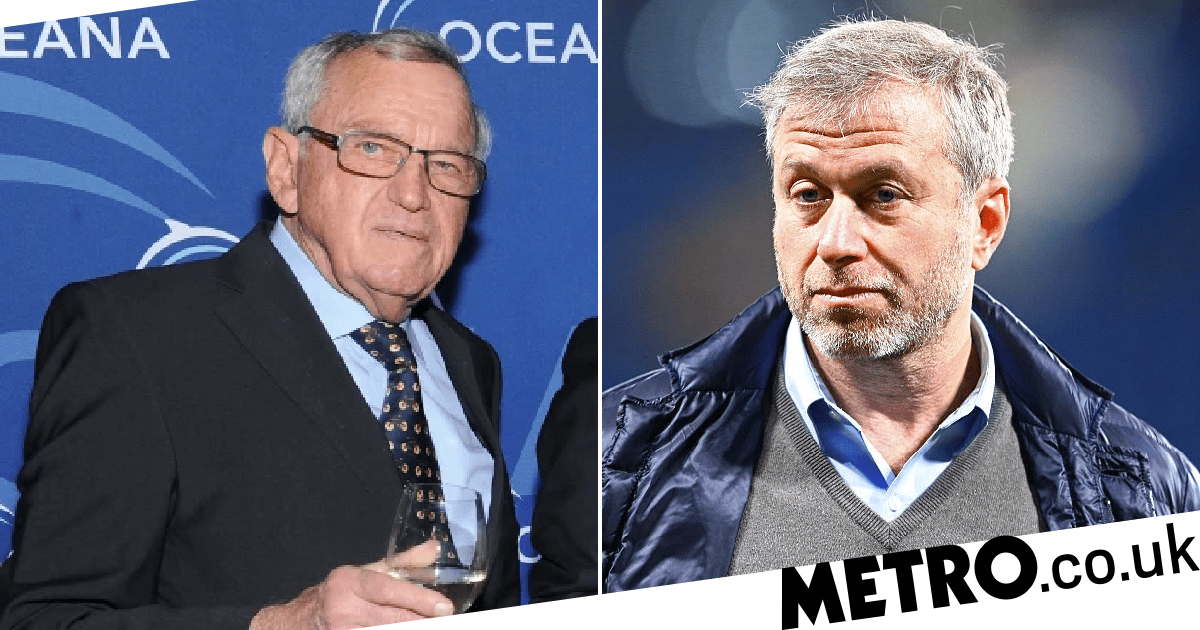 Swiss billionaire Hansjorg Wyss claims Roman Abramovich has offered to sell him and three others Chelsea football club but the Russian is demanding in excess of £2billon.

The 55-year-old oligarch is under the spotlight due to alleged ties to Vladimir Putin, with Labour MP Chris Bryant revealing the Home Office had identified him as a person of interest due to his links to the Russian State and ‘corrupt activity’.

There have been calls for Abramovich, who strongly denies any links to the Russian president, to be sanctioned as part of the government’s response to the invasion of Ukraine and on Saturday he announced he was relinquishing his ‘stewardship and care’ of Chelsea.

Bryant suggested in parliament on Tuesday that Abramovich was ‘terrified’ of having his assets – which includes Chelsea and Stamford Bridge – seized and was in the process of selling multiple properties he owns in London.

Recent reports also claimed Abramovich’s precarious situation had alerted buyers to the possibility that he might be prepared to sell the west London club, which he bought in 2003, with three investors readying huge offers.

Now Wyss, who founded medical device manufacturer Synthes USA and is reported to have a personal net worth of $5.8billion, claims it is Abramovich who is trying to engineer an auction, not the other way around.

Speaking to Swiss newspaper Blick, the 85-year-old said: ‘Abramovich is one of Putin’s closest advisers and friends. Like all other oligarchs, he is also in a state of panic.

‘Abramovich is trying to sell all his properties in England. He also wants to get rid of Chelsea quickly. I and three other people received an offer on Tuesday to buy Chelsea from Abramovich.’

Asked if he will take up the Russian on his offer, Wyss replied: ‘I have to wait four or five days now. Abramovich is currently asking far too much.

‘You know Chelsea owe him £2billion? But Chelsea has no money, which means that whoever buys Chelsea has to compensate Abramovich.

‘As of today, we don’t know the exact selling price.

‘I can well imagine starting at Chelsea with partners, but I have to examine the general conditions first. But what I can say for sure is that I’m definitely not doing something like this alone. If I buy Chelsea, then it would be with a consortium consisting of six or seven investors.’


MORE : Chelsea owner Roman Abramovich ‘terrified of being sanctioned’ and is selling his property, claims MP