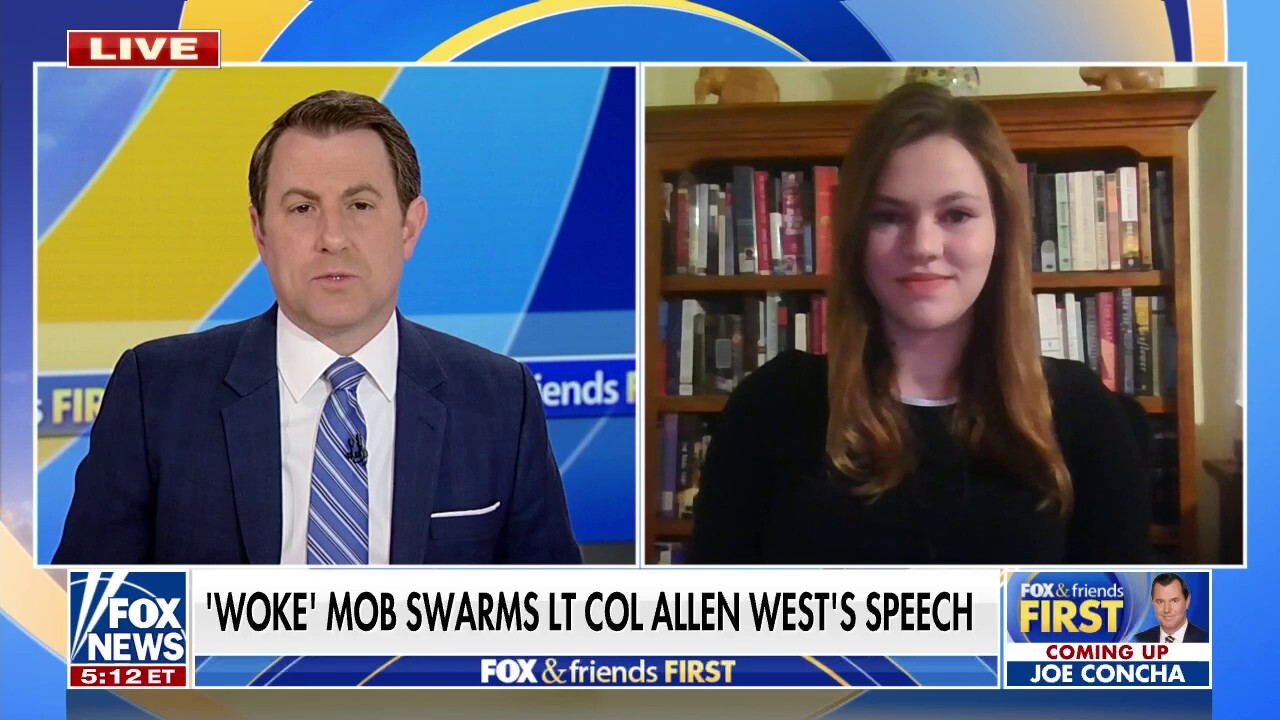 A University of Buffalo student is speaking out after she was chased by a woke mob at an event on campus with Lt. Col. Allen West, claiming she was scared for her life.

Young Americans for Freedom President Therese Purcell joined “Fox & Friends First” Monday to discuss the incident and how the meeting spiraled out of control.

“I was really afraid for my life since they physically assaulted my friend, and like I said, they were screaming, no peace,” Purcell told co-host Todd Piro. “I don’t think they were going to do anything remotely peaceful. They were a very angry mob, and they were clearly saying that they were trying to chase me, that they wanted to capture me.”

“So I’m afraid of what would have happened if I wasn’t able to hide from them,” she continued.

Purcell claimed the threats escalated as protesters started screaming “no peace,” and “banging on the walls,” prompting Lt. Col. West to be escorted out by police.

Purcell said she followed him out alongside officials, but the mob quickly began to target her personally urging one another to “capture” her. She escaped into a bathroom to just barely evade the angry crowd.

Purcell said she dialed 911 after escaping to the bathroom with a friend.

“I didn’t think it was going to be as controversial… to say on an American campus that American values are a good thing,” Purcell said. “American values are worth protecting. I don’t think they like Colonel West’s message that he did experience racism… but he overcame that, and he decided not to be a victim… and that America gave him that equality of opportunity that many other countries don’t.”

“I think these people like to see themselves as the victim, and his message fundamentally challenged that,” she continued.