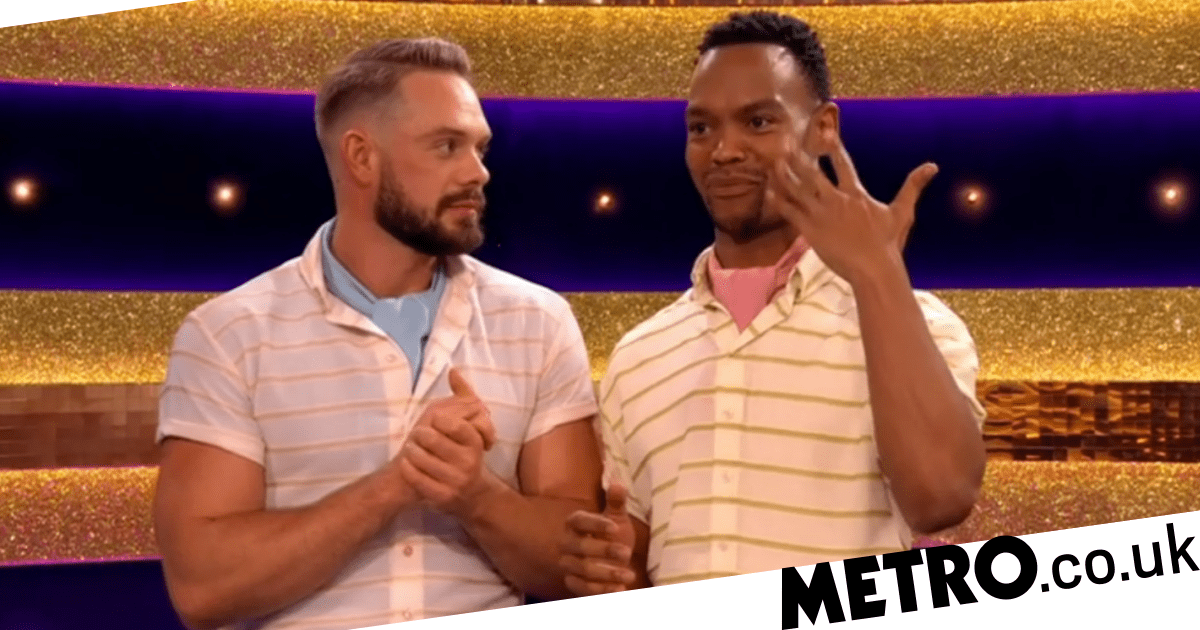 Strictly Come Dancing professional Johannes Radebe made it clear how much his partnership with John Whaite means to him when he became emotional after making it through to Halloween Week.

John and Johannes have quickly solidified themselves as one of the best pairs on this year of series, after making history as the first all-male competing duo on the show.

On Saturday night, they excelled again with their boulangerie-inspired Charleston, which saw them back at the top of the leaderboard with yet more 10s to show for it.

Sunday’s results show saw it confirmed they would be back for yet another week on the Strictly dance floor but when catching up with host Claudia Winkleman, Johannes couldn’t help but shed a tear or two on camera.

Speaking of their achievements, Claudia noted: ‘More 10s this week! As you progress, it feels to me it means even more to you?’

‘It does,’ Johannes agreed before he tried to fan away his tears.

‘It really, really does. I can’t tell you how happy I am with this partnership – thank you very much,’ continued the pro dancer.

His partner quickly addressed the emotional moment, joking: ‘We need a towel for his face!’

Moving the conversation on, Claudia asked: ‘Now you wanted to create a Strictly fragrance, don’t you, John?’

The Bake Off star told the host: ‘If I could bottle up that feeling when you’re on that dance floor – not even sell it, give it to everyone – a little drop every morning behind each ear and on the belly button…

‘You’d just feel happy and confident! The confidence that comes out down there…’ he gushed as he turned back to his partner.

Those watching at home soon commented on the very sweet moment, with one sharing on Twitter: ‘I honestly just watch Strictly for Johannes, all the other stuff is just the bonus #strictly.’

Another fan wrote: ‘No you’re getting emotional at John and Johannes on #Strictly.’

With the pair back to dance again next week, will they manage to make it a step closer to the finale?

Strictly Come Dancing returns next Saturday at 7.10pm on BBC One.


MORE : Strictly 2021: Who is Kai Widdrington and is he dating AJ Odudu?