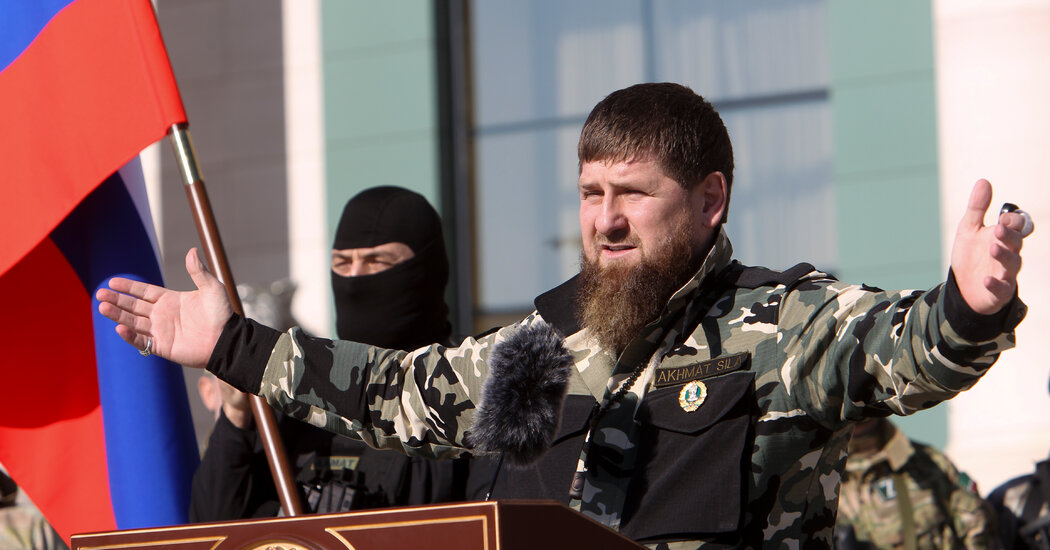 Whomever Chimaev was referring to during the U.F.C. broadcast, the fight and the in-ring interview were not seen by mixed martial arts fans in Poland. Polsat, which showed the rest of the U.F.C. 273 card, declined to broadcast the fight between Chimaev and Burns because of Chimaev’s post showing his video chat with Kadyrov.

“This is a clear signal of mutual support, and with Ukraine under attack from Russia, the post is simply provocative,” Polsat said in a statement.

The Treasury sanctions have created confusion in the M.M.A. world.

The Treasury Department does not make public the vast majority of enforcement actions it takes, but Jamal El-Hindi, a lawyer at Clifford Chance who spent two decades at the Treasury Department, said the sanctions against Kadyrov and his businesses were far-reaching. They prohibit U.S. citizens and green card holders, as well as anybody on U.S. soil, from interacting with Kadyrov and his businesses.

El-Hindi and other lawyers said sanctions and their enforcement were broad, flexible and opaque precisely because they were designed to be primarily a foreign policy tool.

“The purpose of sanctions is to affect foreign policy and have impact,” El-Hindi said. “To the extent that an enforcement action against somebody who violated sanctions will aid in the foreign policy goal, that is the driver for doing the enforcement.”

Before the latest restrictions, in December 2020, dozens of U.F.C. fighters and combat sports celebrities visited Akhmat MMA facilities and attended fights alongside Kadyrov at his invitation. His previous guests included celebrities like the actor Steven Seagal and the boxer Floyd Mayweather Jr., and former U.F.C. champions like Frank Mir and Khabib Nurmagomedov.

Over the past 15 months, however, there has been a slow, sporadic retreating of Akhmat MMA from the combat sports world in the United States. Fewer fighters have been publicly photographed at Akhmat gyms. YouTube pulled down Akhmat MMA’s page last year, saying it had done so because of “compliance actions.” Meta, the parent company of Facebook and Instagram, suspended Akhmat MMA’s Facebook and Instagram pages after The Times inquired about them in March.