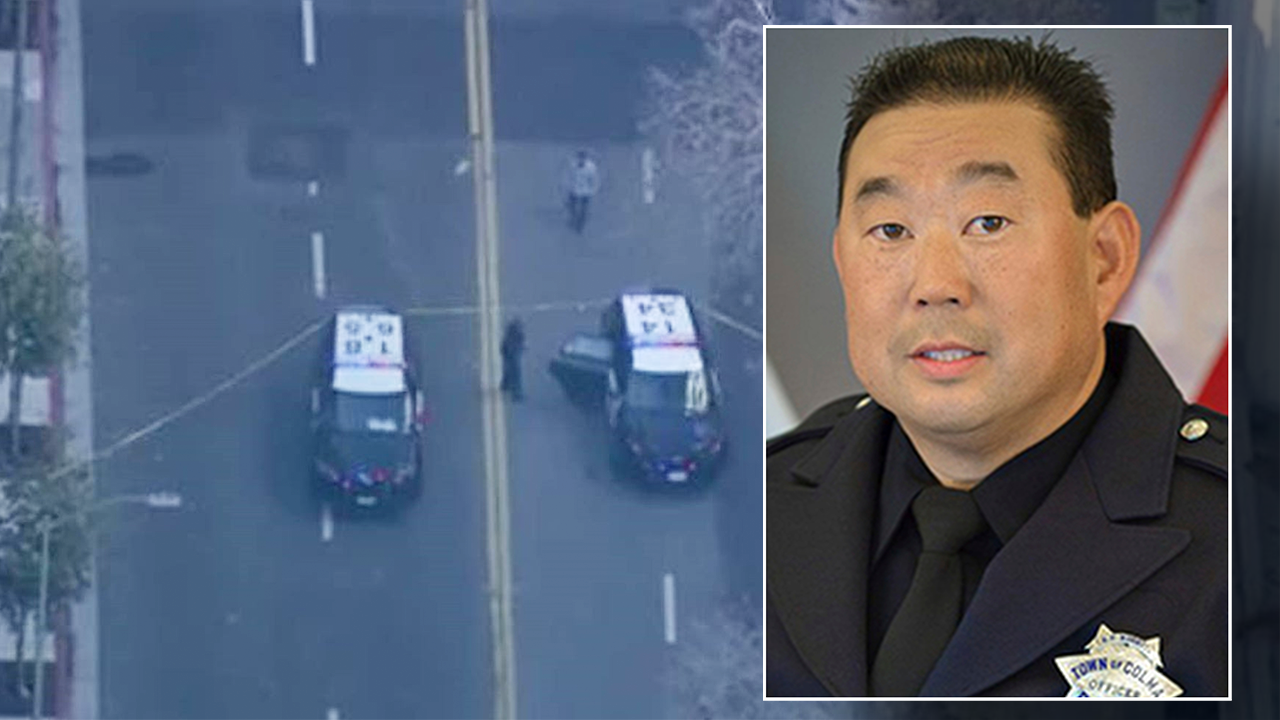 Smash-and-grab looters targeted stores across the country ahead of Thanksgiving and over Black Friday weekend, robbing stores of thousands of dollars in merchandise and even leaving one California security guard dead as he tried to protect a news crew that was reporting on the crimes.

“We tried to stop them,” Home Depot employee Luis Romo told FOX 11 of a “flash mob” targeting the store in Lakewood, California, on Black Friday. “We closed the front entrance and they put their sledgehammers up and whoever got in the way, they were going to hurt them.”

The group of eight robbers stole hammers, crowbars and other tools, swiping about $400 worth of merchandise. Such tools have been used in other smash-and-grab robberies in the state, including in a Nordstrom in Walnut Creek, California, last week.

The robbers reportedly fled in cars waiting in the parking lot. Police stopped a car with no plates later that night and detained four individuals who may be tied to the robbery.

A group of five suspects stole about $25,000 in expensive purses from a Nordstrom store in the Westfield Topanga mall in Los Angeles on the eve of Thanksgiving. While a large group also entered a Bottega Veneta in the Beverly Grove section of Los Angeles on Friday and used a chemical agent against one person who tried to stop them as they stole high-end merchandise.

By late Friday evening, the Los Angeles Police Department was on a citywide tactical alert. The alert has since been lifted.

In Monterey, a group of about four people stole an estimated $30,000 worth of sunglasses from a Sunglass Hut. In San Francisco, thieves between the ages of 14 and 18 took more than $20,000 from an Apple store in broad daylight on Wednesday.

The crimes have also poured into other areas in the country, including in Chicago where police say thieves threw a cinderblock through a Canada Goose store between midnight and 6 a.m. on Thanksgiving and took merchandise. Three other smash-and-grabs unfolded in the city, where thieves targeted a Foot Locker, a North Face store and a cell phone store.

It is unclear if the robberies are connected or how much merchandise was stolen. Chicago police are investigating.

In suburban Minneapolis, a large group of at least 30 people targeted a Best Buy in Burnsville, while a group of 10-12 people, including juveniles, targeted another Best Buy in Maplewood. No one has been arrested in connection to the incidents as of Saturday and there are no estimates on how much merchandise was stolen.

“Across the board, retailers are getting more concerned with this growing trend. … It is definitely a tough problem to solve, given the organized nature and number of people involved in many of the incidents,” Chris Walton, a former Target executive who co-leads retail blog and podcast Omni Talk, said of the incidents, according to Star Tribune.

The most tragic incident unfolded in California, when an Oakland security guard was fatally shot during an armed robbery while protecting a news crew covering a previous smash-and-grab theft.

This undated photo provided by the Town of Colma Police Department, in California, shows former Officer Kevin Nishita. Nishita, a retired police officer and armed guard who provided security for many reporters in the region, was shot in the abdomen during an attempted robbery of KRON-TV’s camera equipment in Oakland, Calif., on Wednesday, Nov. 24, 2021. The news crew was covering a recent smash-and-grab robbery of a clothing store. Parts of California have been struck by a rash of organized retail thefts in which bands of thieves break into high-end stores and snatch merchandise. (Brandon Vaccaro/Colma Police Department via AP) A security guard protecting a San Francisco television news crew was shot Wednesday during an attempted armed robbery, authorities said.  (KTVU)

“It is with the deepest sadness that I let you know security guard Kevin Nishita has passed away,” said Mark Neerman, vice president of news and news director at KPIX. “He died protecting one of our own, a colleague reporting on the very violence that took his life. I know you join me in sending condolences to his family and in sending thanks to Kevin for standing up for us all.”

He was shot in the abdomen during an attempted robbery of KRON-TV’s camera equipment on Wednesday and later died from his injuries.

3 SUSPECTS IN CUSTODY AFTER SMASH-AND-GRAB ROBBERY AT NORDSTROM STORE AT THE GROVE, LAPD SAYS

Nishita was a San Jose police officer from 2001-2012 and was working as an armed guard for Star Protection Agency at the time of his death. He leaves behind his wife, two children and three grandchildren. A reward of $32,500 is being offered for information that leads to an arrest in the killing.

Smash-and-grab robberies have plagued California in the last week, with most of the incidents occurring in stores near San Francisco and Los Angeles.

In Walnut Creek, which is located about 25 miles from SF, roughly 80 looters stormed a Nordstrom and took somewhere between $100,000 to $200,000 in merchandise, according to police.

The crimes also extended to San Jose, about 50 miles from San Francisco, where at least four people stole $40,000 from a Lululemon in an incident described by police as “organized robbery.”

Gov. Gavin Newsom has called on California mayors to “step up” and hold the mobs of shoplifters to “account” following the repeated crimes.

“I’m not the mayor of California, but I was a mayor, and I know when things like this happen, mayors have to step up,” Newsom said Monday at a vaccine clinic in the Mission District of San Francisco. “That’s not an indictment. That’s not a cheap shot.”

In San Francisco, Mayor London Breed announced that the city will limit car access ahead of holiday shopping season to the city’s popular shopping district, Union Square, in response to the mobs of thieves.

SAN FRANCISCO, CALIFORNIA – MARCH 17: San Francisco Mayor London Breed speaks during a news conference outside of Zuckerberg San Francisco General Hospital with essential workers to mark the one year anniversary of the COVID-19 lockdown on March 17, 2021 in San Francisco, California. San Francisco has some of the lowest number of coronavirus cases and death rates in the country with only 422 deaths in a city with a population near 900,000.
(Justin Sullivan/Getty Images)

Some police and retailers pointed to California’s Proposition 47 for the increase in crimes, which reduced shoplifting charges regarding the theft of $950 or less from felonies to misdemeanors.

In 2018, state legislators passed a temporary law in response to complaints surrounding the law, which established a new crime of organized retail theft. A California Highway Patrol task force was also created to help assist areas with high instances of such crimes. The law expired at the start of this year, however, The San Francisco Chronicle reported.

“I think what happens now is there’s no accountability for it anymore, and the liability for the stores if they try to apprehend these guys. They just stand by and watch,” Steve Reed, a retired police officer and the former head of security at Arden Fair Mall in Sacramento, told ABC 10.