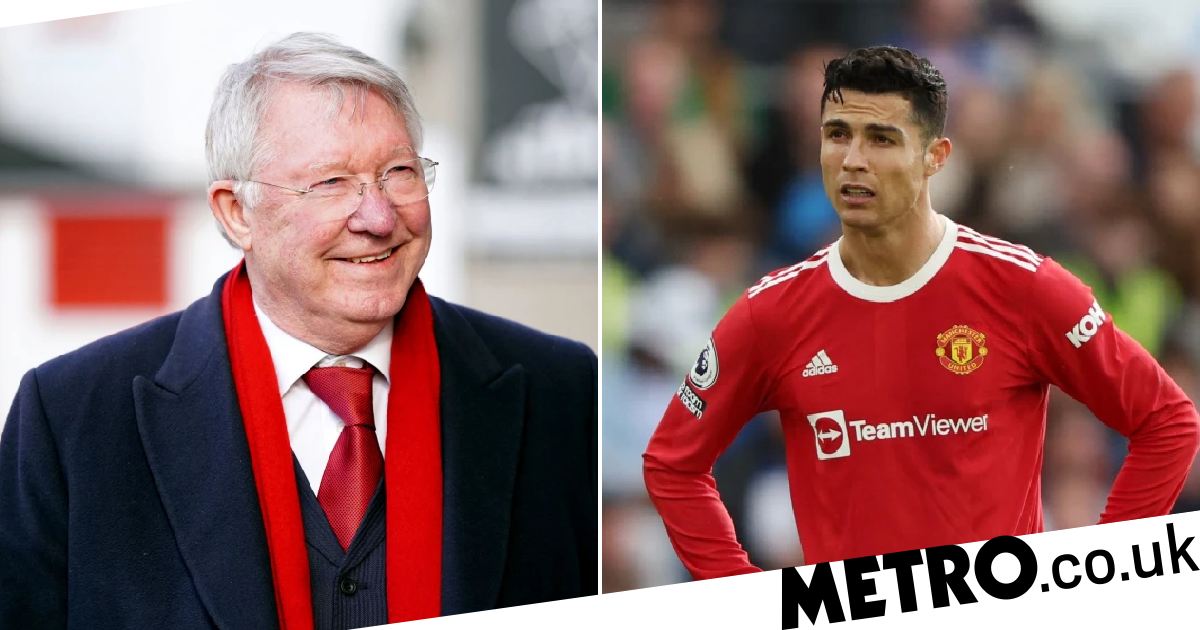 Sir Alex Ferguson is privately urging Cristiano Ronaldo to remain at Manchester United despite the club’s woeful season, according to reports.

United delivered another lacklustre display on Saturday as they were hammered 4-0 by Brighton, meaning that this will be their worst-ever points tally in a Premier League campaign.

Ronaldo has scored 24 goals in 34 appearances in his first season back at United, but the 37-year-old has faced criticism over his performances and has been accused of not doing enough to support United’s attack.

The Portugal international cut a frustrated figure once again in United’s defeat to Brighton and was even spotted laughing after his side conceded their third goal in the 57th minute.

Ronaldo signed an initial two-year contract with United last August and has the options for an additional 12 months, but the five-time Ballon d’Or winner is already considering his future.

According to the Sunday Mirror, Ronaldo and Ferguson have met each other at their homes on several occasions this season and despite United’s struggles, it’s understood that the Scot has told his former player to see out his deal with the club.

Erik ten Hag is yet to make a decision about Ronaldo’s future, with the Ajax boss set to move to United once the season is over.

‘I think United will be lost without him so I am hoping he is going to be [staying at] United without a doubt.

‘But I don’t know why he’d stay to be honest with you. Unless the new manager says ‘right £300million, these players are coming in, please stay. Otherwise I think he’s gone.’