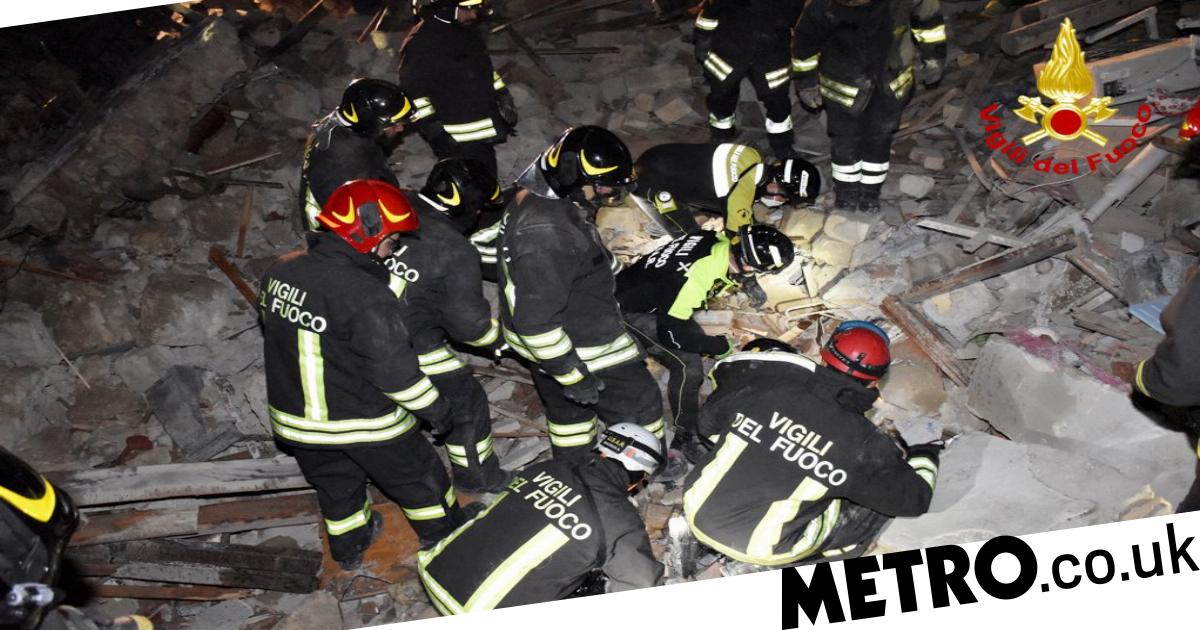 Six members of the same family are still missing after their apartment building collapsed in Sicily.

Three people have already been confirmed dead in the explosion, which is thought to have been caused by a gas leak.

Firefighters on the southern Italian island were digging through the rubble as part of a frantic rescue effort on Sunday, with the help of several sniffer dogs.

The building was occupied by nine members of an extended family, and two visiting relatives – a heavily pregnant woman and her husband.

All were on the premises when the explosion happened in the town of Ravanusa late on Saturday, firefighters said.

Two women were rescued overnight. One of them, Rosa Carmina, 80, told La Repubblica newspaper that the lights went out suddenly ‘and the ceiling and floors collapsed’.

Her sister-in-law, who lived on the floor above her, also survived and was rescued from under a pile of rubble.

The explosion also collapsed three other buildings that appear to have been unoccupied, and shattered windows in three more.

Around 50 people had to be evacuated from their homes.

‘It was certainly a gas leak that created created a bubble of methane,’ Salvatore Cocina, head of Sicily’s civil protection agency, told the Ansa news agency.

A ‘huge shock wave’ from the explosion was felt 100 metres, Mr Cocina added.

He said a preliminary finding indicated that someone calling a lift may have set off the explosion.