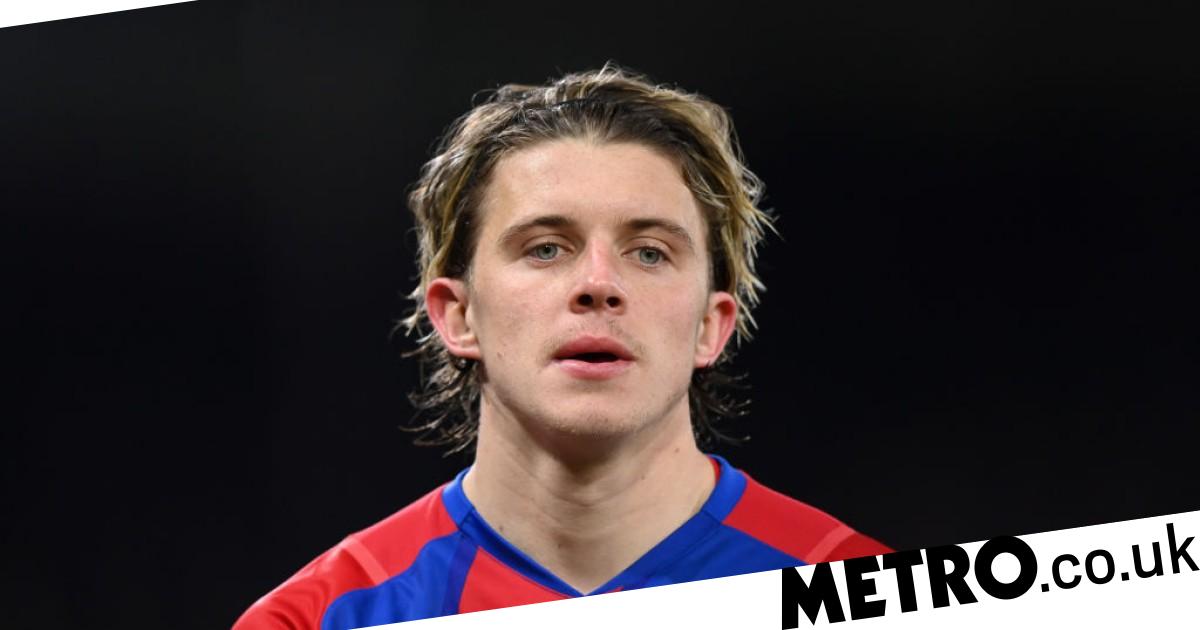 Former Chelsea winger Shaun Wright-Phillips has blasted his old club for not allowing Conor Gallagher to play against them in Sunday’s FA Cup semi-final.

Gallagher has spent the season on loan at Crystal Palace from Chelsea and has emerged as one of the Premier League’s best young midfielders, with eight goals and five assists in all competitions for the Eagles.

His efforts have seen him capped by England for the first time and have helped Palace reach the semi-finals of the FA Cup for only the third time in the last 27 years.

However, he will play no part in the game at Wembley after Chelsea turned down Palace’s special request to allow the 22-year-old to play against his parent club, a decision that, while understandable, has received much criticism, not least from Palace’s manager Patrick Vieira.

Speaking to Metro Sport, via Lord Ping, Wright-Phillips also slammed the call, saying: ‘I don’t agree with the fact that loan players can’t play against their parent team. I’ve never agreed with it.

‘For me, if you think he’s that good then play him in your team, give him his shot to show what he’s capable of. You obviously didn’t want to give him his shot, you put him out on loan and now you turn around and you’re nervous for him to play against you. Make your mind up which one is it.

‘If he’s good enough to play in your team than keep him at your club and play him. They’ve let him go and now he’s missing out on a big occasion just because Chelsea don’t want to play him. I think that’s really unfair on him.’

Much has been made of what Gallagher will do once his loan ends in the summer with Thomas Tuchel previously saying that the midfielder is in his plans for next season, but with Chelsea already stacked with quality players it may be hard for him to break into the Blues’ team.

With a place in England’s squad for the Qatar World Cup at stake, some have wondered if his future may lay away from Stamford Bridge.

‘I think Gallagher has a lot to offer in the future, I think he’s been fantastic this season and he’s shown a lot of qualities that Chelsea probably didn’t think he had hence the reason they loaned him out in the first place,’ Wright-Phillips added.

‘You can see how happy the boy is playing his football at Crystal Palace and whether he’s a massive Chelsea fan could change things. If he wants to play for Chelsea because he’s supported them all his life, then in all likelihood he will stay at Chelsea.

‘But I think if he’s looking at the football side of it, I think it would be such a positive thing for him to make his name at Crystal Palace like he’s done and continue to blow teams away because at times he’s destroyed a lot of teams.

‘He could go a long way and he needs to be playing as regularly as he is to further his career right now. Even if he just goes back on another season long loan just to get another season under his belt, rather than being in a rotation system because if you look at the situation that Ruben Loftus-Cheek and Callum Hudson-Odoi have been in.

‘I don’t think Hudson-Odoi has played one full season. I think Loftus-Cheek did because he went out on loan twice but then he’s come back and he’s just on the border on the fringes all the time and it’s not right for them. They just need to play football now and show people what they’re made of.’

In addition to Gallagher, Vieira also confirmed that Palace may be without several other star players Tyrick Mitchell and Michael Olise due to injury, but Wright-Phillips, who won the FA Cup twice with Chelsea and Manchester City, ‘100%’ believes that the Eagles can cause a massive upset.

‘Palace have what it takes to turn over a lot of teams within the Premier League and I think they’ve shown that throughout the season,’ he added. ‘The only thing that’s really let Palace down is sometimes they’ve just been inconsistent, and they haven’t delivered what people know they can, so I think they’ll definitely be up for this game.

‘And with the attackers like Olise, Wilfred Zaha, Eberechi Eze and Jean-Phillipe Mateta, they’ve got enough fire power to kill and destroy a lot of defences and if Chelsea ain’t careful it can happen to them.’


MORE : Marc Guehi reveals the moment he knew he had to quit Chelsea