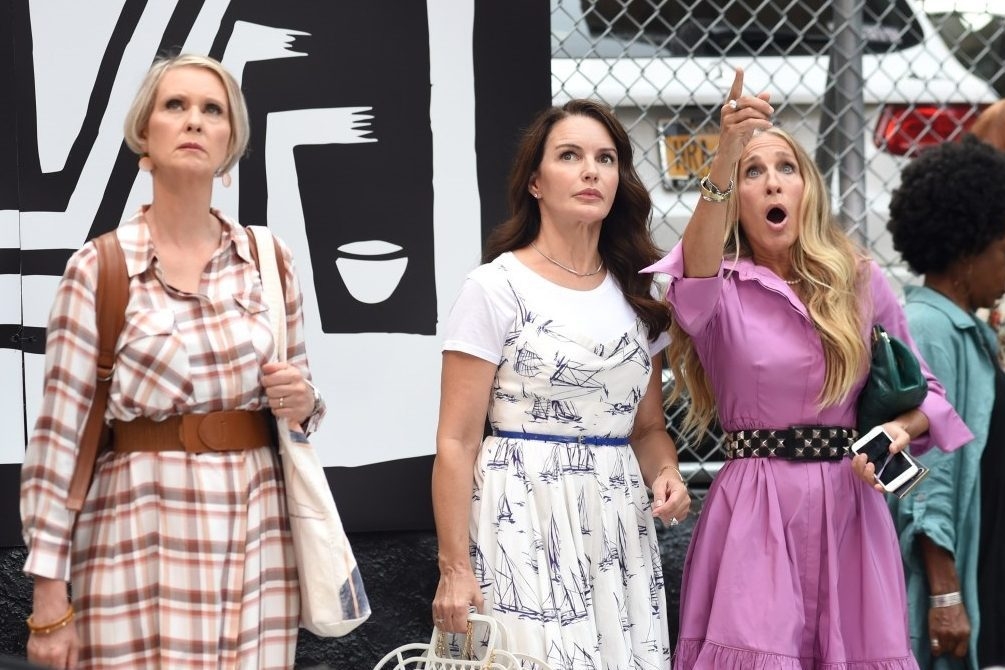 On Saturday night, I parked myself on my couch, bowl of popcorn in hand, ready to be disappointed by the first three episodes of And Just Like That – the Sex and the City reboot now airing on HBO Max.

Like many Gen X and millennial women, the original Sex and the City holds a special place in my heart. When I first discovered the show in university, I saw Carrie and her friends as compatriots; cool, wise-cracking older girlfriends lighting the way as I navigated the quagmire of sex and dating in my early 20s. Whenever I was going through a dramatic breakup (a nearly weekly occurrence back then), my VHS copies of Sex and the City were there waiting to comfort me back at my dorm room.

After enduring the second SATC film (a schmaltzy romp chock full of problematic stereotypes that all but ruined the series for me), my expectations for this reboot were rock-bottom low. However, I was mildly optimistic that maybe, just maybe, it would prove me wrong. At the very least, after the two years we’ve had I was hoping the series would deliver some frothy escapism and a few good sex puns. I’ll take all the “Lawrence of my Labia” quips I can get right now!

Instead, the first few episodes of And Just Like That left me with more questions than answers. What exactly is wrong with Steve’s hearing? Is Anthony’s sourdough any good? Who’s Samantha’s florist?

And most importantly, where is all the sex?

With Samantha (played by Kim Catrall) now living in London and conspicuously missing from the series, the only character who seems to be getting laid with any kind of regularity is Brady Hobbes – and frankly, if I wanted to see teenage gingers getting it on I’d just tune into Riverdale.

The thing that Sex and the City once got so right – revolutionizing how we talk about sex among women – is precisely what the reboot gets so wrong.

Shying away from portraying the sex lives of women in their 40s, 50s and beyond, only further stigmatizes them. As Aguirre shares, “the characters don’t need to echo the misconceptions that viewers across the world have about folks forty plus seeking pleasure. They should break that stigma unabashedly promoting pleasure at any age.”

After all, while Samantha may no longer hold a place at the brunch table, you better believe “she’s got a line of London hedge fund daddies begging to buy her next bottle of Dom,” remarks Daniel Saynt, founder & chief conspirator of NSFW ,, a sex and cannabis-friendly private members club.

Alas, maybe I was asking for too much, but I was craving the familiar feeling of seeing me and my friends’ sex lives – this time, in all their beautiful, scream-out-loud, pleasureful, nuanced, messy, middle-aged glory – reflected onscreen.

Instead, much like the attendees of the funeral that dominates the second episode, I found myself mourning the end of an era.

At least the flowers were pretty.