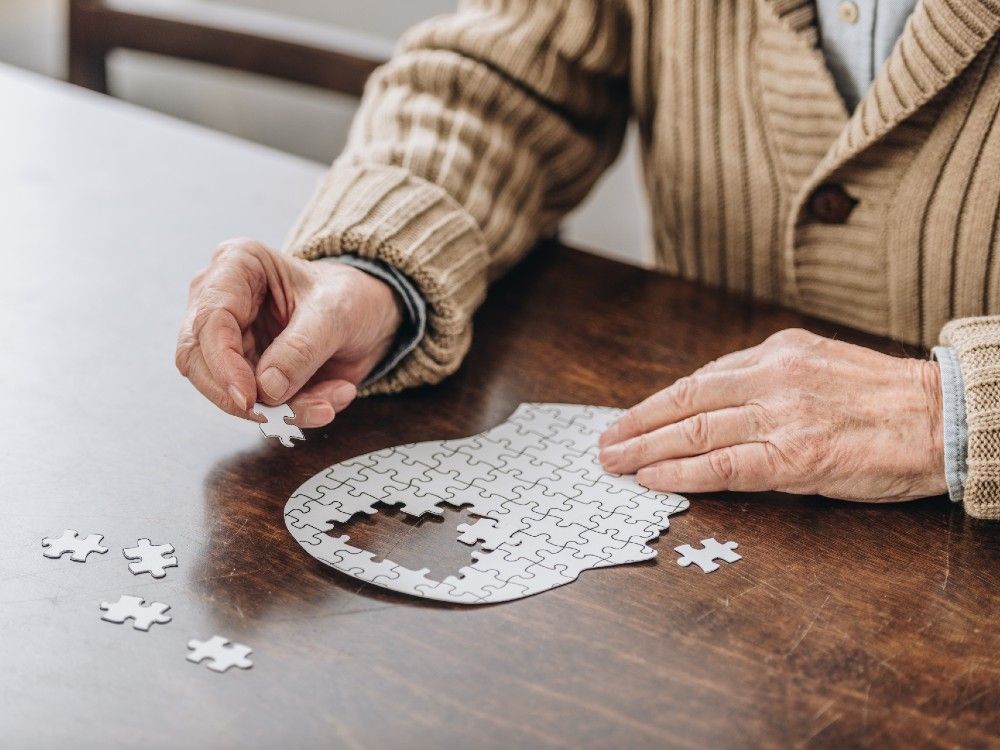 Like the seasoned and celebrated broadcaster he is, Jay Ingram offers calm and reassurance.

The current Calgarian was spokesman for Alzheimer Awareness month in January. He told me, during a recent phone conversation, that if I didn’t have dementia at 73, I was probably in the clear — at least until my 80s.

“Given how old you are,” Ingram said, “you’re never going to get early-onset Alzheimer’s.”

I do remember Ingram, a Member of the Order of Canada who quit a PhD program to become a science writer/broadcaster. His host gigs included Quirks and Quarks on CBC radio and Daily Planet on the Discovery Channel.

Ingram lost his mother to dementia. He’s had other family members with the illness and believes we should eliminate the stigma of dementia and normalize our relations with sufferers.

“I have a funny sort of split relationship with Alzheimer’s and dementia,” Ingram told me. “As a scientific challenge, it’s really interesting and important. But then seeing (it in) not just my mother but my favourite aunt and my father-in-law, it spurred my interest.

“It’s not the happiest topic always. But I get the sense things are moving fairly quickly.”

That doesn’t mean we’ll have a breakthrough cure in a couple of years. But Ingram sees a positive trend, not just in treatment but how to better help people who are living with dementia.

“I’m not really a baby boomer,” he said. “I’m in some stupid generation. I don’t even know what it’s called.”

Skeptical of imminent drug treatments for Alzheimer’s, Ingram estimates we are 10 years from a cure. Until then, there is “increased focus on what you can do during your life to reduce your risk.”

Ingram offered a list of the most important things we can do to keep the affliction at bay:

“If you’re a diabetic, staying on top of that”

This one’s important: If you suspect hearing loss, get tested because the affliction throws a wrench into interaction.

“Diminished hearing reduces your social activity,” Ingram said. “If someone suggests going out to eat with six other people, your first reaction is ‘Aw (darn), I’m not going to be able to hear half the people at the table.”

Social activity is important. But it’s been compromised — for dementia patients and everyone else — by COVID. Video and virtual contact help, but they’re no substitute for hugs.

Ingram also emphasizes the importance of improving our caregiving for dementia sufferers. He cites the example of an Alzheimer’s patient saying he’s going to San Francisco tomorrow, only to be told that the trip will not occur.

“What’s the point of correcting them?” Ingram asked. “At best they’ll ignore you. Or they might be frustrated or depressed or put off.”

His suggestion: Ask what they’re planning to see in San Francisco.

“There is absolutely nothing wrong,” he said, “with playing along with what you could call a delusion. Because in the end, I’ve really come to realize this strongly, your only goal in visiting someone with dementia is to leave them happier than when you arrived.”

Truthfulness is not as important as interaction. If the dementia patient says he had lunch with Pablo Picasso and Winston Churchill, ask what they ate.

“It requires a lot of patience,” Ingram said. “But you’re there to give.”

Pending an Alzheimer cure, we have to develop better ways of caregiving.

Also, Ingram said — and I couldn’t agree more — improve the pay of caregivers. They do vitally important work. And it’s not easy.

“There’s this unrealistic fear that you’re going to inherit it. Of course that’s natural, because if your mother or your father had it, you see what that’s like. And you don’t want it.”

Ingram’s parting advice to me: Pay attention to the risks and stop worrying.

— Mike Boone writes the Life in the 70s column. mchlboone@gmail.com